Leonid Ushkalov on the origin, legacy, and topicality of Ukrainian aristocracy

Leonid USHKALOV (b. 1956) is a Ukrainian philologist, writer, Doctor of Letters, professor. He was born in Krasnopillia, Sumy oblast. Studied at Kharkiv State University’s Philology Faculty in 1977 to 1982. After graduation, worked as lecturer, associate professor, and full professor at the Department of Ukrainian and World Literature of Hryhorii Skovoroda Kharkiv National Pedagogical University. Successfully defended the Candidate’s degree dissertation (“The Oeuvre of Hryhorii Skovoroda and Antique Culture”) in 1989 and the Doctoral dissertation (“Ukrainian Baroque Literature and its Links with Philosophy”) in 1996 at the Taras Shevchenko Institute of Literature of the National Academy of Sciences of Ukraine. Conducts research in the history of Ukrainian literature, philosophy, and theology; is the author of popular-science and children’s books. A compiler, translator, author of prefaces, notes, and commentaries to many publications on Hryhorii Skovoroda, Taras Shevchenko, Hryhorii Kvitka-Osnovianenko, Pavlo Tychyna, Maksym Rylsky, the epochs of Ukrainian baroque and Executed Renaissance.

So, when our newspaper decided to examine the topic of the aristocratic component in Ukrainian culture, we could not imagine a better interlocutor than Mr. Ushkalov.

Let us first decide on terms. Who can be called aristocrats in the history of Ukraine? What kind of people are they, of what customs and origin?

“To understand what the term ‘aristocracy’ means in our tradition, we should consult dictionaries. They usually suggest two meanings of this word: 1) a government or state ruled by the elite or privileged upper class; 2) a class of persons holding exceptional rank and privileges, esp. the hereditary nobility. This is a Greek word that derives from the adjective ‘aristos’ (‘first, best, noble’) and the noun ‘kratos’ (‘power, authority’). This word must have come into the Ukrainian language from German via Polish. In any case, the word Ioannykii Galiatovsky used in his Key of Understanding (1665) corresponds to the Polish ‘arystokracja.’ This is about the word. 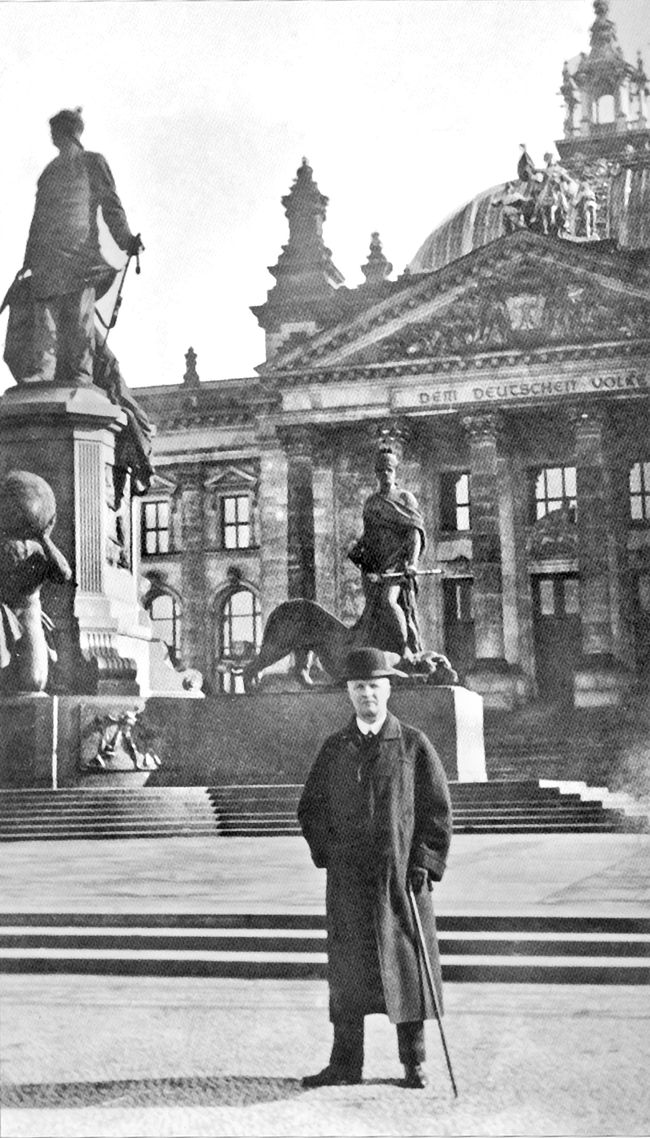 HETMAN PAVLO SKOROPADSKY DURING HIS VISIT TO LONDON, MAY 1934

“And now about the notion itself. Who were Ukrainian aristocrats? In the era of Kyivan Rus’ monarchy it is, above all, the Rurikids. They gradually vanish from the Ukrainian horizon somewhere at the turn of the 17th century. Do you remember a long list of princely families, gave up Orthodox faith, in Trenos (1610) by Meletius Smotrytsky? The Wisniowieckis, Zaslawskis, Zbaraskis, Sanguszkos, Czartoryskis

The descendants of some of these families are still living today.”

To what extent was this connected with European context at the time?

“Very tightly. The proof of this is, first of all, many dynastic marriages. Suffice it to take Volodymyr Monomakh. His mother was a Byzantine princess and wife – a daughter of English King Harold II Godwinson. Or take Kyrylo Rozumovsky, the last hetman of Ukraine. His son Andrii, ‘Archduke Andreas,’ as he was called in Vienna, was married to Countess Elisabeth Thun-Hohenstein. Aleksandr Vasilchikov, a historian of the Rozumovsky family, once said: while the first generation of the Rozumovskys remained true Ukrainians forever and loved passionately their homeland, the second one became French and German aristocrats pure and simple.”

Proceeding from the aforesaid, what can be called heritage of aristocratic culture in Ukraine? How did it manifest itself in various fields?

“Let us begin with Ukrainian landscapes. Yes, landscapes. For example, I recalled Kyrylo Rozumovsky. What legacy did Ukraine’s last hetman hand down to us? A gorgeous palace in Baturyn? Certainly. But, more than this, it is Shevchenko-praised pyramidal poplars, a true symbol of Shevchenkian Ukraine. Word has it that Rozumovsky himself cultivated this tree brought from Italy. This also applies to architecture. For example, St. Sophia Cathedral in Kyiv is nothing but a Byzantine temple built by Kyivan Rus’ rulers, to which Petro Mohyla, also a person of tsarist blood, applied a baroque style in the 17th century. And the temples of Mazepa? And the later estates of our aristocrats! Danylo Shcherbakivsky had a good reason to say that the first half of the 19th century was a ‘landlord estate period’ in the history of Ukrainian art. Take, for instance, Kybyntsi of Dmytro Troshchynsky: here is a theater, a big library, a collection of pictures, weapons, and coins, and such unique item as Queen Marie-Antoinette’s desk. Or take Hryhorii Tarnovsky’s manor in Kachanivka: a wonderful classicistic palace visited by Glinka, Gogol, Maksymovych, and Shevchenko, a landscape park, a collection of pictures and antiquities, an orchestra. And still more – Yahotyn of Mykola Repnin, Dihtiari of Petro Galagan, Sedniv of Andrii Lyzohub 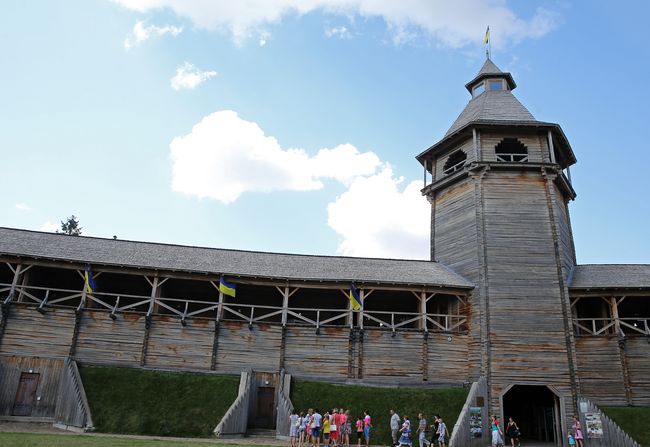 And it is only a fraction of what is worth recalling.”

To what extent did this cultural landscape and its creators influence our overall humanitarian development, including the current period?

“It seems to me it is difficult to overestimate this influence. How can we understand our culture without the ‘cultural revolution’ staged in the 17th century by Petro Mohyla, the greatest reformer of the Ukrainian Orthodox Church in all of its history? The present-day Ukrainian Greek Catholic Church is nothing but a continuation of the cause of Metropolitan Andrei Sheptytsky, a count from the Sheptytsky-Fredro family. Who established Ukraine’s first nature reserve? Count Volodymyr Didushytsky, whose line dates back to Vasylko, the brother of King Danylo of Galicia. We can also recall monarch writers – from Volodymyr Monomakh to Archduke Wilhelm Franz von Habsburg-Lothringen who wrote under a pen name of Vasyl Vyshyvany. Next to them are Natalena Koroleva (Carmen Fernanda Alfonsa Estrella Natalena Dunin-Borkowska), a gorgeous novelist of count’s family, and Daria Vikonska, the authoress of wonderful studies, essays, and a book about James Joyce. Incidentally, her grandfather Ivan Fedorovych belonged to one of the oldest aristocratic families in Galicia. He composed fine aphorisms. I have been repeating one of them to myself since I first read it: ‘You can only complain about fate if you deserve a better one.’”

But those who made the greatest contribution to the formation of this literature – Shevchenko, Skovoroda – were in no way of aristocratic origin. I could also give examples in other genres. Why did it occur like this?

“Naturally, both Shevchenko and Skovoroda were commoners. They did not keep aristocracy in too high esteem. For example, Skovoroda willingly quoted Plato’s maxim: ‘Every king springs from a race of slaves, and every slave had kings among his ancestors.’ And Shevchenko even spoke of an ‘aristocratic rotten breed.’ But both of them were ‘aristocrats of spirit.’ Suffice it to recall the poem ‘Funeral Repast,’ a marvelous example of a Byronic vision of the world, the ‘key to Shevchenko’s inner life,’ as Alfred Jensen used to say. But, sorry, I’m veering from the topic. Why did it occur like this? Because in era of Skovoroda and, moreover, Shevchenko, the Ukrainians had already turned into the most ‘plebeian nation’ of all of Eastern Europe. Stateless existence is the root cause of why our nation was reduced to a mass of peasants and deprived of its aristocracy. I am working on a book about Drahomanov. Presumably, it is Drahomanov who introduced the idea of a ‘plebeian nation’ into sociology. But I think it takes root in the ideology of the Cyril and Methodius Brotherhood. And the 19th century was in no way alien to our ‘Sixtiers’ too. Drahomanov said that, in the course of time, Ukrainian aristocrats ‘assumed features of the nationalities that dominated over the Ukrainian people: Great Russian, Polish, German (in Bukovyna), and Hungarian.’ As he quite rightly believed, ‘plebeianism’ is a very dangerous ‘malady that thwarts all the Ukrainian people’s efforts aimed at their economic and intellectual emancipation because the foreign states that did and still do possess Ukraine have robbed human masses of brains.’” 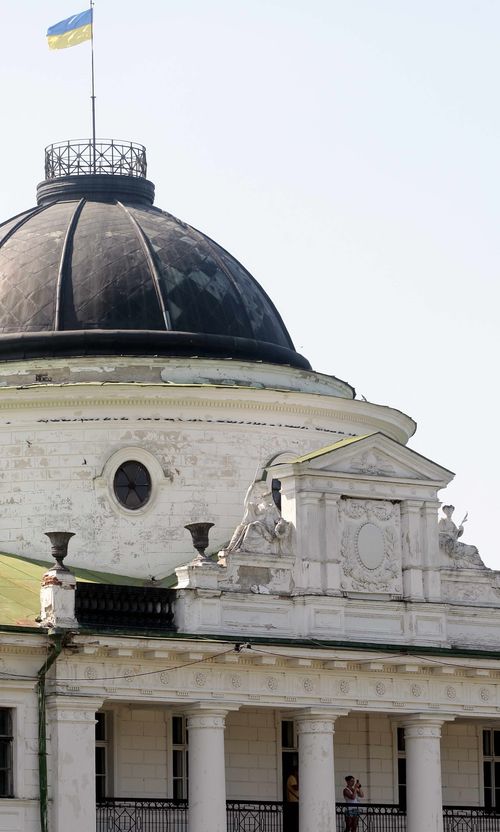 A PART OF THE MAJESTIC ESTATE OF HRYHORII TARNOVSKY IN KACHANIVKA / Photo by Ruslan KANIUKA, The Day

There is so much talk now about the importance of the true national elite and that the current political class does not respond to the challenges Ukraine is facing. Do you think it is right to use this terminology in the 21st century and single out any particular elitist ruling strata as a panacea for the crisis?

“I abide here by the golden rule of Skovoroda: all people are equal because they are different. It follows from this that elites, no matter what we call them, are a definite sign of a viable, and hence properly structured, society. Otherwise, we will run the risk of justifying the sarcastic remark of the protagonist of Hryhorii Kosynka’s wonderful novella Anarchists: ‘Fifteen million poets, ten million artistes, and the rest are sowing grain and dying of hunger!’ I’m saying this to you as a historian of literature.”