How creative history students from Kyiv have “revived” the past

This year, national-level centennial celebrations for the 1917-21 Ukrainian Revolution are continuing in Ukraine. Let us remind our readers that Den/The Day declared 2018 to be the Centennial Year of Hetman Pavlo Skoropadsky. Active citizens have held various events aimed at reviving the memory of the Hetman, such as a solemn prayer service honoring the centennial of Skoropadsky’s proclamation as Hetman and a march dedicated to the 100th anniversary of the Ukrainian State in Kharkiv. Meanwhile, history students enabled residents and guests of the capital to feel themselves transported to revolutionary Kyiv during the last weekend.

On June 15 and 16, students from the faculty of history, Taras Shevchenko National University of Kyiv conducted dramatized Skoropadsky-themed tours, named “Night at St. Sophia. Hetmanate. 1918” and hosted by the National Sanctuary “Sophia of Kyiv,” with the support of the Cultural Heritage Protection Department of Ukraine’s Ministry of Culture.

“Conducting Skoropadsky-themed tours was a dream of my life! When competing in the All-Ukrainian Historians’ Tournament as a ninth-grader, I had to answer a question about the hetman, so I started taking interest in his biography. He is superficially studied at school, but when you delve deeper into this topic, you understand the true scale of this figure, the concept of the Ukrainian Revolution. You are fascinated and because of it start to get involved in this process more and more,” we were told by Oleksii Rudenko, who leads the Night at the University Creative Association of Faculty of History Students at Taras Shevchenko National University of Kyiv. 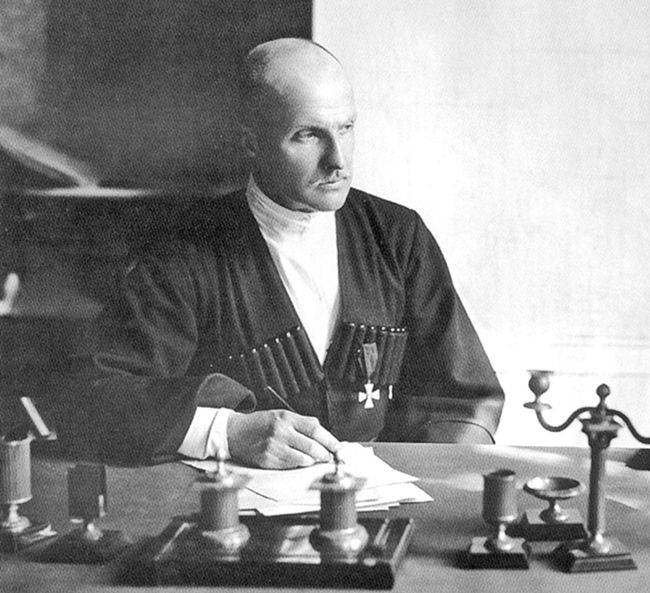 Rudenko created the Night at the University Creative Association in 2016, and it has become known due to its volunteer project of holding dramatized tours of various structures in Kyiv. This project is growing in popularity and attracting more and more spectators every time. Young historians have succeeded in moving beyond their alma mater, unlike most similar university associations, and they are confidently marching ahead as they vary the subject and scope of the events they hold. In the less than two years since the association’s establishment, the students have conducted a series of tours, in particular, presented the “NATO Night” project with the support of the NATO Information and Documentation Centre in Ukraine (Let us recall that The Day covered it in its No. 28 of May 8, 2018).

“We will travel today exactly 100 years back in time. From now on, the only reality is that of the Ukrainian State of Hetman Skoropadsky!” the tour guide began. Although it is wrong to call this lad a tour guide, he is rather a guide into the world of Skoropadsky, a graduate of the Faculty of History and Philosophy of the University of St. Volodymyr and an ensign of the 1st Serdiuk Guard Regiment of the Ukrainian State Army.

The events unfold quickly, actors unexpectedly pop out of the crowd, locations change, and red-faced visitors with enthusiastic looks run as they follow the guide in order to have time to see more. It seemed as if Bishop Nykodym had just blessed Skoropadsky in Sofiiska Square, but a moment later, people find themselves in the sanctuary. All of a sudden, everybody looks up at the belfry, from where young men read out the Letter of the Illustrious Lord Hetman of All Ukraine to the Ukrainian People. 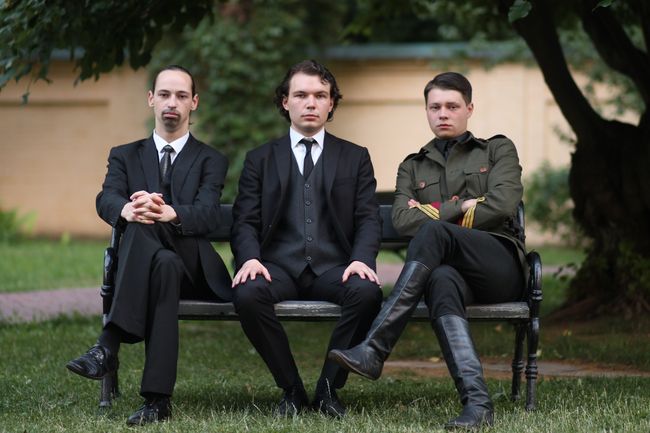 There was also time for interactive experiences involving the visitors. All the present were recruited into the army and underwent a formation drill session led by a captain. In addition, anyone could hold a rifle for a time and try their hand in a saber fight. At the end of the training session, the captain named those selected for the army, and advised everyone else to work for the benefit of the Ukrainian State and the Illustrious Lord Hetman as civilians.

Then the time travelers, that is, the visitors, went to Zvirynetsky Fort, where weapons and ammunition were stored during Skoropadsky’s reign. It was located on the territory of the present-day Hryshko Botanical Garden and took its name from one of the capital’s neighborhoods, called Zvirynets. The guide told them that on June 6, 1918, the military depot in Zvirynets, holding 2 million shells, exploded and covered with debris Pecherskyi District, while the University of St. Volodymyr had even had its windows shattered by the force of the blast. Approximately 1,500 people became casualties, and 900 homes were destroyed. Panic started throughout the city, and Kyivites began to leave Kyiv in droves, thinking that the Bolsheviks had shelled it. Skoropadsky reacted instantly to this tragic event and set up a committee to assist the victims of the explosion. In addition, the residents of Kyiv actively participated in the collection of funds for the needs of the victims.

“But not all people living in Kyiv were really worried about that matter. After all, speaking about the Hetmanate’s time, it is also important to understand that those people who did not imagine their life under new, revolutionary conditions were extremely pleased with this type of government. For them, the one-man government was much more understandable,” concluded the guide. 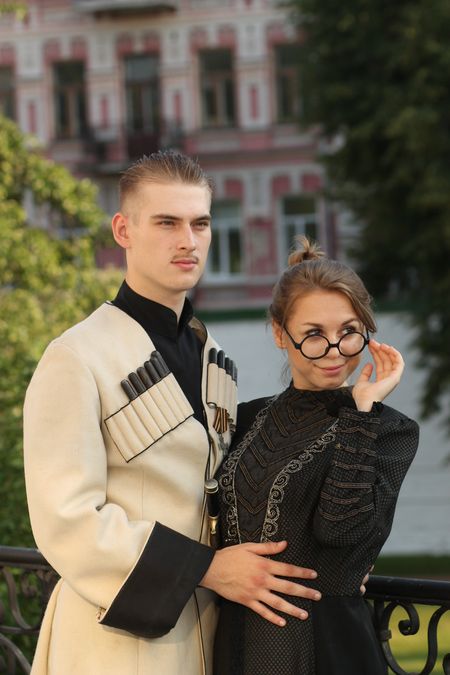 A great deal of attention was also paid to the issue of autocephaly, which is now just as relevant as 100 years ago. The tour team explained to visitors that the All-Ukrainian Church Council, held in May 1918, elected Antonii, a man of outright Ukrainophobic views, as Metropolitan of Kyiv. At the same time, the All-Ukrainian Orthodox Assembly of Churches called for the convening of another council, which would consider the possibility of autocephaly. Autocephaly (that is, independence from the Moscow Patriarchate) enjoyed particular support from Skoropadsky and President of the Ukrainian State’s Council of Ministers Fedir Lyzohub. In July 1918, it was precisely St. Sophia that hosted the All-Ukrainian Church Council, which confirmed the election of Antonii as the new metropolitan, but most of the government, that is, everyone apart from Lyzohub, was not in favor of autocephaly or even mere autonomy of the Ukrainian church.

The event turned out to be incredibly interesting and informative for adults as well as young members of the group, who may start wanting to become historians some day as well. Thanks to the creative students of the Night at the University Creative Association, visitors were able to “see” many of the famous figures of the time: Skoropadsky, his wife Oleksandra Skoropadska, Symon Petliura, Volodymyr Vynnychenko, Fedir Shvets, anarchist Marusia Nikiforova, actress Maria Zankovetska; join the military of the Ukrainian state; become “witnesses” of several murders and one of the attempts on the Hetman’ life, and ultimately, to touch history in person.