“Dnieper Rapids” landscape park to protect the pearl of Ukraine

The state of the environment is one of Ukraine’s many acute problems. As there are fewer and fewer places of wild and primeval nature left, they need more and more protection. This country’s main river, the Dnieper, is in the center of these problems. The problem is not only in the purity of its waters, but also in the condition of the banks of one of Europe’s largest rivers.

The Soviet government once declared war on the Dnieper and built a dam and a hydro power station in Zaporizhia. The intentions seemed to be good: to flood the Dnieper rapids, make the river navigable along its entire length, and produce the so much needed electric energy.

This resulted in a most serious environmental problem. The water that crashed against the rapids purified air for many kilometers around, thus creating a special microclimate. Excellent black earth, forests, and habitats of many animals were flooded and made unserviceable. Some historical sites were also inundated. Are navigation and generated electricity worth the damage done to nature? The answer is unequivocal, and the solution of this problem will require a lot of many nationwide and local efforts. 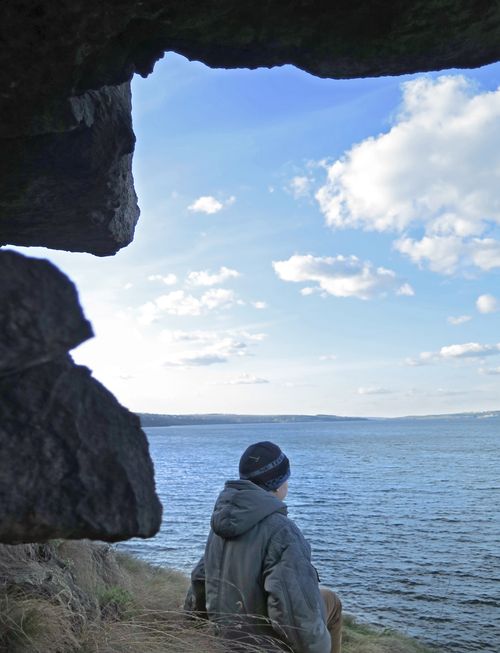 The closure of Dniprohes and other Dnieper hydroelectric power plants is not on the agenda now. It will take a long time to tackle this huge problem. First to be addressed are problems on the Dnieper’s banks, including those near large urban agglomerations, such as Dnipro-Novomoskovsk-Kamianske.

It is a multifaceted and multifactor problem. One of the ways to solve it (which is a world practice) is to establish national and regional landscape parks. Under the Ukrainian law, these parks are areas of manmade buffer landscapes and managed natural reserves. The latter is particularly important because sand, gravel, granite, etc., are being extracted now on a practically unregulated basis on the great river’s banks. This causes grave and somewhat irreparable damage not only to the river, but also to water-bearing layers and soil. More often than not, the black earth stratum on the banks shows the signs of thinning, not to mention the damage to fauna, including the birds that continue to nest in groves, gullies, and other places near the Dnieper.

In spite of being flooded with the Zaporizhia reservoir’s waters, the river banks between the regional centers Dnipro and Zaporizhia still show some rocky segments and protruding granite formations, which means that the famous rapids used to begin here.

These places are still inhabited by the animals and plants that used to be typical of the unique Dnieper rapids territory. Fish spawn in shallow-water bays. The gullies Vorona and Velyka Osokorivka have been declared ichthyologic sanctuaries, the importance of which for reproducing fish resources in the Dnieper is impossible to overrate.

There still are some relict plants in the areas adjacent to the Dnieper – 150-300-year-old oak trees grow in 40 gullies. Experts estimate that there are about 1,000 oak and pear trees aged 100 and more years there.

Dnieper region nature conservationists have set themselves a goal to establish the “Dnieper Rapids” regional landscape park. The point is, of course, not only in this. The industrial region with a large number of air and soil emissions and the acute problems of clean water badly needs this kind of parks – also to improve the health of the populace.

There is also another factor of no small importance, to which not enough attention is paid, unfortunately, in this country. It is green tourism. Ukraine’s nature abounds in places that could attract tourists from all over the world. The Dnieper region is undoubtedly one of them. Tourism is not only recreation and entertainment, but also an economy with a well-developed infrastructure, jobs, and inflow of extensive financial resources. As is known, the country needs the latter, not to mention taxes and other budget revenues.

Some countries virtually live off tourism and are in no way poor.

What prevents us from taking, in plain English, the money that in fact grows on trees? The answer is bureaucracy and an irresponsible I-couldn’t-care-less attitude to nature for the sake of a fast buck. Ukrainian business is still to become socially responsible, which is the problem of not only landscape parks.

It would be wrong to say that the establishment of these parks is not being discussed. Moreover, the Dnipropetrovsk Oblast Council has decided, albeit with a Herculean effort, to establish four regional landscape parks – “Dnieper Rapids,” “Samara Overflow Land,” “Dnieper Woods,” and “Kobylna Gully.” The first of these is to cover 4,900 ha in Solone raion, with another 10,000 ha to be taken in Dnipro and Synelnykove raions.

The decision was made as far back as 2008, but there has been no progress ever since. It is necessary to form the administration of “Dnieper Rapids” as a public utility company in order to begin funding and draw up a feasibility report specified by standard-setting instruments.

Enthusiasts and nature conservationists have done a great deal of work. In particular, they consulted with the Ministry for Ecology and Natural Resources and experts in other regions, who have experience in establishing this kind of parks and forming their administrations.

Full-time employees in a park will ensure minimal protection of the territory and regulate the flow of tourists. And, what is more, they will put an end to the uncontrolled extraction of stones and sand, as well as to encroaching on the still remaining nooks of wild nature.

It is no less important to preserve historical and cultural heritage and create conditions for researching, extending, and reproducing it.

The war against nature, which the Soviet regime waged so willingly and which is still going on, must be halted. The easiest way to achieve harmony between man and nature is to establish national and regional parks.

One of the most important steps in this direction is to carry out the plan of establishing the “Dnieper Rapids” regional park. It is the task of not only enthusiasts and nature conservationists, but also of the government. The latter must after all put the protection of not only the current residents of the region, but also of future generations on a priority basis.