Science is coming to you!

A new type of neural network and mobile solar power plants, gel implants, and artificial diamonds – all in all, 50 institutions of the National Academy of Sciences (NAS) of Ukraine have put on display nearly 400 very different developments. School students were also showing off their projects, which included a system for recycling tires, an ergonomic backpack, and even a bracelet that combats nerve breakdowns. With noon approaching, the usual bustle died down near the stands, as many participants wanted to listen to a lecture by Nobel laureate in physics Serge Haroche, themed “Reflections on the Symbiosis of Blue Skies Research with Technologies: Quantum Physics as an Example.”

The start of the All-Ukrainian Science Festival, which lasted from May 16 through 18 and was dedicated to the 100th anniversary of the NAS of Ukraine this year, was this dynamic. Its central venue was the Yevhen Paton Electric Welding Institute of the NAS of Ukraine, but events within its framework were held in all regions of the country, with over 1,000 activities in total. The NAS was, obviously, the main organizer, with branch academies involved as well, while the Embassy of France in Ukraine was the festival’s principal partner.

“WE HAVE NOT OVERCOME THE INDIFFERENT ATTITUDE TO SCIENCE YET”

The NAS of Ukraine is sometimes criticized for its outdated approaches, the lack of modern developments, etc. However, journalists were very few at the opening of the festival, where such developments could be readily seen.

“Despite all the difficulties, we still try to work and offer useful products which the nation needs, in both fundamental and applied fields,” said Anton Naumovets, the first vice president of the NAS of Ukraine. “The fact that only you and several TV channels’ crews are here from the press indicates a lack of interest. This is a demonstration of the fact that we have not overcome the indifferent attitude to science yet. This is the worst thing of all. Our industry, especially the portion focused on high-technology developments, has been effectively destroyed. The most striking example is the electronic industry, devices that use information technology. Therefore, we do have new developments, but nowhere to implement them. The state has not yet developed legislation that would stimulate businesspeople who are interested in innovation. The mission of the cabinet and government in general is to support our own industry in order to produce competitive products. And this can be produced only by the industry using innovative developments. Then we would earn more, too, as our own income from implementation of our developments.” 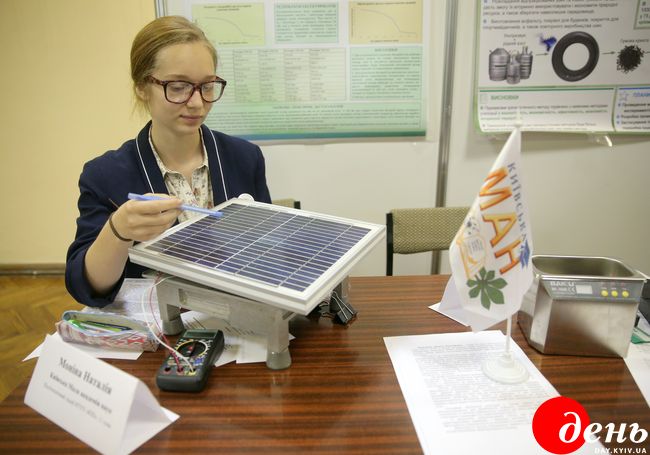 Incidentally, many of the developments on display were related to the military industry, as there is a program of the NAS aiming to improve the country’s defense capabilities. At the exhibition, one can learn about new materials for modern weapons and materials for military medicine, which are also eminently suitable for the treatment of civilian patients.

Out of non-military developments, Naumovets singled out the device that allows its user to remotely determine the state of plants, so that thanks to radio signals one can find out how plants are responding to drought, excessive precipitation, etc. “There are also many developments in the field of materials science, such as sorbents for blood purification, or elimination of harmful substance emissions,” continued the first vice president of the NAS of Ukraine. “Director of the NAS of Ukraine’s Institute of Organic Chemistry Academician Volodymyr Kalchenko delivered an interesting report on the excellent molecular materials synthesized at the Institute, which allow for selective extraction of harmful impurities from the water.”

By the way, aerospace research can be useful for completely down-to-earth purposes. The Scientific Center for Aerospace Studies of the Earth at the Institute of Geological Sciences of the NAS of Ukraine has several interesting initiatives for Kyiv.

“We use aerospace imagery to evaluate natural resources and the state of the environment,” we were told by Olha Sedlerova, academic secretary of the Scientific Center for Aerospace Studies of the Earth. “Using the Landsat program’s space images, we conducted the classification and zoning of Kyiv, and with the help of high-resolution images made a map analyzing the heat distribution network of Kyiv. On this map, heat losses are clearly visible within the city.” 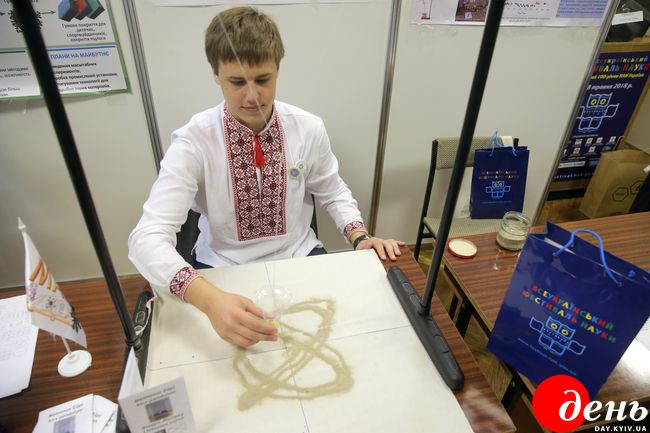 Also, scientists analyzed the environmental condition of Kyiv. “The theme of thermal islands is currently popular in the West, as people demonstrate how this or that city overheats in summer,” Sedlerova explained. “Also using Landsat’s images, we made a map showing how different zones of Kyiv overheat in July and August. The central districts are very overheated, with Solomianskyi suffering most.”

The developments that have already got the Kyiv authorities interested include a system of landslide monitoring. “In 2014, we participated in an exhibition of developments which the NAS institutions held for the Kyiv City State Administration (KCSA). We put up a poster showing Mysholovka and Vozdvyzhenka neighborhoods: how they had looked before, how people then began to remove the slopes during construction, and where it had led, as the soil started moving. Kyiv mayor Vitali Klitschko watched this. After that meeting, we were allocated municipal funding and did research on the Dnieper landslide zone. Using high-definition images, we have made a graduated map which shows places with high and medium risk of landslides. Having developed a geoinformation system, we have handed it over to the Office for Landslide Prevention Underground Works and the KCSA.”

A modern individual has any number of causes for becoming unnerved. Fifth-grader Volodymyr Trofimchuk is developing, with the help of his teachers, the “Insanity Stop” bracelet, which should prevent nervous breakdowns.

“I had – alas, do not have anymore – an old grandmother with a weak heart. I mused how to help her, and the idea of this bracelet occurred to me. I am creating it together with my teachers Andrii Luchkovskyi and Viktor Sokolov,” Trofimchuk told us. “It is planned that the bracelet will look like a regular smartwatch. With the help of special devices, it will read the indicators of body moisture, temperature, and pressure, these data will be processed by a circuit board, and so the individual’s condition will be determined. Then the screen will light up in color green, yellow, or red. Green stands for everything is well, yellow means it is advisable to visit a doctor, while red means one should call a hospital. If a person sees red light, has trouble walking, and does not call anybody, this device will send information to the phone number associated with the device.” 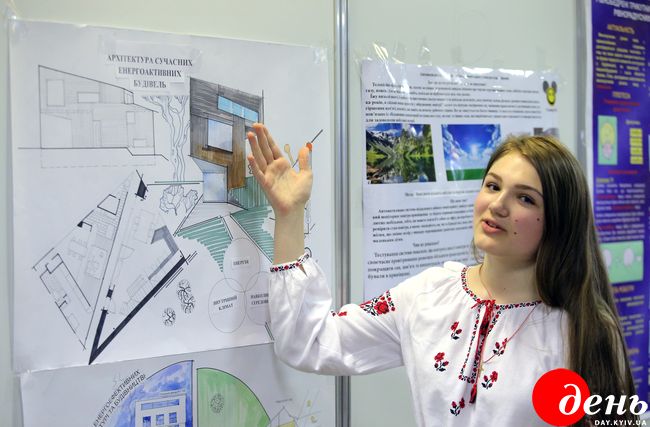 The development is at the programming stage, and the student has presented it at various contests, including those held by the Junior Academy of Sciences.

This is Trofimchuk’s second invention. The first was a multifunctional suspension for motor vehicles. “This suspension was to allow a vehicle to drive even over rocky areas, and give it the maximum off-road capability,” the fifth-grader shared his thoughts. “The project failed, because the suspension was too heavy, and tires very expensive. It is easier to buy a regular suspension and do not drive on steep slopes.”

The student attends a specialized School No. 304 in the capital city, which focuses on mastering information technology. “Even at kindergarten, I counted very well and already knew what the root and exponentiation were,” the boy smiled. “Mathematics is good, but if one has such abilities, one can go into computer science just as well. So, I started attending a specialized school and, in addition to computer science, began to work on inventions.”

It is hard to predict the ultimate fate of the “Insanity Stop” project, but such a bracelet would be in high demand. One way or another, the student treats his developments as an adult should, has learned to recognize their flaws, so we are confident he will come up with another interesting idea.