Expert says that unless the Ukraine-Russia Friendship Treaty is renewed, the agreement on the Sea of Azov may become null and void
Ivan Kapsamun

SEPTEMBER 11, 2018. OVER THE SEA OF AZOV / Photo from Serhii POPKO’s Facebook page

Colonel General Serhii Popko, commander of the Ground Forces, wrote on Facebook recently that Ukraine has deployed additional troops and equipment in the direction of the Sea of Azov: “In response to Russia’s aggressive activities in the Sea of Azov, the General Staff of the Armed Forces of Ukraine has ordered reinforcements for the group of the Armed Forces, including Ground Forces in the direction of the Sea of Azov. Measures are being taken to keep the situation fully under control, secure support of the naval group and a reliable defense of the coast. The region is being placed under constant control by joint brigades and territorial defense by missile, artillery, and military aviation units. I had the honor of presenting government decorations to officers and the men of one such brigade on combat duty in the region bordering the Sea of Azov.”

The day before, it became known that the Lubny and Kremenchuk armored artillery boats were deployed on the Sea of Azov to enhance Ukrainian naval presence there. These measures actually point to the implementation of a complex of measures earlier adopted by the National Security and Defense Council (RNBO), aimed at defending Ukraine’s national interests in the Black Sea, the Sea of Azov, and the Kerch Strait where Russia is hindering maritime transit. Since April 2018, Russian warships have been detaining foreign ships headed for the seaports of Berdiansk and Mariupol as they passed through the Kerch Strait. Russia’s actions contravene an international treaty under which the Sea of Azov is an internal sea for Ukraine and Russia and thus open for the free navigation of both countries. 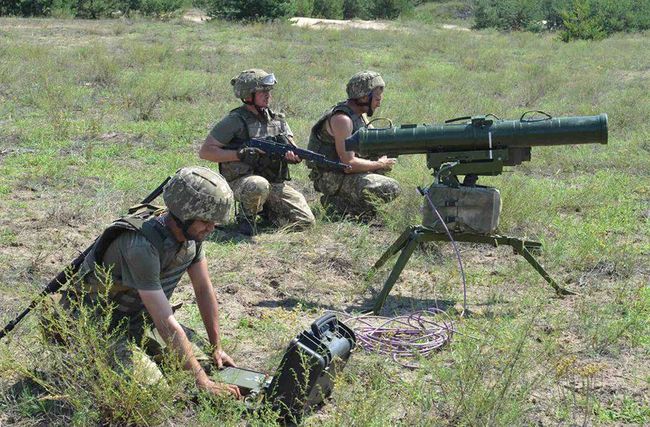 Fortunately, the Ukrainian administration has started responding to a critical situation that developed a long time ago and which has for the past six months been lamented by expert Andrii Klymenko and Admiral Ihor Kabanenko. Back in 2014, the Ukrainian Navy lost some 70 percent of vessels and at long last, now into the fifth year of war, the President “instructed to work out the Maritime Doctrine of Ukraine” after a recent RNBO meeting. It’s a shame it took so long and such belated measures can only encourage Russia to continue its aggression against Ukraine.

The Ukraine-Russia agreement on cooperation in the use the Sea of Azov and Kerch Strait, signed in 2003, is still effective. It has five articles that read:

— The Sea of Azov and the Kerch Strait are historically internal waters of the Russian Federation and Ukraine.

— The Sea of Azov must be delimited by the state border in accordance with the Agreement signed by both Parties.

— Mercantile vessels and other state non-commercial vessels flying the flags of the Russian Federation and Ukraine have free navigation in the Sea of Azov and the Kerch Strait. Mercantile vessels flying the flags of third countries can enter the Sea of Azov and pass through the Kerch Strait provided they are headed for a Russian and Ukrainian port or are on the way back.

— Military and other vessels of third countries that are used for non-commercial purposes can enter the Sea of Azov and pass through the Kerch Strait provided they are on a visit or invited or allowed to enter a port of either of the Parties with the knowledge and consent of the other Party.

— Disputes between the Parties in conjunction with the interpretation and application of this Agreement shall be settled by consultations, negotiations, and by using other peaceful means as chosen by the Parties. 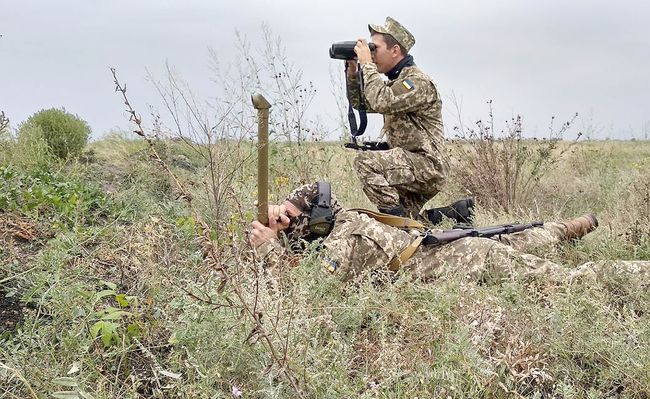 THE GENERAL STAFF OF THE ARMED FORCES OF UKRAINE HAS ORDERED REINFORCEMENTS FOR THE GROUP OF THE ARMED FORCES, INCLUDING GROUND FORCES IN THE DIRECTION OF THE SEA OF AZOV, AS PART OF A COMPLEX OF MEASURES TO DEFEND THE NATIONAL INTERESTS IN THE REGION

There are two controversial statements which will decide whether this treaty will remain effective. Olena Zerkal, Deputy Minister of Justice of Ukraine, declared that Kyiv does not intend to terminate the treaty with Russia. Borys Babin, the President’s Permanent Representative to Crimea, said his office is preparing documents for the possibility of abrogating the agreement. At this it is worth to recall the circumstances in which Ukraine agreed to sign the agreement in 2003.

In an interview with Channel Ukrlife.TV, Ihor Smeshko, head of SBU in 2003-05, said: “The Kremlin realized that Ukraine would offer resistance [e.g., the Tuzla conflict in 2003 – Ed.]. The signing of the Sea of Azov Agreement was a compromise of sorts. It was a political compromise meant to calm Moscow that was worried at the time about access to the Sea of Azov, especially for NATO warships. In 2003, the Verkhovna Rada passed the bill on the Concept of National Security and Defense. For the first time Ukraine’s full-fledged participation in the Euro-Atlantic security structures – NATO and EU – was legislatively confirmed as a strategic objective. It is also true that Russia was then actively knocking on NATO doors. In his well-known speech in Rome, Putin paid compliments to NATO. He also actively worked on Russia’s EU membership. Therefore, Ukraine’s tactic served its national interests under the circumstances. After Russia’s calculated maneuvers failed, an agreement on the Sea of Azov was quickly drafted. It was done in order to assure the Kremlin that no NATO vessels would be in the Sea of Azov, acting as a possible threat to Russia, as under the agreement, entry of foreign ships was possible only with the knowledge and consent of the signatories. In other words, Russia now had the right to veto such entry to the Sea of Azov. It was a compromise at the time.”

What about now? According to Ihor Smeshko, “to an extent, we are free of our obligations after the start of Russia’s aggression against Ukraine and its annexation of Crimea. The way I see it, this agreement makes no sense. Under it, we cannot adequately defend our national interests in the Sea of Azov and Kerch Strait; it denies us the influence of international law under the UN Convention on the Law of the Sea (1982). Over 172 countries joined this convention, among them Russia. If we terminated this agreement with Russia – and we have every moral, legislative, and political right to do so – we’d be under the jurisdiction of international law under the Convention on the Law of the Sea. We would automatically receive tangible privileges, including 20 miles of territorial waters and 24 miles of the exclusive economic zone. Besides, the convention contains all the procedures for settling disputes on the sea, involving international institutions and envisaging sanctions.”

Why hasn’t Ukrainian diplomacy considered this effective mechanism of returning this country to the protection offered under international law?

Andrii Klymenko, editor-in-chief, https://www.blackseanews.net, told The Day: “The Foreign Affairs Maidan Group has long been reiterating that the agreement on the Sea of Azov between Russia and Ukraine should be either terminated or suspended. Lawyers would know what to suspend and what to abrogate. We need a frontier on the Sea of Azov. We have none. As a result of this inappropriate agreement, the frontier is set along the line of the surf on the beach, that is, along the coast where the land ends. This is absolutely understandable, but there is the curious stand taken by the deputy foreign minister. It boils down to the allegation that everything is OK on the Sea of Azov and that the media are making a mountain out of a molehill – a finger pointed in our direction, considering that the Foreign Affairs Maidan has been carrying regular reports on the situation in the Sea of Azov. Only the military and Borys Babin, the President’s representative to Crimea, an expert on the law of the sea, have taken a stand similar to ours. The Ministry of Foreign Affairs has reacted to the contrary. Russia, in turn, objected to the dominance of the Law of the Sea in regard to the Sea of Azov, referring to that agreement with Ukraine. Indeed, back in 2003, the signatories somehow left the Sea of Azov and Kerch Strait out of the jurisdiction of the Law of the Sea. The preamble reads that the agreement is based on the Ukraine-Russia Friendship Treaty. In other words, if the Friendship Treaty is not renewed, the agreement on the Sea of Azov may become null and void.”