What do The Day’s experts think of the new Law “On National Security of Ukraine”?
Ivan Kapsamun

A new security law, “On National Security of Ukraine,” was passed in Ukraine last Thursday, with 248 MPs voting for the presidential bill. The previous law, “On the Fundamentals of National Security and Defense,” had been adopted as far back as 2003. According to Ihor Smeshko, former chief of the Security Service of Ukraine, the latter was “reasonable and balanced enough.”

“The law was passed when General Yevhen Marchuk was Secretary of the National Security and Defense Council and I was his first deputy and, therefore, directly participated in drawing up the law. So, I wonder why we were never asked, as experts, to voice our opinion on the new bill. As is known, it calls for repealing three laws now in force,” Smeshko told The Day (article “On unity,” No. 21, April 3, 2018).

The laws in question are “On the Fundamentals of National Security of Ukraine,” “On Democratic Civilian Control over the Military Organization and Law-Enforcement Bodies of the State,” and “On the Organization of Defense Planning.”

What is written in the new law? Firstly, it lays down the basic principles of national security and defense, the objectives and guidelines of governmental policies which will guarantee society and every individual protection against dangers. More in detail, it specifies the President of Ukraine’s powers to exercise strategic command of the National Guard via the General Staff of the Ukrainian Armed Forces when martial law has been declared. 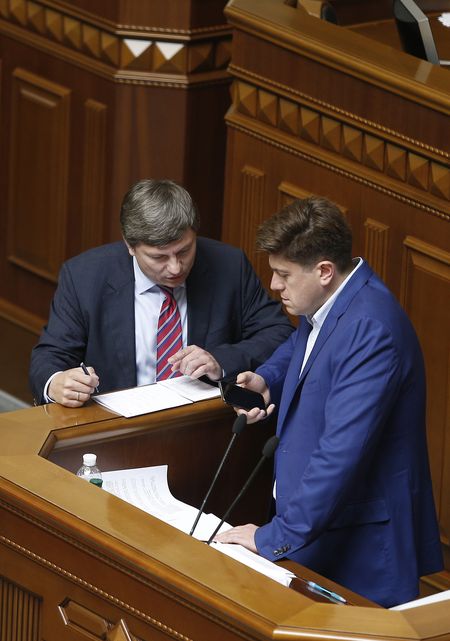 The document is the first step in bringing the uniformed services into line with NATO standards. In particular, the status of the Security Service (SBU) is changing – from now on it will be a special body with law-enforcement functions, which ensures state security, while strictly observing the rights and freedoms of man and citizen. Investigating economic crimes is now beyond the SBU’s competence.

However, this triggered heated debates in parliament. Particularly, MPs Hanna Hopko and Svitlana Zalishchuk insisted that changes about stripping the SBU of the function to combat corruption and organized crime be introduced directly to the law on the Security Service, but none of their amendments were supported.

The law separates defense forces and security forces. From now on, defense forces are to take relevant measures to ensure defense of the state and military security, whereas security forces are supposed to ensure Ukraine’s state and community security. Besides, the Law “On National Security of Ukraine” introduces democratic civilian control over the security and defense sector, including on the part of the Verkhovna Rada and the public.

The document says that allocations for the security and defense sector should make up at least 5 percent of the planned GDP, of which 3 percent will be spent on funding the Armed Forces.

Ihor Smeshko is rather critical of the new law. “I can conclude from what I saw that it is in fact a collection of political slogans that do not explain the essence of the law’s name and considerably worsen governance in the sphere of defense and national security,” he says. (For more details, see the abovementioned interview.)

Logically enough, the pro-presidential PPB faction came to a positive conclusion. According to MP Ivan Vynnyk, the bill signals the beginning of the Ukrainian army’s transition to NATO and EU standards. “An essential innovation is introduction of parliamentary and civil control over the Armed Forces and volunteer formations,” the party’s press service quotes the MP as saying. 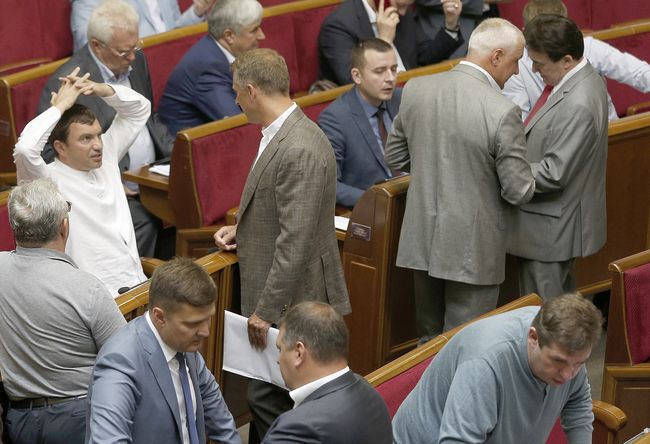 MEMBERS OF PARLIAMENT AFTER VOTING FOR THE LAW ON NATIONAL SECURITY

What do The Day’s experts think of the new draft law?

“The law on national security should lay the groundwork for all the reforms associated with the security and defense sector and aimed at Euro-Atlantic integration. We are really in the mess, for we have put the wagon ahead of the horse. There was a Ministry of Defense concept, and there was a Strategic Bulletin – already a road map for carrying out reforms in line with NATO standards. These documents are being actively implemented today, and military control bodies are being reformed. But it is all details. We need a law that will basically determine interconnection between reformation processes and become a reference point of sorts for reforms in the sectors of security and defense. And it is very important to provide for the security and defense sector. It should be a single body. The problem of interaction between the uniformed services has been very acute since the first days of Russia’s war against Ukraine. But, of course, it would have been better to pass this law in the very beginning. We are late here to some extent.

“To tell the truth, there is a traditional rivalry between special services, between intelligence and other branches… And this rivalry has existed since the beginning of independence. Nobody wants a rivaling body to penetrate into an alien territory and begin to establish their own order. It is this approach that hinders interaction. Now our goal is to break these stereotypes and switch to NATO standards in the finest sense of the word. It is not the compatibility of gun calibers that matters to NATO. What really matters to them is effectiveness of defense and security in the country as a whole. The No. 1 thing is to standardize legislation, which we are busy with now. One should also take into account that NATO standards have been honed for dozens of years and are the most effective, and we need them not only for moving towards the Alliance but also, and first of all, for boosting the effectiveness of our security and defense sector.”

“IN REALITY, THIS LAW SETS OUT A RIGID CHAIN OF COMMAND FOR TWO PEOPLE – THE PRESIDENT AND THE RNBO SECRETARY”

Valentyn NALYVAICHENKO, former chief of the Security Service of Ukraine:

“In the text of the Law on National Security, I first of all see the increase of the existing and the provision of new supervisory powers of the National Security and Defense Council (RNBO) secretary. I can see strict subordination of security and defense powers to the president and the RNBO secretary.

“Secondly, whether or not parliament wanted it, it is unexpected to me, and I don’t think it is a right measure – parliament gave up supervision over almost all the governmental bodies in the defense and security sector, including the SBU. It is accountability and many other ways of control. The law demands that all security agencies submit a written report to parliament once a year only. This innovation considerably narrows parliamentary control over the security and defense sector.

“Fourthly and mainly, my expert opinion is that lawmakers did not dare write in the passed law that protecting the security of every individual is the No. 1 task of security and defense bodies. I emphasize this. This law is about national security, but where is security of the Ukrainian citizen?

“In general, what is written in this law concerns the activities of RNBO. There is nothing new in it. In reality, the current law on national security set out a rigid chain of command for two people – the president and the RNBO secretary. But it still says nothing about counterintelligence or an antiterrorist center. Instead, this law simply repeats provisions of the existing laws – a juridical tautology of sorts.”