The day of reunification… and a minute of silence

Is there a chance for a dialogue or has the point of no return been passed?
Ivan Kapsamun

The government and the opposition have been so much lost in the game that the question is now not about their political future but about this country’s destiny. What experts were warning of during the protests has really happened. There are the first casualties, which is tragic. The law-enforcement bodies have officially confirmed the death of two protestors, while the media are reporting about four.

Both sides are to blame for the current situation in the country. The opposition, which has been calling for coming out on the Maidan, has failed, in two months, to offer a realistic plan of actions to meet at least some of the protesters’ demands. Today the opposition continues to call on the people to take to the streets and rejects any responsibility for the situation the country is in. 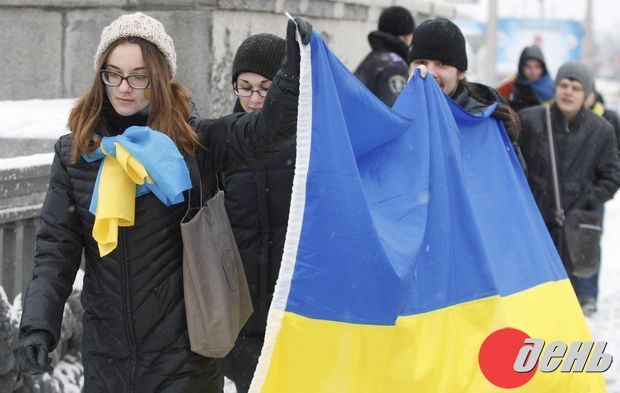 But the bulk of the blame for the situation lies with the government. It has been heedless of people for two months and stubbornly refuses to make any concessions. For example, no punishment has been meted out to those guilty of breaking up a students’ protest on the Maidan on November 30. After the latest events in Ukraine, the government has raised a storm of criticism from the West – both the EU and the US has expressed serious concern over the situation in this country. The United States went even further: it denied visas to some Ukrainians who were involved in violence. This has been confirmed in the US Embassy’s official website. The embassy is mulling over other actions against those held responsible for violence in Ukraine. 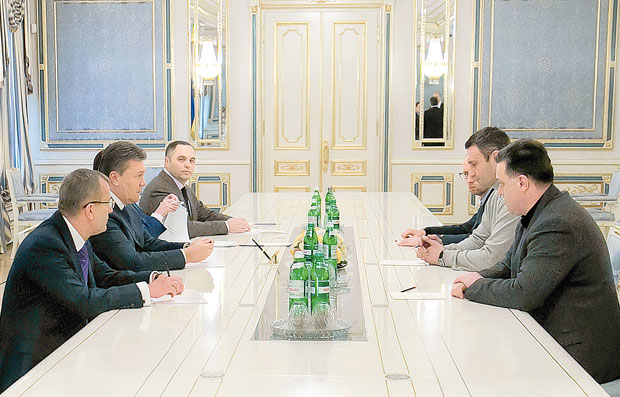 But there was also a positive piece of news yesterday. President Viktor Yanukovych has invited opposition leaders to hold talks to resolve the political crisis in Ukraine. As we were going to press, the talks continued.

Serhii TELIZHENKO, Candidate of Sciences (History); research associate at the Crimean branch of the Institute of Archeology, National Academy of Sciences of Ukraine; Luhansk:

“According to European experts and our intellectual community, the point of no return has been passed. There are the first dead and wounded. The President of Ukraine must show the political will. I can see only one way – to take to the street. As the experience of the past few months has shown, all the letters, requests, and statements of intellectuals have no impact whatsoever on the president’s opinion. 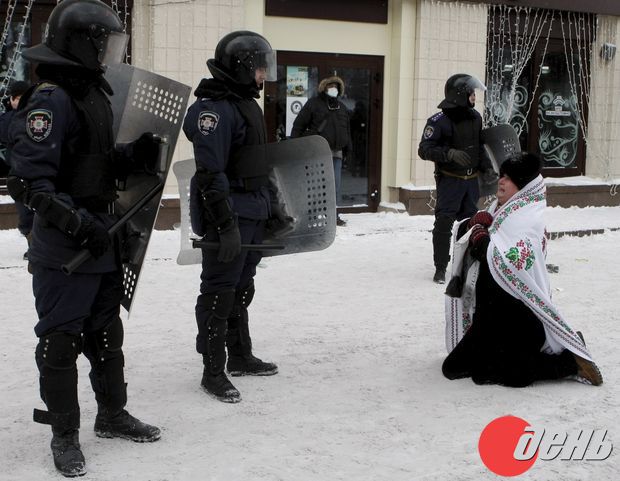 “There are many people (mostly aged above 45) in the Luhansk region, who wish to return to the USSR. So they may consider the threat of a split in this country as an opportunity to regain the life they lived in their young years. But there will be no return like this. There are not so many people in Luhansk, who think over this threat. People are being zombified by the ‘minutes of hate’ on local TV, news bulletins in Russia’s ‘Vesti,’ the 1st Russian Channel, and, maybe, the 1st National Channel. For example, the 5th TV Channel is not beamed to some districts of the oblast, and people cannot and, for that matter, do not want to receive information from different sources.”

Yevhen HOLOVAKHA, Doctor of Sciences in Philosophy, Deputy Director of the National Academy of Sciences of Ukraine’s Institute of Sociology:

“I think it is necessary to mobilize now those who consider themselves responsible for Ukraine’s fate. We need official statements from professional societies. I am not hearing writers, artists, academics, all those who have been given all sorts of honorary titles. Are they not realizing that they bear the primary responsibility? They have received everything from the public, they got all available awards, so, where is their word when the country needs it?

“Yes, we hear about the media’s position, but no one appeals to those who consider themselves intellectual or creative elite of society. 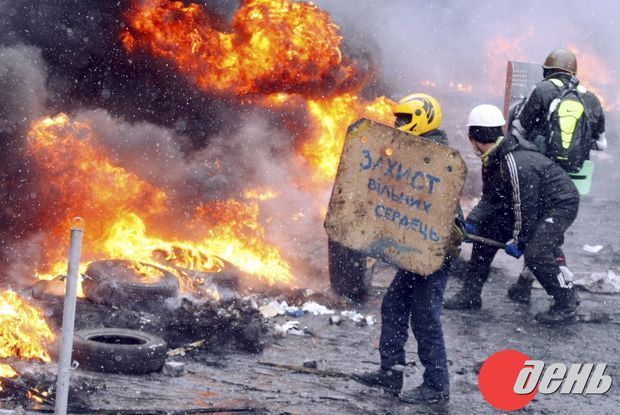 “Opposition leaders need to offer a real way out of this situation. They bear the final responsibility for the two months that people spent in the square. They called to stand until the end, but we ought to realize that people would have lost patience at some point, you cannot keep people outdoors indefinitely amid bitter winter. This political inaction has resulted in such a violent reaction of the people.

“On the other hand, we see the government’s despairing arrogance. We have already seen that it has chosen a path of aloofly disregarding most Ukrainians’ desires. A study conducted in the fall showed that most people supported the European choice. Moreover, support for a European future for Ukraine grew stronger yet in December, but they did not hear. Also, studies have shown that three-quarters of the population in most regions of Ukraine, and majorities even in the eastern and southern regions, opposed dispersal of the first, peaceful protest in Maidan. But the government did not hear it either.

“The threshold was crossed back on November 30, when a blatant violent crackdown occurred for the first time in Ukraine. It has all grown out of that crackdown. We understand perfectly well that a violent solution of the problem that the protest in Maidan poses for them will bring full-blown sanctions. Further escalation of the conflict could end in a civil war or a dictatorship, but it would be a real dictatorship, not a hypothetical legislative dictatorship which we saw emerging on January 16.

“It will deepen the split on a regional basis, unfortunately, this development is already on foot, even though we do not want it. For the first time in 20 years, I have a sense of very bad foreboding, I always saw some prospects, but now it is very hard to see any. It is still clear that provided good will of the authorities, we would see a strategy. The first thing to do to appease society is to repeal the January 16 laws. It is the only preliminary requirement for real negotiations – to abolish laws that led to this outbreak, and then try to understand how to resolve the political crisis.”