Elon MUSK: “AI is a risk to human civilization”

Where are the limits of human cognition? Does the worldwide community realize that there are red lines
Ihor Siundiukov

A DATE WITH A ROBOT ENDED IN FAILURE FOR... A HUMAN. ACTOR WILL SMITH AND ANDROID SOPHIA MET IN THE CAYMAN ISLANDS. SOPHIA REFUSED SMITH’S OFFER OF WINE, CALLED HIS JOKES “IRRATIONAL HUMAN BEHAVIOR,” CRITICIZED THE ACTOR’S MUSIC, AND RESPONDED TO HIS ATTEMPT TO KISS HER BY TELLING “WE WOULD BETTER STAY FRIENDS” / Photo from Twitter WILLSMITH

The rationalistic 18th century – the age of Enlightenment – with its linear understanding of social progress, and of society as a sophisticated mechanism (it was then such powerful doctrines as liberalism and Marxism were born to dominate the 19th and 20th centuries) is still predominant in countless advanced human minds, even if imperceptibly. Proof of this is the existing stubborn belief that scientific progress and cognition have an unlimited salvational potential; that the endless process of studying the Universe, nature, and man is the key to solving difficult planetary problems and the continuity of progress which is being interpreted in an extremely simplistic manner. One can still hear voices calling – even if in a roundabout way – for mastering absolutely all resources, all wealth (most likely in anticipation of super-profits). And all this despite the mounting worldwide environmental movement.

Here one is faced with an exceptionally serious Weltanschauung problem: Where are the limits of human cognition? Does the worldwide community realize that there are red lines (even if they don’t meet the eye) that cannot be crossed, that if they are crossed, there can be unpredictable environmental, social, energy, mental, biological, and countless other consequences, ones that defy imagination?

Elon Musk, an internationally known engineer, businessman, scientist, public figure, an incredibly active personality who is working on SpaceX’s mission to Mars, recently said: “AI is a fundamental risk to the existence of human civilization… If you’re not concerned about AI safety, you should be. Vastly more risk than North Korea.” 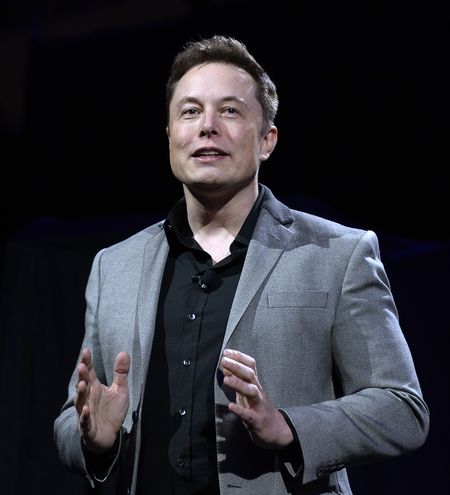 Unless one regards this warning as another brain game, it offers plenty of food for thought. The first and obvious conclusion would be that the superpowers are keeping nuclear arms under control, even if by the skin of their teeth – excluding North Korea and Iran, of course. Elon Musk doesn’t mean that nuclear weapons are good, he compares them to what he regards as the greater evil. Whereas some see artificial intelligence as opening up new fantastic horizons for the human race, it can actually secrete new threats which we can’t even start to imagine today. Suppose robots will learn to control humans and human civilization, tamper with our mind, our biology any way they choose, then what? Lots of sci-fi books, ranging from Bradbury to Asimov to Simak to Sheckley, have been written on the subject, and dozens of blockbuster movies made… Science fiction can quickly become a reality and there is ample proof. Who can guarantee that this particular challenge won’t face mankind before the end of the century, and that our children or grandchildren won’t witness this?

Summing up, all our great scientific revolutions have to date produced results expected by their authors, but there will be others (this is inevitable) with results that will take the human race completely by surprise. This means that you can’t be too careful. Caution is the watchword – it’s like making sure your kids don’t have matches to fool around with behind your back. Also, most outstanding scientists of the 20th century – in the first place, Einstein, Heisenberg, Dirac, Schroedinger, Bohr – and our late contemporary Stephen Hawking recognized, each in his own way, the existence of something man is unable to comprehend, some Supreme Force (not necessarily divine, synonymous with God). One is also reminded of Mary Shelley’s Frankenstein, a sapient monster created by a young unsociable scientist. Eventually, he lost control over the creature and the latter declared war on humankind (to think that this was written in 1819!). Finally, there is this biblical truth: “In all your words, remember eternity, and you will never sin.”