How to use the energy of the Euromaidan

“Whether Yanukovych signs the agreement in Vilnius or not, whether he enters the Customs Union or not, 100,000 people will always remind him that this country has a host, and it is the people”

In the background of Ukrainians’ political apathy, which has been present since the time of disappointment after 2004, the Euromaidan became a really positive phenomenon in the life of our country. The people’s dream to live according to European standards, all the more so when so much is talked about it and the agreement with the European Union was supposed to be signed soon, was the reason that drew them to the street on Sunday. Over 100,000 Ukrainians went on a rally in Kyiv to protest against the government’s decision to halt the preparations for signing the Association Agreement and Free Trade Area Agreement with the EU. 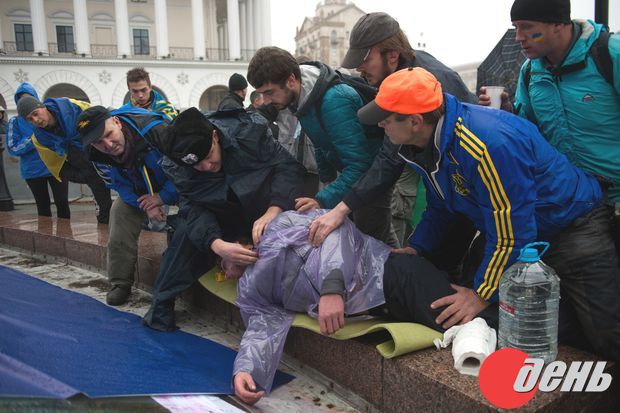 There was no medical personnel in sight and when one of the participants in the rally felt sick a militiaman provided first aid before the ambulance arrived, then silently left and joined his colleagues behind the fence. All those present applauded / Photo by Ivan LIUBYSH-KIRDEI

The public sector, social networks, and journalists were the main organizers of public activity. The opposition parties have played their role too, but they have not invented anything better than traditional gathering of their standard-bearers. Party banners were critically accepted by most of the participants of the rally. According to our information, 300 hryvnias were offered to make people stay for a day in a tent town, which was pitched after the protests were announced termless. It was clear that the opposition was not ready for such a high number of people, so it started to organize already during the protest. 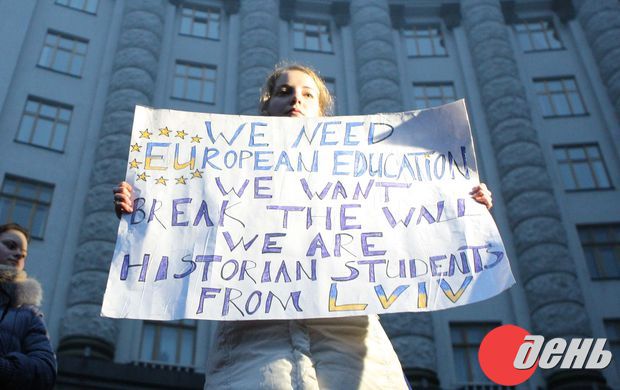 The people’s dream to live according to European standards, all the more so when so much is talked about it and the agreement with the European Union was supposed to be signed soon, was the reason that drew them to the street on Sunday. /  Photo by Ruslan KANIUKA, The Day

The opposition camp hardly understood how to use the energy that poured down on the street. Old slogans, political campaigning, forming of columns to break into the main administrative buildings which led to clashes with the police (a nice picture) is the old set which was offered for the participants of the rally. Maybe these are laws of politics and spin, but they caused rejection of the citizens. The demand of people for European behavior was misunderstood. Politicians, who have gone through more than one “maidan,” have long ago compromised themselves and in many ways their behavior was far from European. 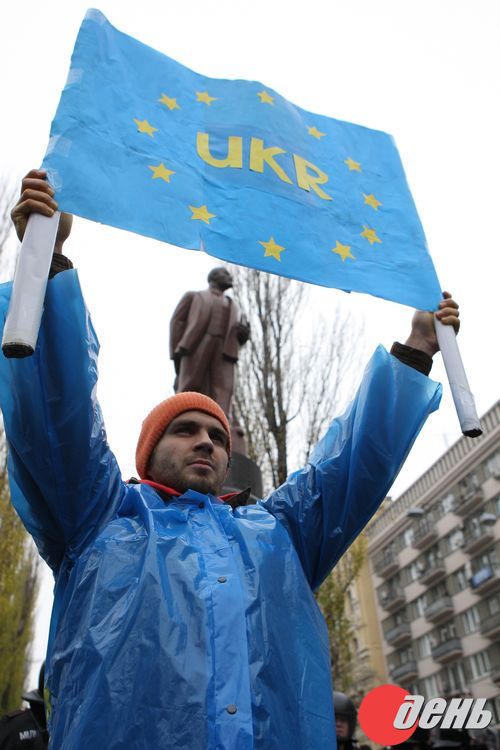 By all appearances, this is a big game which is gaining momentum, both in Ukraine – between the government and the opposition, and beyond it – between the geopolitical players: the EU, Russia, and the US. Few days are left till the moment, after which we will be able to draw up the results. So far it appears that the Ukrainian government has backed away – the statement of Prime Minister Mykola Azarov about halting of preparations for signing the agreement is already known. His recent public statements only confirm the resoluteness of the intentions. But the president keeps silent. His latest statement was published on Thursday: “Ukraine has been going and will continue to go towards the EU integration.” 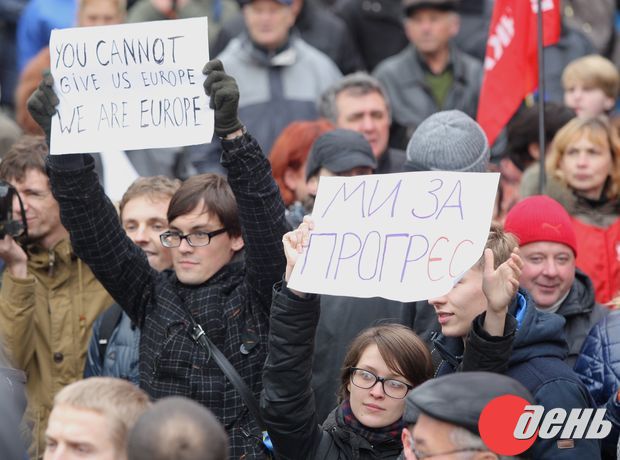 “Since 2010 Yanukovych has several times made steps both towards the EU, and towards the Customs Union,” political scientist Viktor Nebozhenko commented to The Day. “It is not important what decision he will make; clearly, it is not a principle thing for him. Nobody will perceive him as an initiator of accession to the CU or EU. Moreover, after Azarov made his notorious ‘managerial’ decision to halt the preparation for signing the agreement in Vilnius. If he wanted to look respectable, he should have thought earlier. Instability, indefiniteness, and unpredictability of President Yanukovych are clear to everyone, and it is bad: no matter who he negotiates with, everyone will be checking him rather than listening to him.” 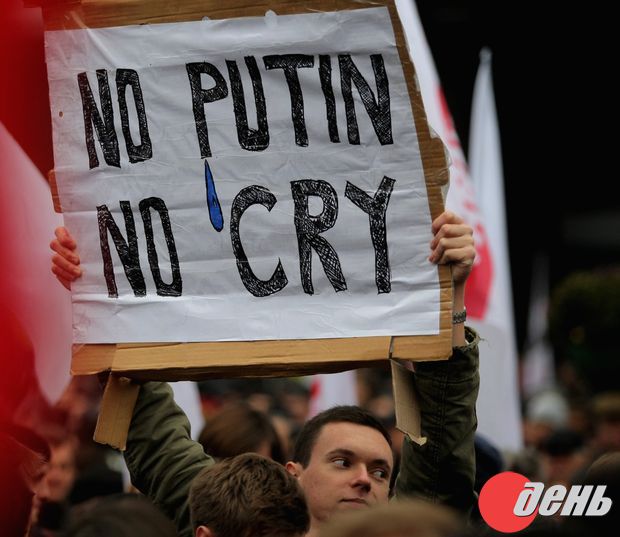