The lesson of the Revolution on Granite

Serhii ZHYSHKO: “The student hunger strike showed that Ukrainians could engage in head-on uncompromising confrontation with the ruling Communist elite”

REVOLUTION ON GRANITE WAS THE STUDENTS’ PROTEST ACTION THAT BEGAN NEAR PARLIAMENT, BUT WAS LATER TRANSFERRED TO MAIDAN NEZALEZHNOSTI DUE TO A LARGE NUMBER OF POLICE OFFICERS INVOLVED / UKRINFORM photo

It was the time of perestroika, the Soviet Union was crumbling, the country was still recovering from the Afghan War and shortages of everything, and the foundations of the state were reeling for a decade already since the oil price fall. As it turned out, the Soviet “family of nations” existed due to a few conventions which collapsed immediately after the “friendly noose” began to weaken its hold. It was the late 1980s. Blue-and-yellow Ukrainian flags were appearing in the streets, and the Ukrainian identity was becoming trendy. The Ukrainian Student Union was launched in August 1989. Dissidents, who had hidden in their kitchens or served long terms in forced labor camps, were now free to make their opinions public. The Communist Party, which was rapidly losing support among the population, was forced to yield to reality.

The parliamentary election for the Verkhovna Rada, still serving as the legislature of the Ukrainian Soviet Socialist Republic (UkrSSR), was held in 1990. The Communists got a majority, while the democratic forces formed the People’s Council faction and got 126 seats. But young people remained active and clearly unsatisfied with the democratic forces holding a third of seats in the parliament. At a People’s Movement of Ukraine (Rukh)’s conference, student Oles Donii declared that the democrats ought to win a majority. The Student Union intensified its work. Preparations began for a large-scale protest, which was to result in the first peaceful revolution, the so-called Revolution on Granite. 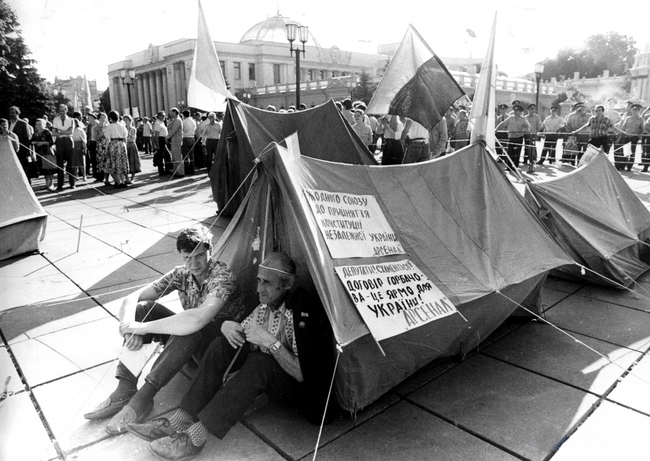 On October 2, the students announced a hunger strike and occupied the square that was to be called Independence Square (Maidan Nezalezhnosti), as the Mariinsky Park (the originally intended protest site) was full of police. Thus began the 16-day protest which had five demands:

• preventing the signing of a new Union Treaty;

• holding a multiparty Verkhovna Rada election no later than the spring of 1991;

• returning of Ukrainian soldiers to the UkrSSR and military service for young Ukrainians exclusively on the territory of the republic;

• nationalization of the property of the Communist Party of Ukraine and Komsomol;

• resignation of the Chairman of the UkrSSR Council of Ministers Vitalii Masol.

One can say that it was then, in October 1990, that the Maidan tradition of the modern history of Ukraine originated, even though such protests are sometimes seen as questionable events and often were only detonators with no systemic constructive work following. In fact, the next such event, known as the Orange Revolution was another case of people peacefully prevent an obvious injustice and usurpation of power, but it did not bring a radical change. After all, heirs of the Kuchma system, against which the Maidan gathered in 2004, went on to gain power once again. However, it can be said that Russia did not expect such a development then, and therefore could not intervene in the course of those momentous events. Unfortunately, the Kremlin empire drew appropriate conclusions, and the Russian security services actively “participated” in the next Maidan protest in the late 2013. 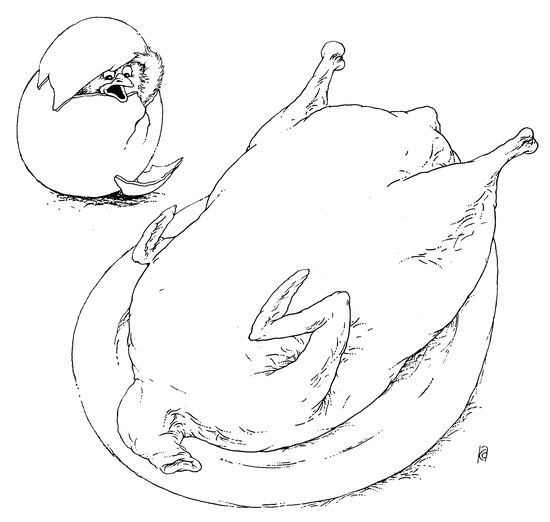 Sketch by Anatolii KAZANSKY, from The Day’s archives, 1996

The main problem is still the dissonance between the popular protest impulse and failure to build a proper state. Throughout all these 25 years, Ukraine was actually progressing “from a Maidan to another Maidan,” sacrificing its strength and even blood in short run at a time when we needed to build a state. Having been disappointed and succumbing, one wave of protests after another abated, and the political scene was being increasingly filled with political projects rather than ideological parties with a clear vision for the country. That is why the Revolution of Dignity failed to become a true revolution, in the same way as the Orange Revolution and the first of them all, the Revolution on Granite. Thus, none of these events has taught a good lesson for the next generations who have preferred emotional outbursts and short sprints to marathons of laborious state-building. Why has it been so?

“HAD WE HELD AN EARLY PARLIAMENTARY ELECTION IN THE SPRING OF 1991, THERE WOULD BE MUCH MORE REPRESENTATIVES OF PATRIOTIC FORCES THERE”

“I believe that the Revolution on Granite had its positive consequences for the revival of Ukrainian identity and Ukrainian statehood. These consequences had to do not only with the revival itself, but also with tactical contrasting of new and old political thinking. Effectively, it was then that Ukrainian patriotic forces began to enter the field of state-building. Therefore, these manifestations of protest were needed. I admit, of course, that such protests could have chosen different tactics and the results could have been different. It would have accelerated the development of Ukrainian society, since what the students and youths in general launched then was comparable to the events in Hrushevskoho Street during the Euromaidan. Unfortunately the Orange Revolution failed to accelerate evolutionary processes in society.

“October 2, 1990 saw a great rally gathering near the stadium which was attended by 100,000 people. It was initiated by the Rukh, the Ukrainian Republican Party, and other smaller patriotic organizations. The rally could have ended in lots of people marching down Khreshchatyk and dispersing instead of blocking the Verkhovna Rada, as some wanted, and then the potential of the protest would have been dissipated. But the students opted to sit down on granite pavement of the square and it gradually ignited a more fundamental conflict with five demands. Thus, the protesting Ukraine found itself clearly opposed to Soviet Ukraine. The government was forced to respond. I was with those who believed that we should have definitely held out until they implemented our demand of an early parliamentary election in the spring of 1991. Unfortunately, the only demand they implemented was to remove Prime Minister Masol. In addition, a partial de-communization occurred, because they closed down district committee offices. Had we had a new parliament elected, it would have had to implement this package of demands. Instead of 120-member People’s Council, we would have had many more patriotic legislators, maybe even a majority, as the protest wave was at a high then and it had to be exploited for that purpose.

“Ukraine’s independence could have been declared even before the coup in Moscow. By the time, the Communist elite had not reorganized itself for effective response and was just passively retreating. The masses rose up, but it was not exploited to force an early parliamentary election. However, it happened the way we know it to happen. Still, it was the student hunger strike that showed that Ukrainians could engage in head-on uncompromising confrontation with the ruling Communist elite. In addition, it showed that such a confrontation could be peaceful and end in political victories.”