Nature has lost a battle to... the business lobby

For 27 days, Ukrainians waited for their president to decide whether Ukraine would establish European-modeled relations with nature or not. And finally, the answer is here, and it is negative.

Late on October 31, the Verkhovna Rada’s web portal released news that President Petro Poroshenko returned to parliament two most important environmental bills, passed by that body on October 4: “On the Strategic Environmental Assessment” and “On the Environmental Impact Assessment.” The president decided to veto the two bills and propose amendments. That means that either the MPs agree to the amendments proposed by the head of state, and the bills will then be signed into law, or, if they refuse, these documents will be binned, and the work will have to start from scratch. According to MP Ostap Yednak, it effectively means continuation of “barbaric property developments, pollution, and corruption.” These bills were aimed, according to their drafters, “to protect the environment and human health from developers,” since the Law “On the Environmental Impact Assessment,” were it signed, would prohibit any planning for refineries, thermal power plants, nuclear fuel production facilities, ferrous and nonferrous metallurgy plants, chemical enterprises, construction of airports, highways, waterworks of sea and river ports without assessing the environmental impact first...

Ukrainians decided to finally address the environmental problems much too late already. These problems have reached the point where Ukraine tops the ranking of nations with highest air pollution-related mortality, which stands at 120 deaths per 100,000 people this year. Such statistics were made public by The Guardian. Meanwhile, the Day of the Environment in the Verkhovna Rada, held on October 4, was the first breakthrough in that field in many years.

In addition, the vetoed bills were part of the package of conditions for visa-free travel to the EU. By the way, as Yednak noted in his comments for The Day, the presidential veto against these environmental bills may significantly affect the European Parliament’s willingness to grant Ukraine visa-free travel, because these bills were supported by Rebecca Harms, among other things.

The Day tried to understand why the president decided to risk the prospects of visa-free travel, which he promised repeatedly himself, and what exactly concerned the president about these bills. We turned to experts of the International Charitable Organization “Environment-People-Law” (EPL) for a comment on Poroshenko’s proposed amendments. Their reply was as follows: the presidential proposals to amend the bills “On the Strategic Environmental Assessment” and “On the Environmental Impact Assessment” were unmotivated, sometimes blatantly erroneous, as well as bereft of specific proposals; also, they were previously considered and rejected by the drafters for a good reason.

According to the EPL, the presidential amendments to the bill “On the Strategic Environmental Assessment” indicate that he failed to get acquainted with the latest version of the bill. The proposals deal with nonexistent clauses and lack examples of abstract nature of the regulations in question or legal uncertainty and contradictions they would allegedly bring. “These proposals cannot be taken into account because they contain no specific objections,” the experts maintain. 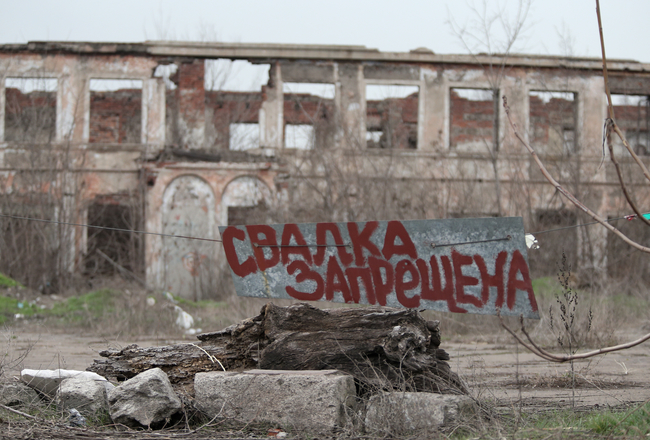 Some proposals formulated by the president do not meet requirements of international treaties and EU directives which this bill was designed to implement, the environmentalists concluded. In particular, the president proposes to exclude from the scope of the environmental impact assessment business activity in the zone of the Chernobyl disaster as well as large-scale and nationally important infrastructure projects and changes in the activities and facilities’ environmental impact. “Providing for such exceptions in the law and excluding changes in activities and facilities from the scope of the environmental impact assessment would amount to partial failure to fulfill Ukraine’s obligations, including those undertaken under the Association Agreement with the EU and agreements in the framework of the Energy Community,” the EPL’s experts noted.

“The presidential position on these bills is particularly regrettable in view of the fact that the country is close to committing an ecocide,” they remind. “The evidence of the latter includes environmental disasters occurring over recent years: loggers destroying our woods, poachers who ignore the current legislation, amber ‘republics’ with which the government cannot cope, destruction of the Carpathians and poisoning of rivers.”

Experts are of two minds about it: either the president is destabilizing already fragile political situation in the country and consciously violating previous promises made to European partners, or his advisers are hiding truthful information on the vetoed legislation from him so as to allow some member of his inner circle to obtain some short-term benefits.

According to the environmentalists, there is only one reasonable solution to the situation at hand: to declare the Law of Ukraine “On the Strategic Environmental Assessment” and the Law of Ukraine “On the Environmental Impact Assessment” to be as good as signed and send them for publication. After all, the presidential proposals are unmotivated and most importantly, were not submitted in time, as the 15-day period allotted by law for review and signing expired at least a week ago.