Ukrainian Navy: what do we have?

What we need is a strengthened maritime defense capability, not publicity stunts
Serhii Hrabovsky

Valerii Chalyi, Ukraine’s Ambassador to the US, has announced that an agreement is being drawn up to hand over two US Island-class patrol boats to Ukraine. According to Chalyi, Ukraine can receive the boats this year and start to deploy them in the Black Sea in 2019. The diplomat said it is a pilot project that will make it possible to launch a scheme of direct purchases from the US. “If we carry out this project, we will be able to purchase more advanced weapons in the United States,” he said.

At first glance, this statement should be followed by thunderous applause. But will it be appropriate if we recall that the free transfer of the two boats to Ukraine has been a matter of talks since 2014, but it is the Ukrainian authorities that have been standing in the way all this time because, you see, the current law forbids the Ministry of Defense to purchase weapons abroad directly, without go-betweens, even at a symbolic price of $1? It can be also recalled that the US media dropped a broad hint a few years ago that producers of the similar equipment in Ukraine are not exactly happy about the purchase of these boats. There is only one enterprise that produces combat sea boats now – Kuznia na Rybalskomu (former Leninska Kuznia) in Kyiv, whose beneficiaries are, according to the Skhema program, Petro Poroshenko and his MP friend Ihor Kononenko. The go-ahead from these persons would be enough to make parliament alter the relevant laws in a day on a fast-track basis.

Meanwhile, with due account of an extremely unfavorable situation in the Black Sea and the Sea of Azov and Russia’s seizure of almost all the Ukrainian warships in the Crimea, the only way out is creation of the so-called “mosquito fleet.” This means a large number of small but superfast boats equipped with powerful missile and artillery weaponry. Indeed, a corvette-class ship costs at least $200 million, whereas “mosquito ships” are far cheaper, given a comparable firepower. They could create big problems for the aggressor country’s fleet if it attacked the Ukrainian coast, by assaulting its ships in the “packs” of several boats under the cover of aviation, which essentially complicates surveillance and counterattack. Zaporozhian Cossacks used to attack big Turkish sailing ships and galleys in the similar groups of small “seagulls” [boats. – Ed.]. Historical sources prove that this tactic let the Ukrainian Cossack fleet win a lot of brilliant victories over the overwhelming enemy forces.

Some may say: how can one berate Kuznia which supplies the Ukrainian Navy with Project 58155 Giurza M armored artillery boats? But let us recall that this product was first presented in 2003, when the then president of Uzbekistan, Islam Karimov, ordered two Giurzas for guarding and patrolling the Amu Darya River. The Giurzas were ideally suited for accomplishing this kind of missions. In Ukraine, too, they could come in handy somewhere on the Danube or the Dniester. But at sea? The Giurza can withstand two-to- three-point sea waves at most. If the wave is higher, it is better for this boat to stay in port, for it will be sinking in the sea due to inadequate seaworthiness and be unable to fire. The Giurza M’s speed is 25 knots. For comparison, a destroyer-class ship has a speed of 32 knots, while a standard NATO torpedo boat could achieve 50 knots as many as 40 years ago. The Giurza M has a 30-mm automatic gun with a limited shooting range and two mounts of Barrier antitank missiles with a 5-kilometer firing distance. Which of the Russian Black Sea Fleet ships, armed with missiles that have an operational range of 70-100 kilometers or even more, will allow a Giurza to approach at the firing distance of its little gun or antitank missiles? Ukrainian seamen will be doomed to mindless losses without inflicting any harm on the enemy. These boats are only good for disembarking commandos – in the fair weather at that. On the contrary, the American boats are much better in terms of seaworthiness, for they are ocean-going. This means they can be used within and off the limits of the Black Sea (up to 3,000 miles). An Island is one and half times as large as a Ukrainian Giurza, has a three times larger crew, and can fire effectively on three- and four-point waves – just when Giurzas have to run away to ports. The Ukrainian Navy command cannot help but know this, but it will hardly dare under the current conditions say the truth to the topmost leadership which cashes in on the production of Giurzas. 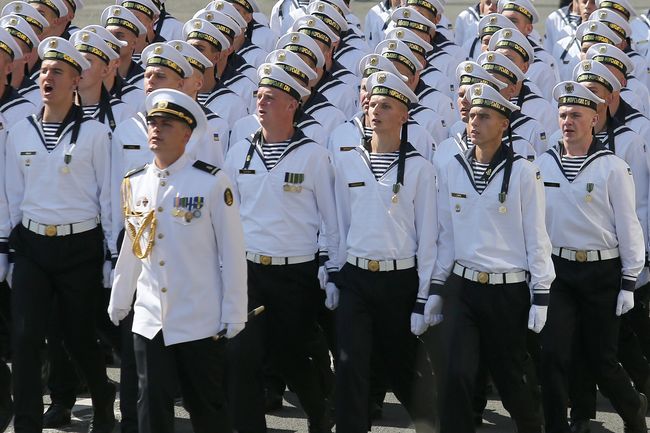 The Ukrainian Navy has a total of six Giurza M boats, as well as another five artillery boats of other projects. Two more Giurzas are under construction, and 18 are planned to be built. But this is a situation when quantity does not turn into a new quality, for these boats cannot effectively resist the Russians even in the Sea of Azov, to which place they recently transferred about 10 warships from the Caspian Sea.

Meanwhile, Ukraine is planning to build three more Lan-class high-speed missile boats, which are comparable to Islands in terms of seaworthiness, in the next few years. According to Ihor Voronchenko, the Ukrainian Navy Commander-in-Chief, the Lan-type missile boat must “form the basis of combat potential and be a deterring factor for the aggressor in the Black Sea.” Very nice! But… Although they were designed in Mykolaiv, the media report that they will be manufactured at the abovementioned Kuznia. There are enough shipyards in Mykolaiv, which in fact stay idle. These facilities used to build heavy guided-missile cruisers and aircraft carriers, and they have (so far) an experienced workforce. However, the government cannot (or does not want to) put things right at these factories. Moreover, the Black Sea Shipyard, which is slowly building a Project 58250 multipurpose corvette laid down as far back as 2011 and named “Volodymyr the Great,” belongs to the well-known pro-Russian oligarch and Opposition Bloc MP Vadym Novynskyi. Hence, we strongly doubt that this corvette will be launched in 2020 and that all the four planned ships will be built on time. And, in general, what new and secret weaponry can we speak of, when this corvette is being built (if it really is) at a factory of the oligarch who talks profusely about a “civil war” in Ukraine? But Ukraine’s current top leadership is unable (or unwilling) to put things right at the city’s shipyards (the abovementioned Voronchenko himself said that things were out of order), place governmental orders there, and hold back the still remaining specialists.

Besides, there is another interesting thing about Lan-project boats. This project was adapted in Mykolaiv at the request of Vietnam as an artillery boat of the Island type – one that is capable of operating in the ocean. Vietnam has already built four boats of this kind (speed – 32 knots, operational range – 2,500 miles, endurance – 30 days, armament – two guns and a heavy machinegun) and three coast guard boats with lighter armament (two twinned automatic guns). Meanwhile, one of the missions of artillery boats is to destroy enemy landing vessels and corvettes (it will be recalled that Vietnam’s main potential adversary is China) and support operations of the main naval forces – which Ukraine needs in the Black Sea. But, for some reason, nobody speaks about this version of Lan boats, although artillery and missile boats of this type should have already been part of the Ukrainian “mosquito fleet.”

In general, the Ukrainian Navy’s destiny has been very sad in the last while because the state was run either by irresponsible persons or by outright traitors and those who combined these features. So, it is little wonder that after the Soviet Black Sea Fleet was partitioned between Russia and Ukraine, when the latter received about 70 warships of various classes, three out of the four frigates (Sevastopol, Mykolaiv, and Dnipropetrovsk), four corvettes (Uzhhorod, Sumy, Kherson, Iziaslav), one of the three large landing vessels (Rivne), and three small landing vessels were scrapped during Leonid Kuchma’s presidency. In the heat of the Orange Revolution, the Yanukovych Cabinet (in which parliament had already carried a vote of no confidence) decided, very dubiously in legal terms, to write off 30 warships and auxiliary vessels, including the abovementioned frigate Sevastopol and corvette Iziaslav, as well as the missile boat Uman. The new Supreme Commander-in-Chief Viktor Yushchenko did not overrule that decision. Moreover, the corvette Izmail and the small landing ship Donetsk adopted for service in June 1993 were written off during his “hetmanship.” The media also reported that, when Yushchenko was in power, Poland offered us two serviceable submarines, as it was going to replace them with newer ones. It was allegedly planned to hand over three discarded US Navy frigates of the Oliver H. Perry type (Poland received two such ships) to the Ukrainian Navy, but these projects remained on paper only. During the Yanukovych presidency, corvettes Kremenchuk and Uzhhorod and missile boat Kakhovka were scrapped. This was done, as if in an attempt to slight Ukraine, on November 7, 2012 [anniversary of the Bolshevik revolution. – Ed.]. And the destiny of the frigate Baida Vyshnevetsky, of the same type as the Hetman Sahaidachny, is really sad. When it was 37-percent ready, it was scrapped during Kuchma’s presidency. Still sadder is the destiny of the guided-missile cruiser Ukraina which has been rusting at the Mykolaiv wharf for 20 years, though it is 96-percent ready. A ship of this class can destroy sea and land targets at a distance of over 600 kilometers. But it is hardly possible to finish its construction, and President Poroshenko decreed last year to demilitarize the ship. The further step is obvious – either to sell it abroad for a song (as it happened to the 67-percent ready aircraft carrier Variag officially bought for $20 million and finished by China) or to scrap it. To scrap the whole will bring a good profit to both bureaucrats and oligarchs, won’t? And no problems!

And those who have been destroying the Ukrainian Navy ought to have problems. A special tribunal should examine all the circumstances of scrapping the warships that could sail for another 15-20 years after repairs (it is not a naked assertion – one of us was on the editorial board of the newspaper Flot Ukrainy, the other used to repeatedly give lectures to Ukrainian naval officers in Sevastopol and Donuzlav, so we had and still have firsthand information). This court should also look into the outright surrender of 80 percent of vessels to the Russians in 2014, including the 95-percent ready corvette Lviv and the 60-percent ready Luhansk, which were not finished, oddly enough, during the presidencies of Kuchma, Yushchenko, and Yanukovych. There should also be problems for those who care not so much for the future of the Ukrainian Navy and its ability to defend Ukraine at sea as for their own financial benefit.

What we need is real work to strengthen Ukraine’s maritime defense capability, rather than publicity stunts. The time is running out, while the Kremlin’s temptation to resolve everything with one powerful blow is increasing. It will go on increasing if Ukraine tends to weaken at sea.