Will Russia release its prey?

The very presence of political prisoners in any country is a shame in itself. Protesting it and demanding that they be freed do not need any justifications, explanations, or any special reasons.

And nevertheless, those who went to picket the Russian embassy in Kyiv on June 16 had such reasons. But we will cover them below shortly, after saying more about the event itself.

The protest organized by the community Free Political Prisoners of the Kremlin could not be called especially massive, but the word “little-attended” was also not suitable for it. The community gathered up to a hundred people, mostly young, since active youths are still quite numerous in Kyiv. The picket’s participants included relatives of the prisoners themselves, but for the most part they were activists without any personal connection.

The only cause for regret was the fact that the protest was, in fact, directed into a void, as the embassy was closed for the weekend. Nobody could hear the demands of the protesters or answer them, and it is a pity, since it would be very interesting to hear such an answer. On the other hand, perhaps, it was precisely thanks to this that the picket went on without any incidents, and the police was frankly bored with inaction.

Perhaps, this protest will not play a major role in itself, but it is likely that it will be the beginning of a much more significant process. Its organizers urge people to hold flash mobs around the world, picketing Russian diplomatic missions with the demand to release political prisoners. It cannot be ruled out that the Kremlin will at least partially satisfy these demands, as it cares about its international image. Incidentally or not, this initiative coincided with the head of Ukrainian diplomacy Pavlo Klimkin suggesting that the release of prisoners can occur during the World Cup. Well, let us wait and see. 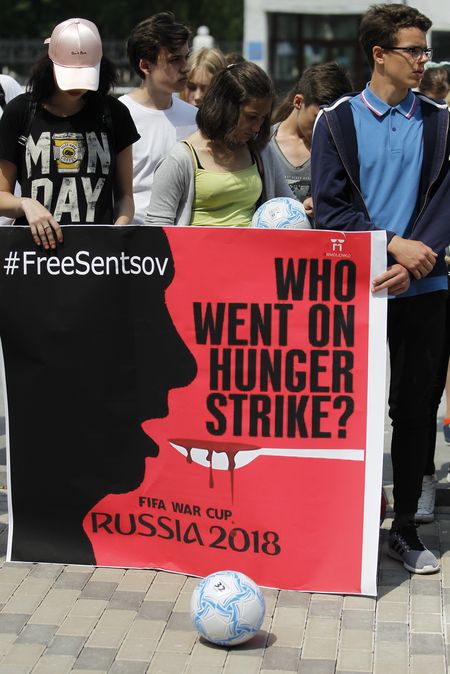 One of the additional reasons mentioned above is obvious. Mykola Karpiuk, Oleksandr Kolchenko, Yevhen Panov, Oleh Sentsov, Roman Sushchenko, and other prisoners of the Kremlin, who the protesters were talking about, are Ukrainians and suffering for Ukraine, so it is natural that their fellow citizens should be the first to stand up for them. Even if there was only one Ukrainian political prisoner in Russia, this would be a worthy cause for the whole of Ukraine.

The second circumstance is not so noticeable, but if you look closely, it is more amazing. I mean the fact that from the point of view of the Russian law, the overwhelming majority of humanity is made of criminals. The only exceptions are those who recognize Crimea as Russian (yes, it is linked to Ukraine as well), but there are not many of them. And, of course, Ukrainians are criminals almost to a man.

Now, if a Russian, a Ukrainian, a European, or an African considers the peninsula to be a legitimate part of Ukraine and expresses their opinion aloud, they are already guilty of the crime described by Article 280-1 of the Criminal Code of the Russian Federation, “Public calls for actions aimed at violating the territorial integrity of the Russian Federation.” It is punishable with up to four years imprisonment, and if committed using the Internet, it is described by Part Two of the same article, and punishable with up to five years. At the same time, it should be remembered that Russia itself is a universally recognized state, and consequently, judgments of Russian courts are recognized throughout the world as legitimate and valid. 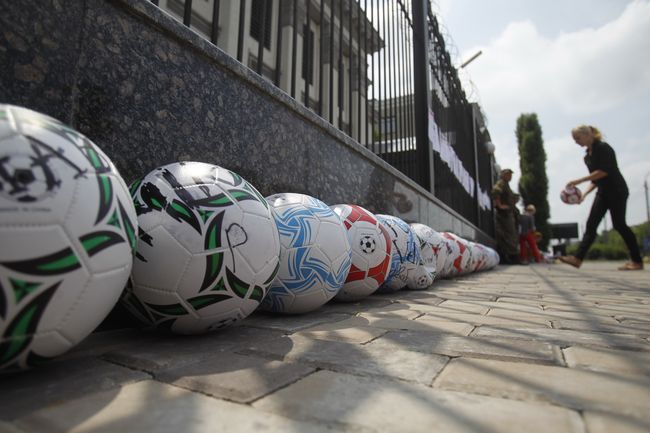 In practice, of course, most earthlings have nothing to fear, since the “hand of Moscow” is still not so long as to reach everyone. But nobody actually wants to do so. The principle of the Russian state’s actions is not to imprison everyone, but to let everyone know that they can be imprisoned at any time. To the greatest extent, this applies to those Ukrainians who are permanent residents of Russia or enter it, as they are very likely to be arrested, tried, and imprisoned. Finding a suitable post or comment on a social network is a simple task, and the find will be an irrefutable piece of evidence for the Russian court. This is true despite the individual in question only stating what the whole civilized world agrees with. Note that this is not terrorism, which Sentsov and other prisoners stand accused of. To prove terrorism, they need to collect evidence, while in the former case, they can grab anybody without even looking at them twice.

And this makes the issue of political prisoners even more acute. Of course, it is possible and necessary to seek the release of those who are currently behind bars in Russia. But we must not forget that the article about which we are talking is an inexhaustible source of new political prisoners. What prevents Russia from grabbing two or three people under Article 280-1 tomorrow, having released one such prisoner today?

The hope for a “worldwide flash mob” making an impact is certainly there. However, it is still desirable that its participants demand not only the release of prisoners, but also the repeal of the law that labels most Ukrainians criminals.