How the “transportation arteries” of a healthy nation look like

Early this year, the Swedish government decided to repay 25 percent of the purchase cost of electric bicycles, tricycles, and ATVs to its citizens. The total amount of the subsidy is projected at 350 million Swedish kronor, or 40 million dollars a year.

Any Swedish citizen who has purchased a light vehicle with an electric motor after September 20, 2017 has the right to get 25 percent of its cost repaid by the state.

In this way, the Swedish government will stimulate the transition of citizens to electric transportation. In addition, the Swedish authorities will monitor manufacturers and sellers of electric bicycles to prevent an automatic price increase offsetting this discount.

Thus, Sweden is steadily moving towards the achievement of one of the Sustainable Development Goals, namely Goal No. 7, which reads “Ensure access to affordable, reliable, sustainable, and modern energy for all.”

About 67,000 electric bicycles were sold in Sweden last year. “Studies show that electric bicycles are replacing cars,” Swedish Minister for the Environment Karolina Skog said. “The market has begun to develop, and we have a good selection of models.” 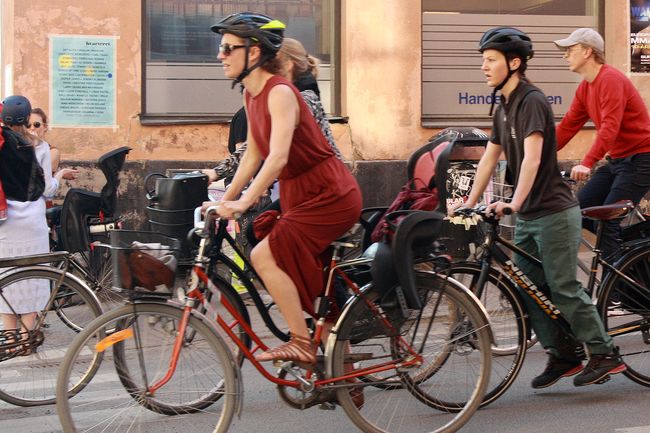 Sweden is one of the world leaders in the field of electric transport promotion. Last year, the Swedes launched a test electrified road stretch near Stockholm that can charge cars equipped with a special current collector on the move. The cost of one kilometer of such a road is one million euros (about 30 million hryvnias).

In the small city of Eskilstuna, visited by participants of the UNDP Ukraine-organized educational tour for experts and government officials, which was devoted to studying Sweden’s experience in achieving the Sustainable Development Goals, the municipality is developing a network of public transport stops that double as recharging stations. By the way, the city’s electricity is produced at waste processing plants. While passengers take their seats, the “green” bus is being recharged.

In general, public transportation is well developed in Sweden. Firstly, it is comfortable and convenient. Secondly, in this way, the Swedes follow one of their principles, which we talked about in the first part of the present series (“Swedish Approach to Sustainable Development,” The Day, June 7, 2018), namely “reasonable consumption.” And thirdly, the personal car in Sweden is a luxury good, because the state has imposed on each car owner not only annual taxes on the use of the car, but fees for its daily use (some sort of checkpoints have been installed on all roads with a certain interval between them; they look like high bar frames as long as the road is wide, and sensors and cameras are mounted there that record every vehicle coming through). In this way, each car owner pays for their comfort (by the way, the fee depends on the size of the car). Meanwhile, owners of gasoline-powered cars pay so-called eco-taxes on the top of that as well. 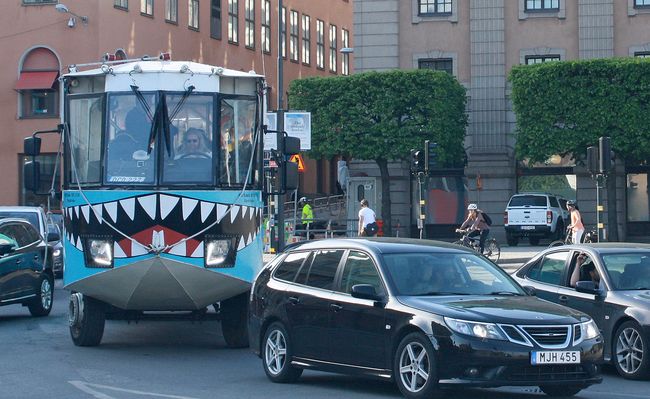 The Swedish railway is considered one of the most technologically advanced in the world. Ferries offer a great way to travel around Scandinavia, and the domestic air services in Sweden are comfortable and fast (it takes less than an hour in the air to reach any destination).

The Stockholm Tunnelbana (that is exactly what the Scandinavians call their subway) has gained world fame due to its unusual style. The pragmatic Swedes have turned the public transportation system of their capital into a... museum. “The longest artistic gallery of the world” is a well-deserved title of the Stockholm Subway.

When traveling along the Stockholm Subway, one feels like getting into the fascinating world of history. More than 90 out of the system’s 100 stations are decorated with sculptures, mosaics, paintings, and engravings.

The subway was built in 1950, but the first exhibits appeared there in 1957. The combined length of all lines of the Stockholm Subway is about 110 kilometers. About 150 artists created the works displayed there.

No station is like another: some are decorated with stained-glass windows, others with elements of ancient palaces. Some subway stations feature pictures of video game episodes. Meanwhile, when descending an escalator on the red line of the subway, it seems that one is exiting a monster’s lair, for everything is very unexpected and exciting there. It is not for nothing that many tourists visit the Stockholm Subway as if it was an excursion.

The subway in Stockholm, like all trains in Sweden, goes in the opposite direction to the one we are used to. They run on the left. There are historic reasons for it, the motor vehicle traffic switched to driving on the right on September 3, 1967. However, the trains have kept running as before. 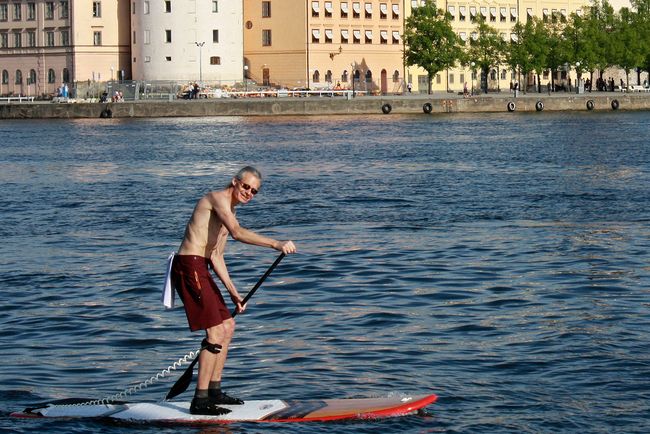 In the Stockholm Subway, mobile phones are operating between stations as well. Escalators are turned on automatically when people are approaching them. Even here, the Swedes’ ceaseless concern about the nature and conservation of electricity is evident. Many escalators look out of service at first glance: but once you step on one, the mechanism starts working, speeds up, and brings you up.

There is another peculiar feature of the Stockholm Subway. Subway trains do not have rear view mirrors. At each station, the driver leaves the train to monitor passenger traffic and announce via a microphone that he is about to close the doors.

A subway ticket can be purchased at a vending machine at any station or from a cash desk. The city is divided into three zones, and, accordingly, the price of a one-way pass varies and can reach more than 70 kronor (approximately 210 hryvnias). But there is a system of discounts for various multi-tickets, so purchasing them is a much better deal. It should be noted that tickets in Stockholm, both one-time ones and multiple day or weekly passes, are valid for all modes of transport. The bus system is working very smoothly in the Swedish capital, and such a pass allows one to use the water crossing as well. This is usually a 10-minute trip, which residents of the capital are used to, but it is still a great opportunity for tourists to have a look at Stockholm from the Baltic Sea.

P.S. The Day is grateful to the UNDP Ukraine for providing us with the opportunity to cover for our readers Sweden’s experience in achieving the Sustainable Development Goals.