Towards the 136th anniversary of the birth of the outstanding Ukrainian political thinker, the “general designer” of Ukrainian statehood
Ihor Siundiukov

The destiny of a thinker, like that of an artist, often turns out to be unexpected or even chimerical. Forgotten, distorted, rejected, and cursed by contemporaries still in his lifetime, this person “suddenly” (in reality, not so suddenly) stages a comeback dozens of years later. His key works are read anew, “at a fresh glance,” attentively, respectfully, and critically – and we, the now remote descendants of this prominent personality, surprisingly discover how many prophetic thoughts he left for the future, how much he managed to foresee, and how many mistakes (including serious) he cautioned us against.

All this ideally fits in with the image and legacy of Viacheslav Lypynsky, a true “general designer” of Ukrainian state formation, who lived a dramatically short life (49 years only). Now that our state has had to counter the most acute dangers and threats at least in the past 27 years, with Russian aggression being in no way the only threat of this kind, the following call of Lypynsky is exceptionally timely: at a difficult hour, it is absolutely necessary to throw away all ideological differences for the sake of working for the benefit of Ukraine. This in fact becomes the life-or-death problem of Ukraine itself. In reality, Lypynsky, as a political theoretician of the Hetmanate, a profound historian, a researcher of the Bohdan Khmelnytsky era, a diplomat, a sociologist, and a political writer, had to watch with pain and indignation “the process of self-immolation, in which our house is burning down” (his own words).

Lypynsky is and, frankly speaking, will remain opportune and topical for a long time, for he warned: “Nobody will build a state for us unless we ourselves build one” (we can also supplement his view as follows: “No enemy will ruin our state unless we ourselves ruin it”). Is a deep political, socioeconomic, and, above all, moral crisis of Ukrainian society in 2018 (even though the government assures us that “the worst is already behind us” – what else can a government like this say?), is all that is going on now not a most convincing confirmation of Lypynsky’s thought: until a true elite, worthy of this word, “ripens,” until the people rally around it (for the people will know that the elite pursues no other goal than serving the state), Ukraine will remain endangered. 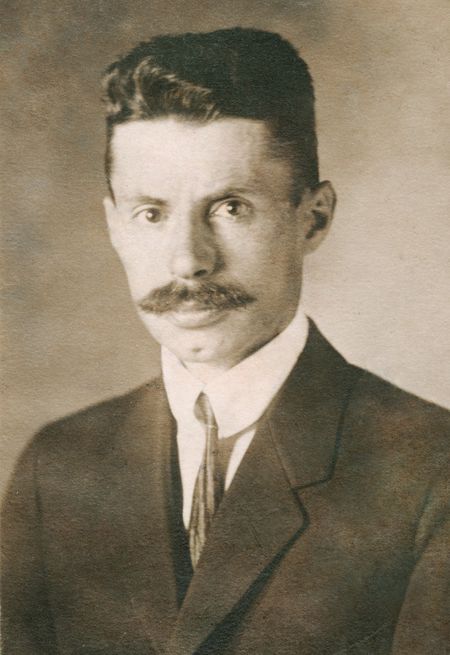 “HE DISTINGUISHED BETWEEN PATRIOTISM AND CHAUVINISM”

“The figure of the Ukrainian historian, politician, and diplomat Viacheslav Lypynsky (1882-1931) is particularly topical today. While we were just reading his works in the early 1990s stage of state formation, now we are thinking over their content. There are a lot of things to reconsider, for our state is a quarter of a century old. Like in 1918, Ukraine is fighting against an aggressor and, at the same time, has to seek the necessary ways of domestic development.

“Unfortunately, Lypynsky is still a ‘terra incognita’ for Ukrainian society, and our politicians are flouting with particular zeal his warnings and repeating 100-year-old mistakes. The scholar shared monarchic views and favored strong power in the person of a hetman, albeit in a democratic state. In his opinion, the ruling strata and the opposition should adhere to one principle only – to work for the people’s benefit, not just struggle for power. He distinguished between patriotism and chauvinism, and, what is more, Lypynsky, who came from a well-known Polish family, became a true Ukrainian, which not all of us manage to do. So let us pay attention to his works. Isn’t it time to understand what we should first do tomorrow?”

“THE No. 1 TASK WAS TO UNITE THE STATE AND SOCIETY”

“In my view, the most topical idea Lypynsky put forward and defended is territorial patriotism of Ukrainians: all those who were born in Ukraine, recognize its statehood, and consider themselves citizens of the independent Ukrainian state, regardless of their ethnicity, religion, and political views, have the right to call themselves Ukrainian patriots. They are such if they confirm this with real deeds. It is this patriotism that the Ukrainian state should be based on.

“Lypynsky’s ‘theory of elites’ is also of paramount importance. The elite (if it is really an elite) is obliged to assume all responsibility for the state of affairs in society. Lypynsky was never tired of emphasizing that ‘people can never be wiser than their elite.’ We must take into account and analyze these words. Responsibility of both the elite and the people is an exceptionally important category today.

“Tellingly, although Lypynsky was a conservative (as a political thinker), he conceded (and even insisted on) the opposition and pluralism, for the No. 1 task was to unite the state and society. Lypynsky was convinced that Bohdan Khmelnytsky, the great Hetman of Ukraine, managed to resolve this problem in the 17th century. He thought that Hetman Skoropadsky was also to take this course of actions.

“In the 1920s, Lypynsky repeatedly requested both the Ukrainian intelligentsia, which he believed had failed to stand the test of statehood, and the ‘producing strata’ of the population to find out soberly and honestly why statehood was lost and how to restore it. His famous ‘Letters to Brothers-Agrarians’ are about this. Incidentally, the Ukrainian Union of Agrarians-Statists, a political organization Lypynsky led at the time, was not a party, which he always stressed. For this would run counter to his persuasion: the future Ukrainian state must not serve the narrow party interests but ensure a free harmonious development of all strata and classes.”