The Kyiv oblast was created on February 27, 1932. On the occasion of its 85th anniversary, the State Archives of the region has launched an exhibition of rare maps that show this territorial unit. The project is called “The Kyiv Oblast on Maps of the 16th-20th Centuries.” The exhibits include maps made in various countries, which show Ukraine including the region, as well as administrative-territorial maps and maps of estates located in the Kyiv Governorate.

“These walls have seen many events of every stripe, and this is an exhibition of extraordinary archival map items. We call them visual images of historical memory, because with their help, we can travel in space and time, across languages and borders,” director of the State Archives of Kyiv Oblast Sofia Kamenieva told those present.

According to experts, the jewel of the exhibition is the 1779 Postal Map of the Kyiv Province, which is on the State Register of National Cultural Heritage. Uniquely, it shows postal roads of the province, which are not covered by any other registries and archives.

Vyshhorod Historical and Cultural Sanctuary presented at the exhibition its oldest exhibit, A New Map of Poland and Hungary, created in 1540 and the first to depict Vyshhorod as a castle town. Also of interest is a map of Eastern Europe made by French geographer Guillaume De L’Isle, which dates to the beginning of the 18th century and has Ukraine inscribed in French as “Ukraine, the Land of the Cossacks.” According to the experts present, the majority of maps on display were created by surveyors of the Kyiv Governorate in the 18th and 19th century, while 30 of them, dating to the 16th-19th centuries, were made in Poland, the Netherlands, Germany, France, and Switzerland. 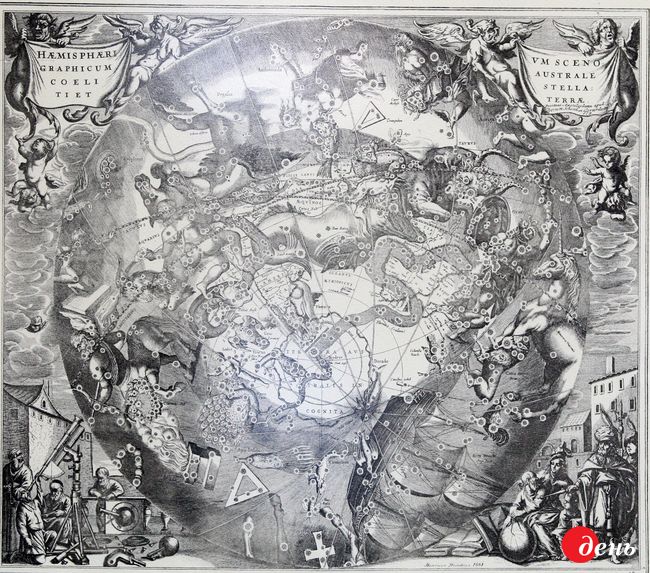 “With this exhibition, we can now fully trace the evolution of the territorial boundaries of Kyiv-centered units over three centuries, when we had a governorate, a voivodeship, a Cossack regiment, and a province established here... We are pleased to present the oldest map in the exhibition, A New Map of Poland and Hungary which was created in 1540. This map became a prototype used for a geographic atlas presented at an international exhibition in Basel. This information indicates that the land of Kyiv is not only a unique territorial unit, but a place that deserves in-depth study as well,” director of Vyshhorod Historical and Cultural Sanctuary Vlada Lytovchenko remarked.

The exhibition was intended to show the land of Kyiv as a part of Ukraine, Europe and the world, and display how it changed over time, reflecting its socio-economic, political, and cultural ties with the wider world. Still, the maps on display are only a small, though the most impressive, part of the archive’s collection. 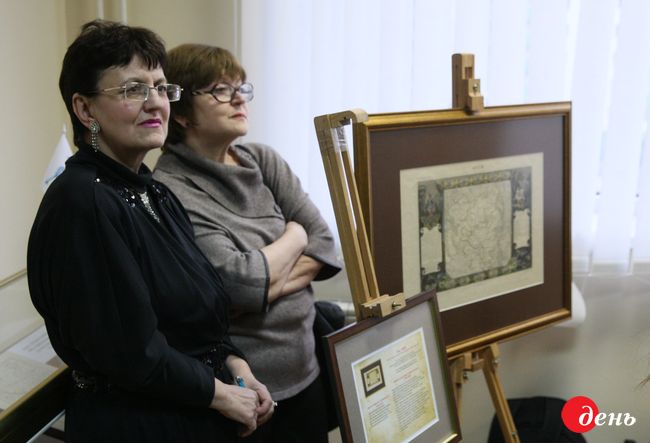 “Our Collection of Pre-Soviet Maps and Drawings of the Kyiv Governorate includes over 3,000 unique items. Each item can include not just one document, but two or three,” told us deputy director and chief curator of the State Archives of the Kyiv Oblast Halyna Boiko. “The collection is very interesting, it has become extraordinarily popular with researchers of the Kyiv oblast, as well as scholars who explore and study the towns and villages of the Kyiv Governorate. Overall, the Archives of the Kyiv Oblast is one of the largest such institutions in Ukraine. Its uniqueness lies also in the fact that the documents that are stored here include both those of the pre-Soviet period and those created between 1917 and independence. There are also collections of the defunct Communist party and Komsomol organizations’ documents here. We have major book, newspaper, and magazine collections and many documentary photos, made throughout history...” 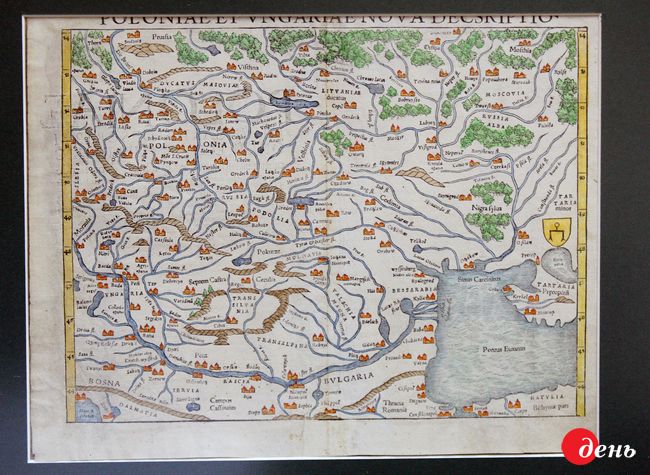 “We have divided the exhibition into several historical periods and chosen the most impressive items for these blocks,” Boiko continued. “The first block includes maps associated with the history of the Kyiv oblast, since the Kyiv Governorate once included parts of the modern Zhytomyr and Poltava oblasts, among others. One of these governorate maps is, as noted, on the State Register of National Cultural Heritage. Secondly, we have family estate maps represented here; we have selected maps of the Rylskys’ estates, which belonged to ancestors of the famed author Maksym Rylsky, as well as maps of the Branickis’ and Radziwills’ estates. The selected items touch on international connections, since, for example, Rylsky had Polish roots. In the third block, we placed maps of administrative-territorial divisions, like maps of the Kyiv Governorate’s counties. We tried to present socioeconomic picture of the time as well, even selecting a map of the Kyiv Governorate’s electoral districts for this display.”

According to the organizers, the exhibition will run at the State Archives of the Kyiv Oblast for a month. Later on, its digital version will tour the cities of the region.