The power is changing. What about the caricature?

Within the framework of the international project “Political Caricature in Eastern Europe,” which has united caricaturists from Ukraine, Belarus, Moldova, Russia, and Germany, an exhibit dedicated to the topic “Power. Political caricature in (Eastern) Europe” was held. The vernissage took place at a very exotic place, Silent green Kulturquartier, a former crematorium, which is now a popular culture center (Berlin, Wedding District). All the participants of the exhibit (Kostiantyn Kazanchev, Ihor Lukianchenko, Vyacheslav Shilov, Andrey Popov, Denis Lopatin, Sergey Yolkin, etc) were not just present at the opening ceremony, but also took part in the discussion held by well-known German journalist Gemma Poerzgen. Each of the participants presented 5 to 10 works dedicated to the topic “Power.” A great public response was stirred by the political satire by famous Russian artist Denis Lopatin, who presented caricatures of Putin. The works by Ukrainian caricaturists had a huge representation. 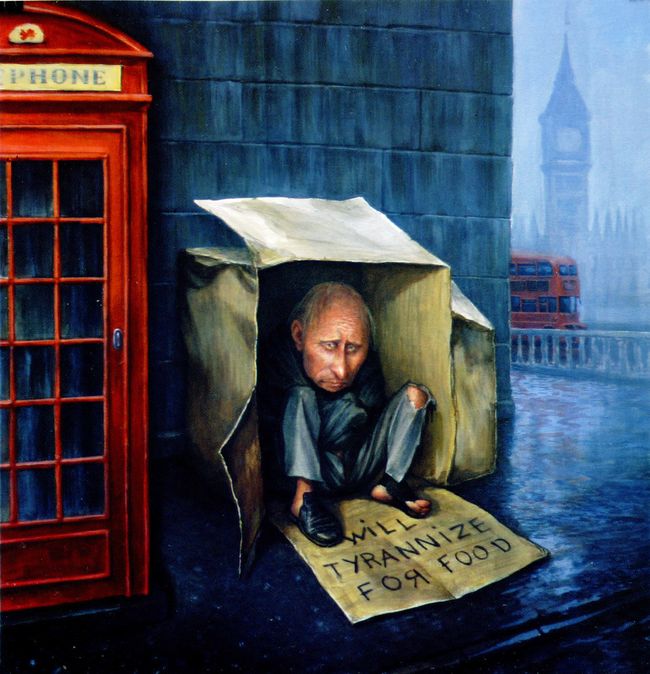 “The topic of the exhibit was power, and the trend of all caricaturists and their sketches is a brightly expressed opposition,” the participant of the art project, caricaturist, and many-year contributor to Den/The Day, Ihor LUKIANCHENKO said, “Even the Russian authors – there was a group of strong caricaturists from Petersburg and Moscow. There were many caricatures of Putin. Naturally, Belarusians created works in the same direction. But if we compare the caricature of Eastern Europe and the caricature in Germany, our works are much sharper. There are many taboos in German caricature, they have a very careful approach to the choice of the plot, there are a lot of forbidden topics – they don’t touch upon gender, race, and some other questions. On the whole, in Germany, compared to France, for example, caricature is not well developed. The number of sketches used in the press is considerably lower, and they are mostly used for illustration – an event takes place, and a caricature is drawn to illustrate it. There are very few independent works.” 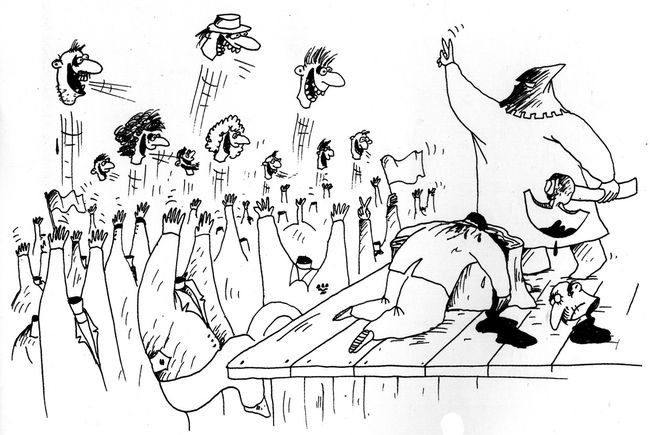 “The exhibit took place in quite an exotic place,” the caricaturist continues to share his impressions, “in the former crematorium, which is currently a culture center, to combine the incompatible things: humor and quite gloomy irony [this also can remind the heroes of caricatures how tyrants end. – Author]. One could see the niches for urns in the space of the exhibit. The effect was interesting. On the floor there were hundreds or thousands of newspapers, and the visitors of the exhibit walked on them. An ocean of information, which is knee-deep. I haven’t seen anything of this kind before. The exhibit was a success – there were many guests, the German press and several big newspapers highlighted the exhibit. Apart from the exhibit, several meetings were held, including the meetings with German caricaturists, and discussions. Today political satire is brought to the foreground, which was proved once again by the exhibit of the caricaturists from Germany.” 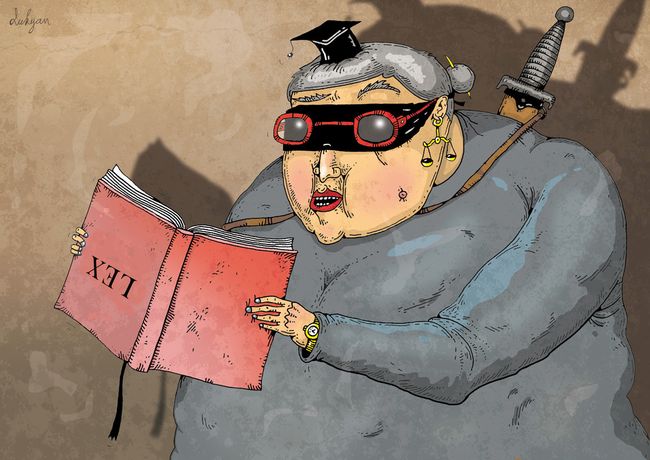 Apparently, the caricaturists from Eastern Europe were impressed in a more or less similar way by the traditions of German art satire. Russian caricaturist Vyacheslav Shilov wrote about the “civilization differences” on his Facebook page: “We are sitting at a conference preceding the opening of the exhibit, and a German caricaturist, invited to the opening, is saying that, from the point of view of Germans, Charlie Hebdo caricatures are too sharp for Germany. But you should understand that France is a different country, which has a mentality of its own, and caricature and satirical graphic have always been considerably more important for the French than for Germans. And the frames of the freedom of expression are much broader there, and this is normal for the French society. This is a stand without hysterics: we might not like what people in another country draw, but this is their own business, their own tradition.”

The action was organized by German non-governmental organization iDecembrists e.V. with the support of the Ministry of Foreign Affairs of Germany, in cooperation with Cartoonlobby e.V., Association of Ukrainian Caricaturists, n-ost, Reporters Without Borders, colta.ru, and ARTGESCHOSS. It is planned to show the exhibit in Germany and also to bring it to the cities where the participants of the project came from. It is quite possible that it will be shown in Kyiv too.