“A super challenge under super circumstances”

Important questions were raised at an open session of the Lviv elite’s philosophical club, in which Larysa Ivshyna also participated
Tetiana Kozyrieva

THE PARTICIPANTS OF A “BACKSTAGE TALK” AFTER THE MAIN SESSION AT THE MUSEUM OF IDEAS BOUGHT UP ALL THE DEN LIBRARY PUBLICATIONS. THEY WERE BUYING THEM AS INTELLECTUAL FOOD AND A NICE GIFT

As part of Den Days in Lviv, the newspaper’s editor-in-chief Larysa Ivshyna was invited to an open session of the Lviv business elite’s philosophical club founded by the entrepreneur and public figure Oleh Matsekh.

It was a profound and lively discussion which, what is more, exposed the main “sore points” of today’s Ukraine. Given the importance of the discussed matters, we offer our readers the most interesting fragments of the debate.

It should be noted that club members are people of different walks of life: academics, educators, IT specialists, doctors, artists, and restaurateurs. What is more, they are all successful and highly competent people who are not indifferent to the public and political life of their native city and the rest of Ukraine. They are also expert regulars at both local- and national-level TV and radio call-ins.

The Lviv club’s session, held with participation of Ms. Ivshyna at the Museum of Ideas, was attended, in particular, by Myroslav Marynovych, Vice-Rector of the Ukrainian Catholic University of Lviv; human rights activist, political writer, religion researcher, one of the founders of the amnesty movement in Ukraine; Pavlo Khobzei, Pro-Rector for Education and Research of the Ukrainian Catholic University, ex-chief of the Lviv Oblast Administration’s Main Directorate of Education and Science; restaurateur Mark Zarkhin; entrepreneur Andrii Ionov, leader of the NGO Vector; Oleksii Skrypnyk, General Manager of the Lviv-based IT company Eleks Software; designer and public figure Kostiantyn Kovalyshyn; and young IT specialist Andrii Makovsky.

Incidentally, the discussion with participation of Ms. Ivshyna lasted for about three and a half hours and then continued “in the margins,” where Lviv residents were invited to see some Den Library books. All the participants in the “backstage” discussion bought up all the Den publications from the Museum of Ideas’ imaginary bookshelf, focusing on the two latest series – “Armor-Piercing Political Writing” and “Subversive Literature.” They were buying these for themselves, their children, and friends as intellectual food and a good gift.

Mr. Matsekh proposed “Ukraine, the Soul of the World” as the subject of debate.

“My Euromaidan colleagues, including Ruslana, Sashko Polozhynsky, Ihor Lutsenko, and Volodymyr Viatrovych, have been saying that there must be issues in addition to those on the surface (dollar exchange rate fluctuations, the coming of obscure people to power, etc.). It is hard to embrace these processes, but they are very important in a historical context. What in-depth spiritual changes, if any, are underway in Ukraine? What is the future of Ukraine?” Oleh MATSEKH asked. 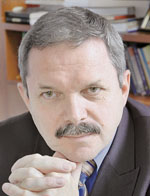 Myroslav MARYNOVYCH was the first to take the floor in order to make an important warning: “The discussion topic you suggest may look somewhat pretentious. My impression is that every nation is like a keyboard for the Lord God, on which He plays a tune. Now the Lord has struck the key ‘Ukraine’ and this chord sounds very bright and expressive. In this sense, I can agree to the words ‘soul of the world,’ for Ukraine impersonates this soul just now. I am afraid to make the mistake Solzhenitsyn once made, when he believed that every nation, i.e. a chord, will sound all the time. I don’t know… In fact I don’t think so. In all probability, a time comes when a people must say its word and then ‘pass the baton’ on to another one. I think this will keep the balance.”

“In my view, it is more important to discuss what the Maidan’s motive force was,” Andrii IONOV noted. “It is 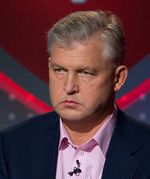 about the class of people who failed to realize themselves. I mean failure to self-realize prompted people to take to the streets. I think Ukraine is indeed the soul of the world, for the same explosion of people’s wrath also awaits Europe in the near future. The Ukraine revolution is only the first swallow, and, watching the events in Ukraine, Europe should think over what it will do.”

In his turn, Matsekh noted that the three months of staying on the Maidan had been a major spiritual turning point for him. He cited the impression of a lady who had been very far from Ukraine during the revolutionary events. “I heard her say on coming back that she had arrived in a different Ukraine, for there were radical changes on the energy level. In other words, a new nation was born on the Maidan. Almost a million people went through the Maidan filter. In my opinion, the events on Kyiv’s Maidan were a major surgical operation, a purification that drew a line between the black and the white, between the Soviet and the new, modern, in a gray quagmire. I don’t think the process is over. After all, as Nietzsche said, that which does not kill us makes us stronger,” he said. 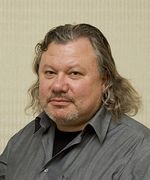 “What can we do to make the world say they show interest in Ukraine? Why not begin to produce organic and pollution-free food for Europe, taking into account an enormous number of farmlands?

This would also promote development of the tourist sector, contacts in everyday culture, and restaurant business – after all, of a large export-oriented branch that will pull us out of a marginal condition.

This is a topic to focus on – not only on the level of debates. We should put forward these proposals to the government and propagate these ideas in the mass media.” 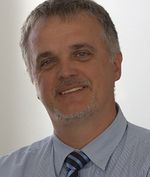 “1. Are we all aware of the way the Ukrainians have changed since the Maidan began? We have grown up socially by perhaps 100 or even 200 years, and this is the first time we feel ourselves responsible for our country.

“2. The revolution in Ukraine in fact rests on basic Christian values. Accordingly, we have shown postmodern Europe that these values still exist and, what is more, they are needed.

“Society has changed very much, but the new government does not, unfortunately, understand this, for it continues to work in the old paradigms, such as carve-up, backstage deals, distribution of portfolios by the friend-or-foe principle, placement of incompetent people into offices… The trouble is that ‘little green men’ believe they are running the show.”

In Skrypnyk’s view, training civil servants is a super-important factor in the construction of a new society. So it is wrong to scatter forces. “You should not do all things at a time, but this occurs because there are no high-skilled managerial personnel in Ukraine.” We are in this situation because “we are unable to patch all the holes in the ship: on the one hand, we are filling them in and, on the other, we are making new ones by means of what I call managerial collapse.” He summed up his reflections as follows: “We lack subjectivity, i.e., understanding of what we can offer Europe. We need to change the vector.”

“In my opinion, Ukraine has had several unfinished revolutions, beginning with the national liberation war,” Den’s 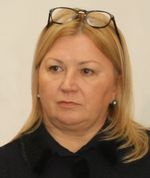 editor-in-chief Larysa IVSHYNA noted. “Owing to all these unfinished processes (there was an incomplete communist transformation, the bourgeois democratic revolution remained a nonstarter, and in fact no truly independent state was formed in 1991), our state looks like a speckled calf that was disemboweled and stuffed with straw. Bolstered up with a stake, it stood for some time untouched. But why did the Ukrainians fail to see through this glaring substitution?

“Like everybody else, I am fascinated with the courage of Maidan protesters, but I cannot call this victory. At least because we have lost some territories… And the chance that opens up after the Maidan is a super challenge under super circumstances. Besides, we can take a historical approach and say that on the morning the students were beaten up and ran to St. Michael’s Monastery we not only moved forward, but also slid back to the Batu Khan era – from the angle of resisting a foreign enemy and responding to a personal challenge. Kyivan Rus’ was quite a powerful state. And it is only natural in historical terms that we have a top-priority mission to reach the level of that state, to which we are the only heir. Meanwhile, our neighbors have come back to the Horde era… The people felt this intuitively, for St. Michael’s Golden-Domed Monastery was a bulwark where the populace was hiding during the Horde’s attacks at the time. Therefore, the then powerful Kyivan state, the then powerful Ukraine, demands that we produce fantastic ideas, new breakthroughs, and noble impulses. Does the world want this? Absolutely not. Do we want to be a suitable and comfortable state without top-priority missions? The problem is we just cannot! This leaves, incidentally, a broad space for management and creative approaches because we only know how to do fantastic, not simple, things. They often say about us: ‘Why did the hetman leave Moscow for home instead of burning it?’ Because he was not interested in this.”

In conclusion, Ms. Ivshyna emphasized the necessity to update the national character. “Rationality, logicalness, practicality, and an emotion-free choice – this is what we have so far failed to show. And the cause is not only foreign enemies. To begin with, we should train practical-minded people who are needed in schools and universities. This kind of communities are needed everywhere, for they have different experience and can philosophize and reflect. It seems to me this approach should be used to influence public opinion and put an end to endless and empty talk. There must be an influx of new ideas into the informational space,” she said.

Oleh MATSEKH, entrepreneur, public figure, organizer of the forum at the Museum of Ideas: 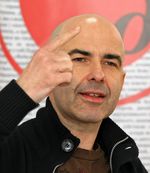 “This forum made a lasting impression on me because it came up to expectations: we managed to look at Ukraine’s problems and analyze the situation from a different angle. We badly need this format – intellectual, philosophical, and analytical – because, in pursuit of temporary solutions, everybody is unable to stop and ponder over what is exactly going on, where we are supposed to go to, and what prospects we have. I don’t know if everything we did is OK, but I can assert that we’ve made a good and successful attempt. In my view, it is very useful to meet in this format. The participation of Den in this forum was very positive – Ms. Ivshyna set an extremely high intellectual level of debate. In other words, the newspaper Den and its editor-in-chief personally are performing a very important public-outreach mission.

“There’s one more detail that I liked very much. Our club members are people of different ages and walks of life. What unite us are, above all, spiritual and intellectual values, but we may still have absolutely different opinions about the same events. What marks all our forums is trust – you can easily see this by the way the participants are open to a frank debate. I must say the level of trust in Ms. Ivshyna was very high. I asked my club colleagues about this after the forum, and they said they’d gained an excellent impression. So let me give my heartfelt thanks to Den’s editor-in-chief.”