For our politicians, authoritarianism is like a red rag to a bull. They instantly remember Leonid Kuchma, Viktor Yanukovych, et al. None seem to remember the names of those who built thriving states. Den/The Day proclaimed 2018 the Year of Hetman Skoropadsky, very timely. There are lessons worth learning
Ruslan Harbar

Over the years of national independence, the Ukrainian political system has undergone several transformations, with a presidential-parliamentary version replacing a parliamentary-presidential one, and vice versa. The Constitution reads that Ukraine is a parliamentary-presidential republic, although de facto – and experts confirm this – the head of state continues to play the key role. Public opinion remains divided on the subject. The following is an article by Ruslan HARBAR, a historian specializing in international relations who believes that a presidential system should be established and practiced in Ukraine for at least 15-20 years. That’s his opinion, of course, and the Editors welcome the readers to take part in this discussion.

At the start of the new political season, one can hear about parliamentarism increasingly often: that this is the only possible and most effective way to run our society, that Ukraine should be a parliamentary republic. Therefore, I would like to analyze parliamentarism (and parliament as its embodiment) and whether it corresponds to the actual status of Ukrainian society.

Parliaments are found in practically all countries, varying in name and purpose. They are recognized as the best mechanism that connects power to the people. They are found in monarchies and dictatorial regimes. There are 687 MPs per 25 million population in the Democratic People’s Republic of Korea (North Korea), and even two parliaments in Libya which is now in a complete shambles. The parliament of Papua New Guinea, with a population of six million, represents 20 political parties (out of 45) that have 109 seats. In other words, the presence of parliament by no means indicates a high living standard.

Parliamentarism dates back centuries and has been the subject of countless doctorates and monographs. There is a chair of parliamentarism at the National Academy of State Administration under the auspices of the President of Ukraine. And this considering that our parliament’s ratings are constantly on a downward curve, that it is an institution least trusted by the population. What factors determine an effective parliament, proceeding from parliamentary experience boasting hundreds of years?

By and large, there are two: (1) an advanced civil society and (2) influential political parties as its part and parcel.

How about these factors in Ukraine?

A civil society can effectively exist under several mandatory conditions.

First, there must be an active and influential middle class – people who do not financially depend on the state and can independently ensure an adequate living for themselves and their families. There is no such class in Ukraine and the state is making every effort to nip it in the bud. There are oligarchs and for them the middle class is a thorn in the side. Those who can survive under such conditions deserve every praise. They are few, 65 percent of the population rely on subsidies, and two-thirds cannot earn a living unaided. An absolutely scandalous situation in a country that seeks EU membership. A situation in which there can be no middle class.

Second, protection of private property. My African (sic) partners are amazed to hear about such property being mine today and someone else’s tomorrow – when someone comes and says, ‘It’s no longer yours, it’s mine.’ In Ukraine, this is almost standard practice. Even foreign proprietors are not guaranteed protection against hostile takeovers. In 2016, direct foreign inland investments amounted to $3.5 billion and the sum dropped to $2.5 billion in 2017. Foreign investors are afraid of hostile takeovers, corruption, and our judiciary.

Third, a high degree of public activity as manifested by political parties. There are more than 360 so-called parties in Ukraine, of which 17 are registered in one (sic) name. And I’m sure their number will increase before the elections in the fall of 2019. In this country, political parties are a commodity in market demand.

For example, they propose to establish a party with a 10 percent military membership. Sounds like a good idea. I wrote in Den (October 25, 2014) that I hoped our generals with more than one star on their shoulder boards would remember their strength and dignity, and would undertake to solve at least some military problems.

Another extremely important factor of a civil society is absent: influential labor unions. Without going into details, it should be stressed that political parties won’t be effective without the unions’ support. 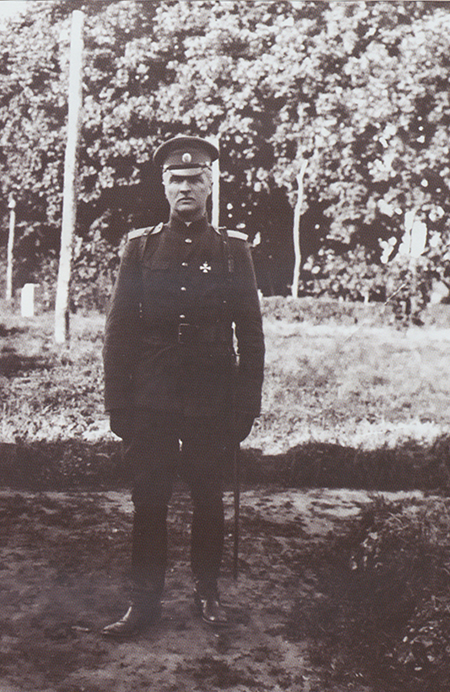 In a word, there are no conditions for an influential civil society in Ukraine, even though “civil society” is a mantra repeated by our politicians and analysts so often that people tend to believe in its existence. It is in its first stages and the volunteer movement is graphic proof, having emerged in response to an external factor, Russia’s aggression. It demonstrates the whistle blowing’s great potential, but this initiative is waning without support from the state, its resources are being exhausted. There are also countless local public initiatives and they are small but growing roots of what can become a true civil society.

Summing up, a civil society is one with civilized market relationships. For so long as we have monopolies and oligarchs, civil society will remain a prospect. How long does history give us to make this prospect a reality? Are there forces capable of using this time effectively?

Today, we hear about who will most likely become President in 2021. Time is not always on our side. One ought to remember that it took civil societies centuries to evolve in Europe. Without an effective civil society there can be no effective parliament, because there is no foundation for it.

What is the final criterion of an effective parliament? It is gradual and steady progress of the state with its positions and international prestige being strengthened, with its frontiers remaining inviolable (e.g., Article 17 of the Constitution of Ukraine) and living standard increasing.

Here everything is the other way around. Over the years of independence, Ukraine, with the Verkhovna Rada and a European Singapore potential, has turned into Europe’s poorest country. It has lost part of its territory and its younger generation doesn’t believe in its future. What kind of parliamentary republic can there be under the circumstances?

Do we need this kind of parliament? We do, even this kind. It has to provide legislative groundwork for all institutions of power. However, it doesn’t necessarily need so many MPs. Our parliamentarians must be professionals, not button pushers [i.e., using their own and other MPs’ ID cards to press buttons during a vote, which is against the rules].

If not a parliamentary republic, then what? The choice is small and nothing new. I offered it 20 years ago, in an article entitled “Will Ukraine be Saved by Authoritarianism?” (Kievskie Vedomosti, October 7, 1997). It read, in part: “Some 15-20 years from now, the situation in this country will settle somehow. There will appear a normal political force that will care for the state, rather than only for itself. Somehow, our economy will get back in shape.” I was then a great optimist. Meanwhile, the conclusion has become even more topical. In our country, the presidential system is a form of authoritarianism. Under our so-called parliamentary-presidential system, all roads lead to the President. This isn’t coincidental and nor is it to be credited to a certain individual. This is an objective process as our society subconsciously demands this form of governance.

For our politicians, authoritarianism is like a red rag to a bull. Add here totalitarianism and dictatorship. This is Europe in the 21st century, there is democracy, and so on. They start talking about Kuchma, Yanukovych, and the current President, but never mention any of the authoritarian rulers who built truly thriving countries. They weren’t elected by the people as the sole source of power, people who are said to be so good and wise (especially during the election campaign).

Are there any guarantees that our wise people won’t elect another Poroshenko? Then perhaps it’s not worth relying on the people if one considers contents rather than form, the state rather than the form of governance? If one stops worrying about what Europe will have to say on the matter? Then one would need only (1) criteria worked out and binding on the President, under new conditions and with new tasks, and (2) the mechanism of selection and election, period. We have enough negative experience, so we must accumulate a positive one. I believe that the Editors timely proclaimed 2018 the Year of Hetman Skoropadsky. There are lessons worth learning.

Ukraine will need a presidential system for the next 15-20 years. There will be new political parties and they will have to help him build a new Ukraine. The notorious political will must be in one hand in wartime. When in the hands of 450 MPs, it is being reduced to nil.

One also should remember the direction in which this world is moving. Edward Lucas wrote in The Economist that 2014 was the year when the world we knew ceased to exist. Gentlemen clad in dinner jackets with bowties were replaced by “green men” with Kalashnikovs. The old world resisted, but objective factors were making democracy rather weak when faced with them. Under new conditions, decisions must be made instantly. However, democracy is a process. When the separatists rebelled in Nigeria, the President-General imposed martial law the following day, without any discussions.

Ukraine still has a chance. Who will have the guts to use it?