Dialog or an act of intellectual capitulation?

Historians from Ukraine, Russia, and France state that it is necessary to bring the war in eastern Ukraine to an end
Ihor Siundiukov

Our reader will probably say that such statements are today utopian declarations at best. And one must admit that there are some reasons for such assessments. At the same time, other factors deserve to be mentioned as well. The willingness to call things by their right names should be the first step on this long and thorny path. This is really important. And the appeal of the meeting’s participants, signed by all three parties, reads: “We believe that the occupation and subsequent illegal annexation of Crimea by Russia and the initiation by Russia of an armed conflict in the Donbas are violations of international and bilateral treaties and the territorial integrity of Ukraine. The end of the war and the restoration of Ukraine’s sovereignty throughout its territory is a prerequisite for peace.” As we see, the formula of “Russian aggression” is absent here, and yet...

The participants of the meeting identified the “general principles and values on which our dialog is based: the parties should be equal partners respecting the state sovereignty and the principle of the inviolability of borders in Europe, the rule of law, the freedom of conscience and dignity of each person.” Scholars from Ukraine, the EU, and Russia declared, in particular: “We want to develop a new approach to the study of historical facts offering a narrative of the events which should be as unbiased and scholarly valid as possible, while leaving room for different interpretations of historical facts...” 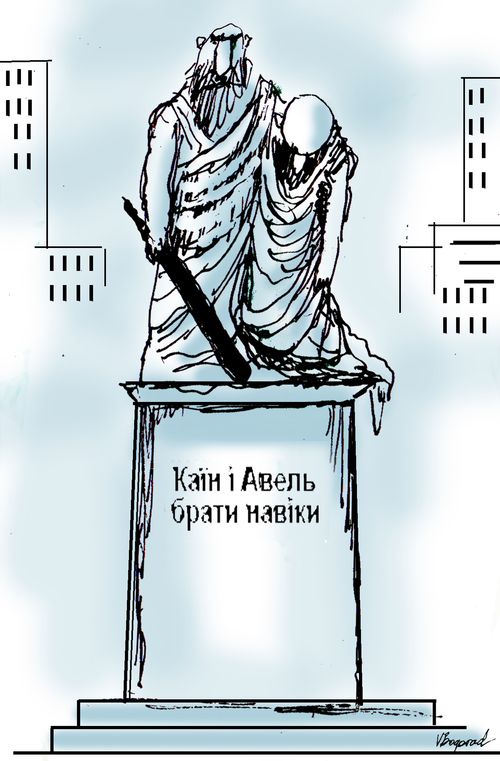 These intentions are generally laudable. At the same time, I would like to make a few remarks. Firstly, the Russian participants in the dialog, with all due respect for their courageous position, have quite limited opportunities for influencing the political situation. Secondly, it is noteworthy that the Ukrainian side was represented by very highly regarded experts, but mostly belonging to a particular discipline, namely religious and confessional history. Were “secular” humanities scholars to join them, it would have strengthened dialog! Thirdly, we would like to see more specific statements, especially regarding the “periodization of the national consciousness formation of the Ukrainians and Russians,” which was approved during the meeting, still reflecting the influence of myths about the “common history.” However, we will believe that the first step has been made! It is merely the first one, though.

“It is necessary to pay attention to what sociologists call ‘the other Russia.’ These are not the people who now form the government of the Russian Federation, and not the people who support that government. If you read the text of the final document of a meeting involving intellectuals from Russia, Ukraine, France and other European countries, then you will see that it calls things by their right names. The war is called a war, and occupation is called occupation. The document also mentions the need for equality-based relations, and hence respect for the territorial integrity and sovereignty of Ukraine. These are the basic positions on which a dialog with us can be built. I would remind you that European countries were the initiators of this meeting.

“We may well fail to understand everything at once, and it may seem to us that the present situation between Germany and France is not that similar to ours. However, several centuries of war preceded a successful dialog between these countries which started in the 20th century. And this dialog between them started, oddly enough, in 1932. That is, even before World War II, historians from France and Germany began to try to write a common history together, featuring a common view of the two nations’ historical events. This process was completed only in the 1960s. They showed us in France a joint German-French history textbook which was issued in 2006. There is also some experience of dialog between Germany and Poland. The dialog process in the Balkans is still going on.

“That is, this process can be quite lengthy. But if we want not just another truce, but a true peace, then we have to start a dialog. Today’s war uses the images and myths of the past. We need to ‘de-mine’ our history. And we discuss peace not with those who want to kill us, but with that stratum of Russian society that opposes it.”

Interviewed by Valentyn TORBA, The Day