Elon Musk did it. On February 6, his company SpaceX successfully launched the Falcon Heavy, the world’s most powerful launch vehicle. Musk’s personal sports car, Tesla Roadster, with a mannequin Starman at the wheel was put into an intermediate circumterrestrial and then heliocentric orbit. After speeding-up, this “payload,” equipped with observation devices, headed for the asteroid belt beyond the orbit of Mars. “[The roadster will] get about 400 million km away from Earth, and it’ll be doing 11 km/sec,” Musk told reporters. “We estimate it will be in that orbit for several hundred million years, maybe in excess of a billion years.”

Musk has done what three famous Ukrainians – Valentyn Hlushko, Sergey Korolyov, and Volodymyr Chelomei – dreamed of and strenuously worked on. Korolyov, for example, planned a manned flight to Mars without landing – two cosmonauts, a large spaceship – in 1972 or 1976 (the minimum-energy launch windows for a Martian expedition). It was a dream embodied in drawings – Korolyov designed a super-heavy launch vehicle, N-1, capable of putting a 100-ton payload into a low earth orbit (this rocket was built and began to be test-flown in the late 1960s after Korolyov’s death), while Chelomei proposed making a super-carrier, UR-900 (or UR-700M), based on the existing UR-500K launch vehicle (better known as Proton whose modified version Russia is still using). A payload of 240-250 tons was to be put into a low Earth orbit. But this project remained a non-starter. Hlushko achieved better results. The Energia launch vehicle conceived at his design bureau made two successful starts in 1987 and 1988. In 1988 it put the unmanned Buran space shuttle into orbit – it was its first and last flight. The Energia could put a 100-ton cargo into orbit, and its modification Vulcan (never built) was designed to lift 175-200 tons. Like the strap-on boosters of the Falcon Heavy, those of the Energia were supposed to be reusable, i.e., to be able to make a soft landing on parachutes after the acceleration of the main block. Hlushko suggested that a flight to Mars be made in the early 1990s. But… Things went awry. 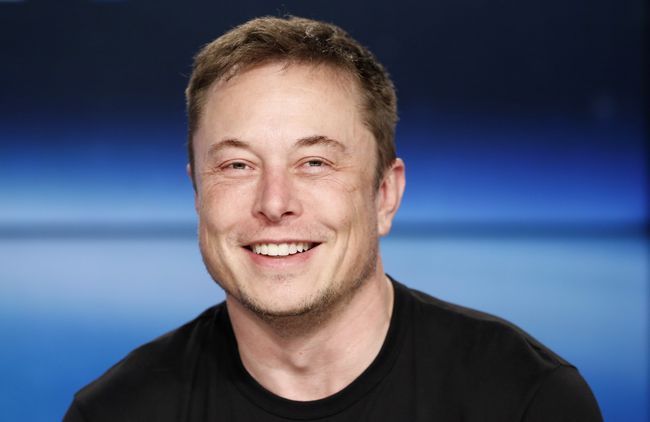 Incidentally, the Falcon Heavy can put a far smaller payload, 64 tons, into a low Earth orbit. It is considerably less than the Saturn V launch vehicle, designed by Wernher von Braun, could carry in the late 1960s, when it was used for US manned expeditions to the Moon and the launch of the Skylab orbital station.

Does this fact mean that Elon Musk has only made a repetition (not completely at that, for the Falcon Heavy’s carrying capacity is inferior to that of the N-1, the Energia, and the Saturn V)? No. His company has developed a new-generation super-heavy launch vehicle, a few launches of which will be enough to put into a low Earth orbit the blocks from which the manned Mars-bound ship will be assembled. Modern technologies will allow making it lighter, more reliable and comfortable than it was possible on the basis of the 1970s-1980s technologies.

But, maybe, it is not the main thing. The main thing is that the new super-heavy launch vehicle was made by free people, enthusiasts and dreamers, by a private, not state-run, company for only 500 million dollars, whereas the previous projects were carried out by the state and cost billions and billions. Clearly, Musk used all the achievements of humankind on the way to outer space, but his team worked more effectively because bureaucrats did not harass them (at the same time, the state did not ignore them either, placing orders for satellite launch vehicles. To achieve his dreams, Musk did not have to join the SS and make the V-2, as did von Braun, or to “redeem his faults” in Stalin’s prison camps, as did Korolyov and Hlushko (and to make nuclear-tipped ballistic missiles instead of space exploration rockets), or to lose a job, which happened twice to Chelomei (who also had to make ballistic missiles, although his intentions were aimed at the Moon and Mars). Musk avoided all this, which means that the world has essentially changed, no matter how hard Russian imperialists (whose rockets so often, and not so accidentally, explode or fall into the ocean) or Islamist fundamentalists may try to turn it to the past. Humankind can now hope for an early “comeback to the Moon” and the piloted continuation of the “Martian chronicles.”

Unless, of course, another US president decides, instead, to increase food rations for dozens of millions of ne’er-do-wells or to carry out some projects in the interests of not those who dream and work but those who parasitize on contemporary civilization and its perhaps imperfect humanism…

Yet this is unlikely to occur. For, at least as far as a manned flight to the Moon is concerned, China is “breathing down our necks” and India may soon catch up. After all, competition (and, at the same time, cooperation, at a certain level and inevitable in the world of today, like in the film The Martian) are the prime movers of progress – of course, when this competition does not turn into antagonisms and interstate clashes.

…Meanwhile Elon Musk’s Tesla Roadster is flying to the asteroid belt on a heliocentric trajectory at a velocity of about 11 km/sec.