Further away from Moscow

Milo Djukanovic, Montenegro’s permanent political leader, won the presidential election in the first round. The State Election Commission, after counting 100 percent of votes, declared that the leader of the Democratic Party of Socialists (DPS) had collected 53.9 percent of votes, compared to the united opposition’s candidate Mladen Bojanic’s 33.4 percent.

Changing the party leader’s seat for that of head of state won’t change much in Mr. Djukanovic’s actual status or in Montenegro’s political life and that of the man in the street. Opposition media tagged the election’s outcome as the Groundhog Day.

BY WAY OF PROFILE

The Democratic Party of Socialists nominated Mr. Djukanovic for president on March 19, 2018. Prior to that, for the past 1.5 years, he had been a politician without a government position, but cut as much political ice. For example, the DPS leader was among the VIP guests during the festivities marking Montenegro’s admission to NATO at the Alliance’s headquarters in June.

In a word, Milo Djukanovic is Montenegro and vice versa, although in his case the situation has more aspects than meets the eye.

Montenegro’s opposition has continuously accused Mr. Djukanovic of dictatorial and authoritarian trends, corruption, and alleged links to organized crime. Remarkably, this permanent leader of Montenegro with a dubious reputation and communist party has succeeded in leading the former Yugoslav republic through the war, winning national independence, joining NATO, and making this small Balkan country a number one EU candidate member.

It was a long road that started at the beginning of the war in Yugoslavia. In the fall of 1991, Montenegrin reservists of the Yugoslav People’s Army were mobilized to form the main striking force to attack Dubrovnik. They wanted to end the war in a couple of days and “have coffee in the evening on Stradun St.” in the Old Town of Dubrovnik. Instead, they found themselves faced with a very difficult, exhausting campaign. Antiwar moods were mounting behind the rear lines, the press wrote about “bitter Stradun coffee,” and antiwar activists were staging rallies. Montenegrins were prepared to keep fighting for a united Yugoslavia, but never for “Great Serbia” as proclaimed by official Belgrade. 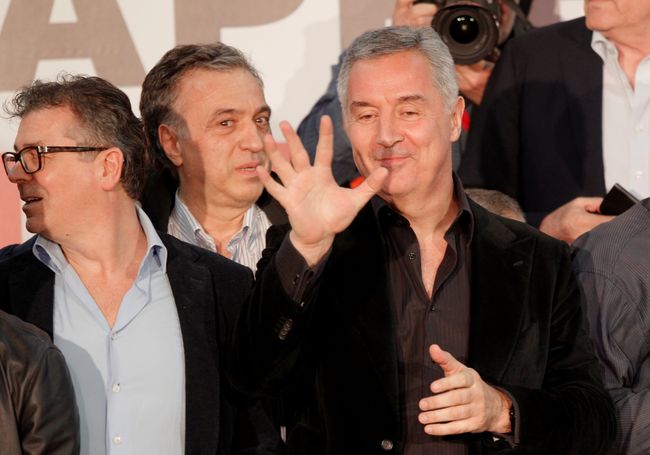 After the Yugoslav People’s Army suffered a defeat and retreated from Dubrovnik, Montenegro began to distance itself from Serbia. This movement was headed by Milo Djukanovic who had embarked on a political career as Slobodan Milosevic’s comrade-in-arms.

Following the abortive Dubrovnik campaign, no Montenegrins were drafted into the Yugoslav People’s Army and the republic agreed only on labor manpower mobilization. Montenegrin Serbs took an active part in combat operations and held important ranks in the Yugoslav Army, but they did so in compliance with the policy of Belgrade rather than Podgorica.

Montenegro lived in peace while war was raging around the small country, and Milo Djukanovic considered this to be one of the most important achievements. There were targets for NATO air raids in Montenegro in 1999, but those targets belonged to Yugoslavia and Montenegro, unlike Serbia, did not see itself as a successor to the empire.

After a referendum in 2006, Montenegro peacefully withdrew from the Federal Republic of Yugoslavia and then from Serbia. Milo Djukanovic headed a movement for the restoration of Montenegro’s national independence. He led the campaign for an independence referendum on May 21, 2006.

Montenegro won independence owing to the patriotic Montenegrins and all basic ethnic minorities, primarily Bosnians and Croats. Ethnic minorities voted for Milo Djukanovic on April 15, during this year’s presidential election, and the Kosovo leadership was the first to congratulate him on his victory (needless to say, Montenegro had recognized Kosovo when it came time).

At the same time, Serbia-oriented political parties (and some openly pro-Moscow) form the key opposition. This is another paradox of Montenegro, with the “brotherly” Slavic and Eastern Orthodox Serbs being the inveterate and strongest opponent of independent Montenegro. This, and the fact that the Muslim Bosnians, Catholic Croats, and non-Slavic Albanians (among them one finds Orthodox, Muslim, and Catholic believers) support Montenegrin independence.

The attitude toward Euro-Atlantic integration is likewise divided, with the Serbs and pro-Russian forces opposing it and the parties of ethnic minorities supporting it.

Montenegro’s road to NATO rates a separate chapter in its history and should be studied by Ukrainian researchers in the Euro-Atlantic domain.

Its government has for years carried out all NATO’s directives concerning reforms and the Alliance’s standards. However, the breakthrough came after Podgorica’s law-enforcement agencies, aided by Western partners, had cleared the defense ministry and clandestine agencies of Russian spies. Incidentally, this prevented a coup d’etat that had been scheduled for the 2016 presidential election. Simply put, those saboteurs had failed to come to terms with the Montenegrin law-enforcement men.

In fact, treason, particularly high treason and political corruption, aren’t innate in Montenegro, even though this country is anything but immune to bribe-taking and organized crime. Local officials are said to be willing to make any deal, save for one’s political stand and national interests.

Some Montenegrin politicians are opposed to both the current administration and the Montenegrin state. To be precise, they support another, neighboring “fraternal” regime that only recently embraced a single “great country.” This kind of opposition could surprise someone, but no one in Ukraine.

This situation, with a society divided between those supporting independent Montenegro and those determined to return into the Big Brother’s embrace, can only benefit Mr. Djukanovic. In the course of any election campaign, it mobilizes his political supporters and all Montenegrin patriots and people opposed to the Serbs and Russia.

A political environment any Ukrainian presidential candidate could only dream about, but there is a “but.” I have followed Montenegrin politics for many years and kept wondering about an incredible combination of organized crime, corruption, and authoritarianism while consistently developing the country and, most importantly, effectively leading it along the road of European integration. So far, I have only one explanation: Montenegrin politicians love Montenegro and do not sell their homeland.

This is something any Ukrainian politician wishing to follow in Milo Djukanovic’s footsteps should bear in mind.