US President Barack Obama delivered his seventh address to the American people late on January 20 Kyiv time. In his hour-long speech before the two chambers of the US Congress, he paid much attention to the internal situation in the country. In particular, the current occupant of the White House announced that the US financial crisis is over and outlined his strategy of “middle-class economics” that appeals to working families. Other plans put forward by Obama include free education for nine million students of two-year community colleges, equal pay for men and women and closing the Guantanamo prison.

Touching on foreign policy, Obama said that the US retained “the right to act unilaterally” against terrorists and urged the congress to authorize the use of force against the Islamic State. It should be noted that the war powers of the president, who is the commander-in-chief as well, allow him to do so without asking for the congressional permission. The current occupant of the White House also spoke about the successes of his administration’s foreign policy, citing the example of Russia’s isolation caused by its annexation of Crimea and support for the separatists in eastern Ukraine.

“We are demonstrating the power of American strength and diplomacy. We’re upholding the principle that bigger nations can’t bully the small – by opposing Russian aggression, supporting Ukraine’s democracy, and reassuring our NATO allies. Last year, as we were doing the hard work of imposing sanctions along with our allies, some suggested that Mr. Putin’s aggression was a masterful display of strategy and strength. Well, today, it is America that stands strong and united with our allies, while Russia is isolated, with its economy in tatters.

“That’s how America leads – not with bluster, but with persistent, steady resolve,” Obama stressed in his address.

Steven PIFER, Senior Fellow at the Brookings Institution’s Center on the United States and Europe: 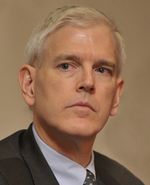 “In his State of the Union speech, President Obama noted US opposition to Russian aggression and support for Ukraine. He pointed out that much has changed since last year – that the United States and its allies stand united, while President Putin is isolated and presiding over an economy headed for recession.

“Indeed, much has changed over the past half year. Last June, Mr. Putin seemed to be on a roll. His military had seized Crimea at apparently minimal cost. The Kremlin was funding, arming and providing leadership for a separatist movement in eastern Ukraine with the goal of destabilizing Kyiv and Petro Poroshenko’s barely begun presidency. In the West, the United States and European Union struggled to come up with a coherent approach to economic sanctions on Russia.

“Today, Mr. Putin has learned that his actions have costs. The United States and Europe have moved in parallel to apply increasingly robust sanctions. Those measures, coupled with the fall in the price of oil, have made themselves felt in a big way in Russia: capital flight totaled $150 billion in 2014, the ruble has lost half its value from a year ago, officials in Moscow expect the economy to contract by almost five percent in 2015, and Russian companies are trying to figure out how they will refinance the tens of billions of dollars in debts that come due this year.

“The West finds itself in a stronger position than many would have predicted last year. But a conflict continues to rage in eastern Ukraine, with new reports of regular Russian army units fighting in the Donbas, while Russia has bolstered its military presence in Crimea. And Ukraine is drawing uncomfortably close to financial collapse.

“President Obama therefore needs to work with German Chancellor Merkel and other European leaders to sustain and strengthen the West’s response to the conflict. The United States, European Union, and international financial institutions should prepare a package of additional financial support for Ukraine as Kyiv implements meaningful economic reforms. And the United States and other NATO members should urgently provide increased military assistance, so that Ukraine can better defend itself and deter further aggression and escalation by Russia.

“If the West can help the Ukrainians close off the military option for Russia, and sanctions continue to impact the Russian economy, there is a chance that the Kremlin will consider adopting a new course and seek to negotiate a genuine political settlement. Getting to that negotiating space is the goal of sanctions and military assistance.”