Leonid ZASHKILNIAK: “This in fact means that Warsaw is overestimating its abilities in an attempt to diplomatically extend its borders”

Many Ukrainians still cannot understand the reason why the Polish Sejm has unexpectedly passed a disputable resolution which calls the UPA-organized massacre of the Polish civilian population in 1943-45 as “genocide.” On the other hand, it is strange that the Verkhovna Rada of Ukraine has not reacted at all to this decision – maybe, so far, because MPs are away on vacation. Yet this does not mean that the Ukrainian leadership should not respond to this unilateral action of the Polish parliament. This is the subject of an interview with Leonid ZASHKILNIAK, a Ukrainian historian, an expert on Ukrainian-Polish relations, deputy director for research at the Krypiakevych Institute of Ukrainian Studies (affiliated with the National Academy of Sciences of Ukraine).

“THE POLISH RESOLUTION IS ONE-SIDED, UNBALANCED, AND BIASED” 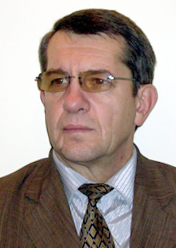 “Our response to the Polish resolution should be moderate and well-balanced, without accusations or any inadequate actions. Firstly, this should be a Verkhovna Rada resolution which says that the documents the Polish Sejm has adopted are unbalanced and give a one-sided assessment of Ukrainian-Polish relations in the period of World War Two and that this matter requires additional study and a bilateral discussion because many points in these relations are still to be clarified both qualitatively and quantitatively. A large number of figures and assessments in these documents are of an unbalanced and one-sided nature.

“Secondly, this document should say that the Ukrainian side and the Ukrainian national movement as a whole raised the question of not exterminating the Polish population in Volhynia and Galicia but of only removing or resettling it in the conditions of a raging war. It is not enough to assess the unilateral anti-Polish action in order to understand the whole complex of Ukrainian-Polish relations during World War Two because, under these circumstances, any attack on any village – be it Ukrainian or Polish – can be interpreted as war, genocide, or cleansing, for the Polish side had been making this kind of attacks since 1941. I must say that wresting an event from the complex of events cannot provide an adequate and unbiased picture of these relations.

“For example, the Polish underground had established almost 300 strongholds in Volhynia alone by 1943. Those centers would make forays into Ukrainian villages and repel the attacks of Ukrainian insurgents.

“On the whole, the Polish resolution is one-sided, unbalanced, and biased. Therefore, it should be not so much condemned as discussed by the two countries’ MPs. But, before they do so, this matter should be seriously discussed by historians and other experts.”

“OBVIOUSLY, IT WAS A WAR FOR RESTORING THE PREWAR STATUS QUO OF THE SO-CALLED BORDERLANDS”

And what do you think of the statements of some top Polish officials, including President Andrzej Duda, about the necessity of discussing the truth about those events, to which the Ukrainian side allegedly objected?

“Firstly, we have been saying the truth all the time, particularly about shortage of documents and materials that could shed light on the essential and quantitative sides of the conflict in Volhynia and Galicia. Secondly, it is important to note that the Polish side persistently alleges that those events occurred on the Ukrainian side’s initiative, when Ukrainian nationalists allegedly held sway in Volhynia and Galicia. But this is not true. Moreover, it is clear even from the latest published materials that it was a war for restoring the prewar status quo of the so-called borderlands (“kresy”). They still don’t want to admit this. In these conditions, the Ukrainian national movement turns out to be an object, not a subject, of international relations, as if the insurgents rose up against a legitimate government. In other words, they mutinied against a legitimate government. But in reality there was no legitimate government. The occupational authorities, which bore full responsibility for what was going on, were in fact helping to fuel, rather than to put out, this conflict.

“So, in this case both the Ukrainian and the Polish sides were in equal conditions – under the oppression of invaders. This must be taken into account by all means. But the Poles are saying: as there was a Polish government in exile, they have every right to pursue their policies on the occupied territories. But this runs counter to international norms.

“There is a superb work by the now, unfortunately, late Polish historian Ryszard Torzecki, in which he argues on the basis of ample factual and photographic evidence that the blame for the Ukrainian-Polish conflict in Volhynia and Galicia lies with both nationalist leaderships that acted on those territories at the time.”

You may have heard some Polish politicians, including Sejm member Michal Dworczyk who visited Kyiv, say that by recognizing the UPA the Ukrainian government in fact glorifies the criminals involved in the Volhynia massacre, whereas Poland is not making heroes out of the Poles involved in the killing of Ukrainian civilians. What will you say to this?

By the way, in a commentary on the article “UPA and Genocide: What the Polish Sejm’s  Resolution Means” (http://ukraine.politicalcritique.org/2016/07/upa-j-genotsid-pro-shho-svi...), the Poland-based Ukrainian political writer Olena Babakova points out that Poland has long had a clearly worked out narrative about the Volhynian tragedy – something that Ukraine lacks. She says Volodymyr Viatrovych’s version is weak from the angle of facts and methods. What kind of work should we do from the historical and political viewpoints?

“I’ve read Babakova: she is trying to take a neutral and impartial attitude from the angle of an onlooker, not of national interests. Therefore, this attitude has a number of weak points. For example, if the Ukrainians were not subjects of international law in the war against the Poles, this can be called revolt and terrorism. But this movement must be viewed in the context of the overall Ukrainian liberation movement that was subject to international law. As for Volodymyr Viatrovych, I think he, on the contrary, pursues a well-balanced policy in this matter. There may be some drawbacks in it, but there can be no ideal solutions that could satisfy everybody. Yet, with due account of the current situation, subjectivization of the Ukrainian movement and the present-day Ukrainian state is an element of Ukraine’s consolidation in the world. There can be no other option – either we consolidate Ukraine or we repudiate it.”

“THEY WANT US TO BE AN INFERIOR SIDE”

Meanwhile, Taras Stetskiv wrote on his Facebook page: “The Polish premier’s state secretary Anna Maria Anders said on August 2: ‘Warsaw-Kyiv relations will not improve unless the truth about the Volhynian massacre is admitted.’” How should we respond to this position?”

“What kind of truth do they want? The Ukrainian and Polish media told all the truth in 2003. There were victims among civilians and raids on Polish villages, and there were raids on Ukrainian villages. There were thousands of innocent victims. What else should be admitted?

“There were victims in that war. Many of the published materials say that the UPA, particularly Stepaniak in the OUN(b) command, condemned extreme radicalism and cruelty in the raids on Polish villages. All this really took place, and we condemn now the violent methods of those days. But let me remind you that the Genocide Convention, adopted on December 9, 1948, gives a very broad definition of genocide. Particularly, under Article 2 of this convention, we have the right to accuse the interwar Polish governments of committing genocide against the Ukrainian people. It is about infringement of the rights of ethnic minorities, such as, for example, taking children away from families. So we have the right to call the Polish interwar government and the Polish World War Two underground to account for genocide. We can also say that the Armia Krajowa’s attacks on Sahryn on March 10, 1944, and Pawlokoma on March 1-3, 1945, were nothing but genocide of the Ukrainian people.

“Yes, we can call the Poles to account for genocide. But is it worth doing so, for the slogan ‘We forgive and ask to be forgiven’ is the best way out this situation? I don’t think we should do so. Instead, we should explain to our Polish colleagues, who may be giving in to some manipulations, the essence of the conflict that involved both sides and took a heavy toll.

“They want us to be an inferior side. They allege that Poles deserve the sympathy of the whole civilized world, while Ukrainians do not, for they are a bunch of rebels, and so on…”

Do you think it is symptomatic that the Russian Duma is going to support the Polish Sejm’s resolution?

“And do you remember that 150 of our MPs once urged the Polish Sejm to call this conflict genocide? This is beyond any explanations – all these signers must be brought to criminal justice. For it is betrayal of national interests, a thing inadmissible in a normal state.”

Maybe, the current Verkhova Rada should demonstrate this legitimateness and pass a well-balanced resolution in response to the Polish Sejm’s rash and ill-founded decision. But, for some reason, it hasn’t yet done so.

“That’s right. In general, the performance of parliament has been rousing serious concern lately, to put it mildly. I think this escalation is linked to the current situation in Ukraine. We can see quite an active revival of great-power sentiments in Polish society. Some are toying with the idea that if Ukraine as a ‘seasonal state’ (the term Hitler and Stalin applied to Poland in 1939) breaks up, Poland will be able to regain its borderlands. Moreover, in 2013 the Internet was rife with maps that showed red arrows pointed to Lviv and Vilnius. In other words, these great-power tendencies are being nourished against the backroom of an ongoing war. Maybe, if there had been no events of 2014-15, this question would not have emerged.

“The fact that the current Polish leadership has amended the laws on the Constitutional Court and the mass media, which provoked EU criticism, shows that some not so good ideas are being revived in Poland – the Poles are in fact overestimating their abilities in an attempt to diplomatically extend their borders. Otherwise, it is not clear why, now that the last participants in those events, aged over 90, are departing this life, this issue should be broached, particularly when it is emphasized that Ukrainians are bandits who perpetrated a massacre, etc. But did the Poles not do the same?

“The Poles carried out uprisings in 1830, 1860, 1905-06, 1918, and they treat insurgents as heroes but, for some reason, they deny Ukrainians this status. This is an old tendency of arrogance towards Ukrainians. We must continue saying confidently that our struggle for an independent state had as much right to exist as the struggle of Poles to restore their independence did.”