Krakow’s museum of archeological finds is impressive. Kyiv has a chance to create something no less wonderful

A museum based on archeological excavations under Poshtova Square in Kyiv is still open to question. A Kyiv City Council commission recently gave the go-ahead, but the final decision must be made by at the council’s session. The excavations and construction have been stopped now, and the foundation of the museum is being gradually waterlogged. It is difficult to say whether the unique finds will successfully go through the bureaucratic formalities. Incidentally, initiators have won the best Public Budget project of the museum.

In December, Kyiv officials traveled to Krakow to see the local underground museum. When I came to Krakow in February, I also decided to visit the Underground Market in order to get the idea of a museum like this. On coming there on Tuesday, the day of free admission, I suffered a setback – all the free tickets had been taken a few days before. I did not give up: I booked a ticket in the evening on the website “bilet normalny indywidualny,” paid 19 zlotys for it at the tourist center the next morning, and finally went down to the Cloth Hall. 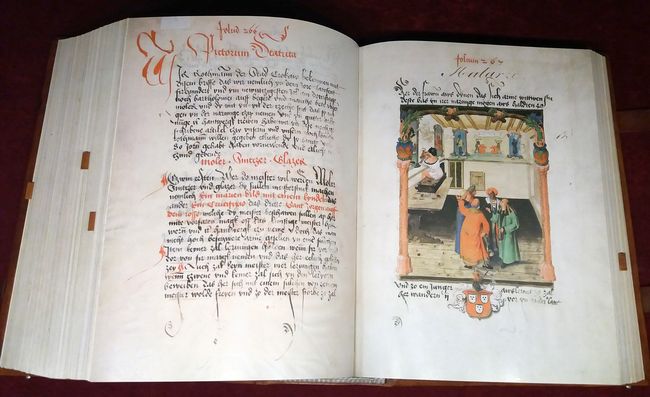 The first excavations on Market Square were carried out in 1899 near the Church of St. Wojciech. The next began in the 1930s. Ancient brickwork and a few 12th-century graves were found. Archeologists explored various segments of the square until the late 1970s, including the Cloth Hall basement. They also excavated medieval roads, remnants of administrative and residential buildings, and hundreds of burials, examined 11th-14th-century layers, and conducted initial preservation.

Explorations resumed in 2003, after a long pause. Historians focused on the structures destroyed or rebuilt in the 19th century: the Greater and Lesser Scales, the Wealthy Stalls, and the town hall. In 2004, during large-scale excavations, they unearthed deeper layers of the Gothic and medieval periods, a new segment of the necropolis, the urban infrastructure, and other material evidence of ancient epochs. The authorities understood then that these finds should be not preserved but shown to city residents and tourists. 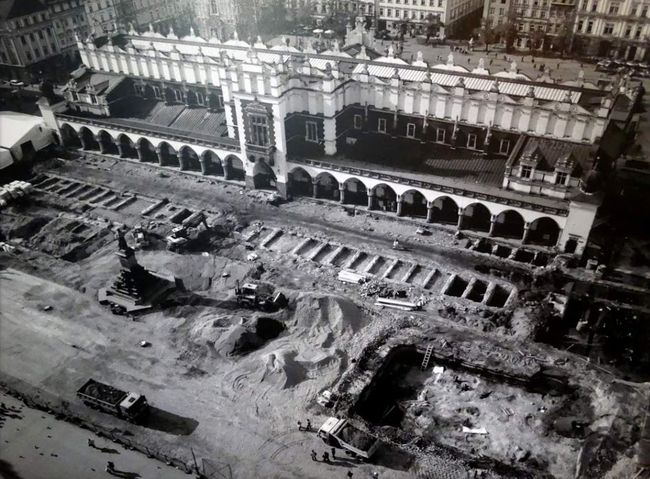 The then Ministry of Regional Development of Poland (now the Ministry of Infrastructure and Development) defined the project of adapting the underground and forming an exposition as one of the country’s top priorities. According to local journalists, the construction of the museum cost about 38 million zlotys, of which over 16 million was allotted by the EU as part of the program “Innovational Economy 2007-2013.”

The decision on the format and content of the exposition was made at the final stage of the excavations. Developers said they would drop the traditional idea of a museum and remove all barriers between the visitor and the exhibited item. As soon as in late September 2010, the first visitors strolled in the 4,000-sq. m. mazes.

The museum displays a total of almost 700 items and several hundred digitalized documents. They all confirm Krakow’s European identity and rich history and reconstruct commercial and cultural links with the largest cities of Europe. In the Middle Ages, it was not just a point at the crossroads of export routes, but also the capital of a powerful state. The Magdeburg Rights also had a strong impact on the development of Krakow and everyday life of burghers. 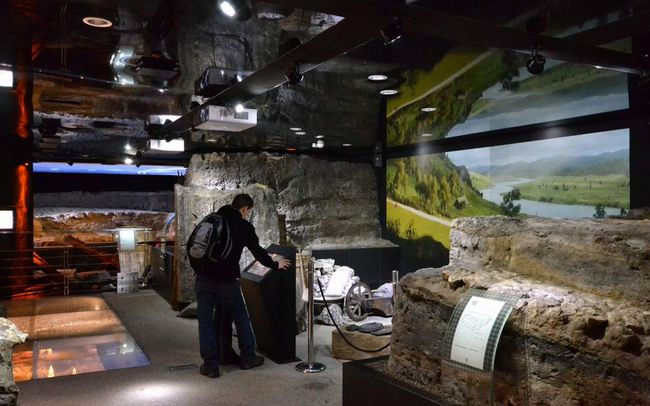 The so-called archeological witnesses – earth profiles that show the way the Market grew and developed – are spectacularly highlighted in semidarkness. Some of them still demonstrate the foreign objects that have remained in place to illustrate the atmosphere. Next to them are fragments of medieval roads paved with peculiar cobblestones. You cannot touch it everywhere, for glass barriers restrict and direct the traffic. There are areas, where the foot of a present-day tourist can step on wooden or stone floor. You can peek into a reconstructed smithy and some workshops and see who is taller – you or a typical resident of the medieval Krakow.

One of the most striking moments is walking on the glass floor over the map of medieval Europe (I also found Kyiv which had already lost its influence by then), the layers of bygone centuries, and… graves. The nook with the abovementioned graveyard excavations is one of the most interesting and informative. You can see here not only the posthumous “dowry,” but also information about the ways of burying, everyday life, and appearance of burghers.

A host of little things in the Underground Market’s expositions give us the idea of what the Krakowians wore, in what utensils they cooked meals, with what money they paid for goods, what children played with, what tools masters used, etc. Next to nearly each group of exhibited items is a touch screen that provides additional information in six languages. It also makes it possible to watch images, maps, diagrams, etc. There is also a calculator that converts modern units of length and weight into those of the measuring system in medieval Krakow. These screens are a free-of-charge alternative for those who do not like to be guided or just want to follow quickly an itinerary of their own. It is not the only element of this kind – the whole exhibition abounds in various multimedia plugs-in.

PROJECTIONS OF THE PAST

It is noisy in the museum – because of not only a multilingual chorus of visitors, but also emotional conversations and the din of medieval Krakow’s streets that rings out of loudspeakers. Projectors show portals to the city on the underground walls. We can spy on the quarrel of a not-so-young married couple, enjoy the dawn in a deserted by-street, and bypass frighteningly a big fire… There are also mini-showing rooms in the museum, which show films on various epochs, one of them having a 180-degree screen. The walls are hung with the “living” portraits of Polish kings and queens. The city’s best-known sights also revive in holograms. It is particularly interesting to watch the reconstructions of St. Mary’s Basilica. 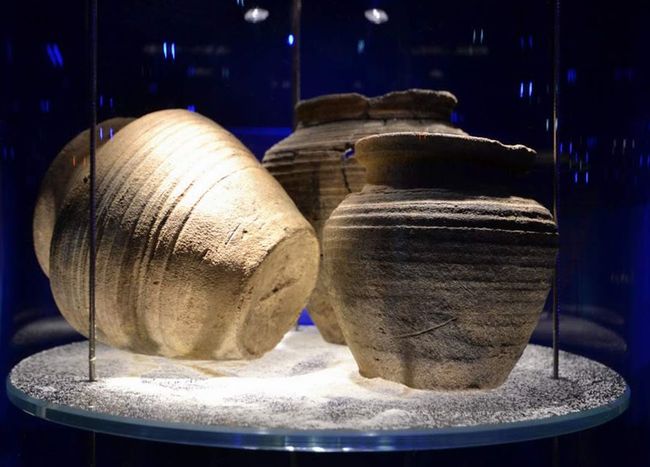 There is a special room with a mechanical theater in the middle of the museum for the youngest visitors. The little ones react rapturously to every change of sets, each of which presents a new legend about one of Poland’s oldest cities. Teenagers and many adults stand in front of the archeological game screen for a long time. You can move your fingers on the screen, looking for tiny artifacts in the virtual sand. You would like to gather all the ten in a few minutes, but the work of an archeologist is difficult even in the form of a game.

To conclude the visit to the museum, it will be a good idea to have a lunch or just a cup of coffee with a pastry in a cozy cafe which almost does not suggest that you are still underground. You can buy souvenirs nearby, but I am sure the choice up there, in the Cloth Hall, will impress you much more.

If you have a walk on Market Square before going underground, you will surely notice a glass dome between the Cloth Hall and St. Mary’s Basilica. Beneath it, in the brightest place of the Underground Market, stand a mockup of medieval Krakow surrounded by the images that look like chronicle pages. In the past centuries, the city has grown several times over and lost administrative top ranking, but it is still considered the cultural capital of Poland. Its life story comprises both brilliant and horrific pages (suffice it to recall the Jewish ghetto, Schindler’s factory, and Auschwitz). But city residents carefully protect, honor and are proud of history. So, for me, the light that illuminates the mockup is impersonation of the people’s hopes for a brilliant future of Krakow. And the visit to the museum is my personal hope that the Kyiv underground city story will have a happy end and that we will all learn to protect our history.