ReTuna – a ticket to a new life

A mall has been operating in Sweden for three years, which was the first in the world to deal in... “yesterday’s garbage”

Photo courtesy of the author

Humanity produces more than 2 billion tons of garbage a year. This is an average of 200 kilograms per person. In countries with active consumption, this figure reaches 2 tons per year per person. That is, each member of the middle class produces a small garbage truckload every year.

Waste rots in landfills, pollutes the oceans, and destroys ecosystems.

In many countries, people have long pondered how to avoid turning the planet into a big garbage dump. It turns out that garbage can be recycled.

Sweden is one of the world leaders in using the waste-to-energy technology. About 2.5 million tons of garbage are burned there every year to generate electricity or heat.

There are dozens of waste recycling plants and waste-fueled power plants in the country. They provide energy for about a million families, which is a lot for a nation of 10 million people. Malmo, for instance, gets 60 percent of its energy from waste.

A total of 99 percent of garbage in the country is used either as fuel for power plants or as industrial raw materials. Only 1 percent of the waste is buried in landfills. And this is only that which simply cannot be recycled or used. 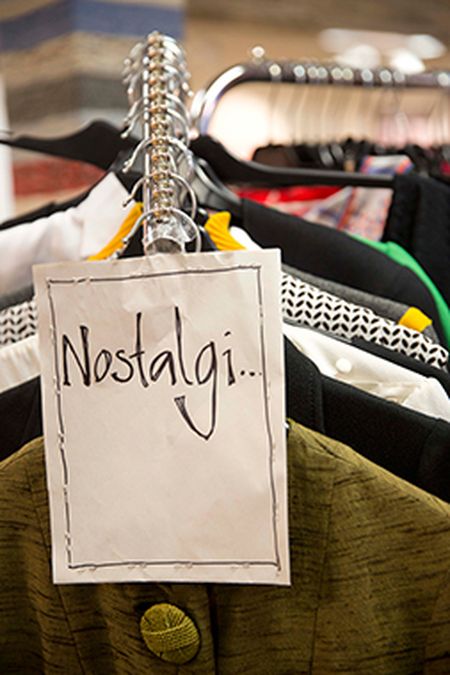 Of course, a lot has been written in Ukraine about the unique experience of Sweden, which has won its war on garbage and is now helping its neighbors as well by importing and burning their waste products. But within the framework of the sustainable development press tour, organized by the UNDP mission in Ukraine, the Swedes shared with us yet another secret of their special relationship with garbage.

It turns out that the Swedes are gravely concerned about the fact that the high income enjoyed by the average resident of Sweden leads to what they believe to be excessive consumption. To illustrate the problem, when a local family sells their home, or gets divorced, or some relative has died in it, all the furniture in the house is simply thrown out as garbage.

Founders of the communal center for receiving and sorting waste in the small city of Eskilstuna, located 80 kilometers west of Stockholm, challenged the rules of retail trade three years ago, in August 2015, bringing a completely new meaning to shopping. Here they sell and buy... “yesterday’s garbage.”

ReTuna is the first shopping center selling exclusively recycled and regenerated products, and not only in Sweden, but also in the world.

In the supermarket, one can buy only recycled and repaired goods.

The shopping center includes 14 shops, a restaurant, and an exhibition space.

In addition, there is a separate educational platform, letting interested Swedes to learn how to recycle even more. Graduates of such courses for adults (the youngest participant is 20, while the oldest is over 80) obtain knowledge in areas including industrial design, interior design, and sorting and recycling, as well as the corresponding diploma of upcycling specialist (upcycling means using old stuff in production). So, for example, if a woman was a regular nurse before attending this course, she can re-title herself as a nurse with upcycling qualification now that she has a diploma. It adds nothing to one’s salary, but it does testify that one is living in a more sustainable and more responsible way now.

Although the municipality owns the center, the stores are separate independent enterprises. Their owners pay rent to the municipal company, and receive a retail area and a product for sale in return, which is specified in the contract and pre-sorted by the center’s workers. The tenants include furniture, clothing, gardening, audio and video equipment, electronics, construction materials, and sports equipment stores.

Thanks to the center, 50 new jobs have appeared in the city. And, as the manager of the center told us, people working there were loyal to the employer and did not steal things they worked with.

The center itself is completely economically independent. The municipal company does not receive a single penny of subsidies from the city’s budget. Rents for retail areas, selling garbage for incineration, and holding special training sessions for the public on how to give the second life to old stuff allow ReTuna to pay bills and salaries of its employees.

Anna BERGSTROM, the founder and manager of ReTuna: 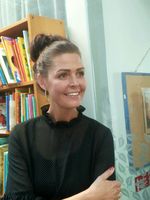 “The project that has been implemented in Eskilstuna demonstrates how we can use a circular economy model. Instead of the ‘take-use-get rid of’ linear model, we propose a model whereby everything we create can be recycled and reused.

“We can turn piles of garbage into valuable resources. After all, some of what we throw away can be repaired and re-sold. Of course, we have to make a lot of effort to get people to come to us and buy things that other people have already thrown away. We should be even better than ordinary stores, we should have the best smell, lighting, design, because the goods themselves are not in the ideal condition.

“People living in Eskilstuna (about 100,000 of them) can come here and leave stuff they no longer need with us. Our workers help to bring it inside. If someone does not want to turn it in for recycling, then they simply turn it in for sorting. People give us things for free. We ‘pay’ them only with our gratitude for being conscious in their consumption. This is a fantastic concept that deserves to grow and become popular worldwide.”