“Unpredictability has become a norm”

US President Donald Trump’s policy does not exactly fit in with the established rules in the world. This gradually changes traditional relationships in geopolitics, of which the latest G7 summit in Canada is a graphic illu­stration. A problem of partners’ unity has emerged in the Western camp. This cannot help but play in the hands of Russia which is waging a war against Ukraine. The latest visits of German Chancellor Angela Merkel and French Pre­sident Emmanuel Macron to Russia is Putin’s success. The same can be said about Trump’s call for Russia to be readmitted to the G7. All this should be a matter of serious analysis in Ukraine. How is Ukraine to behave in the US-Europe-Russia triangle? We are interviewing Kostiantyn HRY­SHCHEN­KO, Ukraine’s Minister of Foreign Affairs in 2003-05 and 2010-12.

Ukrainian political prisoner Oleh Sentsov, whom the Russian authorities imprisoned for 20 years on a trumped-up charge, has been on a hunger strike for almost a month. What can be done to have Sentsov freed?

“There must be a more active political communication on this matter, which means that releasing Ukrainian political prisoners should be put on the agenda of the negotiations the US president and European leaders are holding with Moscow. Naturally, Ukraine should, above all, constantly broach this problem in the world. But there is no guarantee that we will get the expected response. Sentsov’s deteriorating health and a real danger to his life are serious factors of influence, but I don’t think Moscow will readily take them into account. It is unlikely that somebody can offer a clear plan that could produce a concrete result.”

Will the EU stand united against Moscow?

“I think it is the reaction to the policies of US President Trump rather than the Kremlin’s merit. Unwillingness to heed the opinion of European politicians and ignoring their national interests causes EU leaders to seek an alternative. They seem to be unable to see any other alternative but Moscow, although it is, of course, inadequate. Europe’s disappointment over failure to influence the US and the resulting search for an opportunity to act independently, particularly to build bridges with the Kremlin, is a reaction to what irks Europe very much. Besides, the Americans do not suffer much from anti-Russian sanctions, as the main burden is being shouldered by the Europeans who are more and more thinking over whether or not it is worthwhile to continue the current policy.” 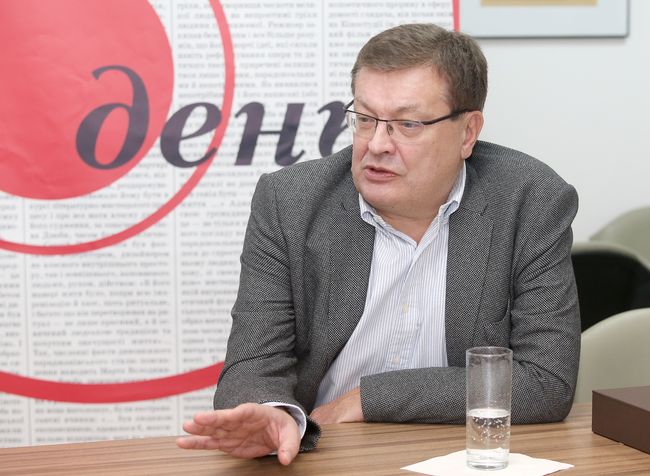 What is the logic of Trump’s policy towards the EU – is it about purely economic interests or something more than this?

“The logic of Trump’s policy can be discussed in general, but no one has given an answer so far. The behavior of not even the US administration but of Trump personally is a serious subject for examining the psychology and policy of making decisions based on the desire to be liked by the basic electorate. The slogan that all global policies are in fact domestic, local, policies has already been brought up to the highest denominator. And, as Trump’s basic electorate has a very simplified idea of international relations and the US’s role in them, he is fulfilling his promises (support for the domestic market, creation of new jobs by way of encouraging US companies to resume production in the US, and other advantages for Americans). Moreover, the advice and opinion of highly professional experts, including advisors from Trump’s inner circle, are not being taken into account. Therefore, entirely new criteria should be formulated and applied here. The logic that worked under previous administrations works no more.”

What impact does Trump’s policy have on the established rules in global geopolitics?

“It is very unusual to live in the conditions when unpredictability has become a norm. This used to be a rare exception, but today everybody must reckon with the fact that neither the personal relationships between Macron and Trump, nor the importance of commercial and economic ties between the US and Germany, nor the level of traditional trust between the US and the UK are decisive factors now. But nobody has found out so far what should be decisive. Nobody can explain Trump’s unusual affection for Putin because this does not seem to give him any obvious political advantages. Although the US as a state is pursuing a tough policy, imposing new sanctions against Russia, the president’s role is extremely important. For example, he cannot cancel or ease sanctions at any moment, but he can surely exert influence on their imposition and implementation and, what is more, on the attitude of US and European corporations to this. So we are living in a world where nobody but Trump himself can seriously influence the events. And the more this unpredictability embraces new regions, the more unable he himself will be to stop the course of certain events. This considerably complicates the work of diplomats of any state.”

Can we say that Russia is benefiting from the situation of partial chaos?

“It would be an exaggeration to say that they are benefiting because they have to pay a very high price for this. The impression of strength or certitude they are trying to demonstrate in the world costs them very much: limitation of economic possibilities, reduced access to loans, unwillingness of many banks to deal with them, etc. This will remain a burden for a long time. While the Donbas situation can be theoretically settled in the long term, Russia will have to shoulder the Crimean burden for a very long time. I don’t think the sound-minded Russians are happy about what happened. Yes, Russia is deriving certain tactical benefits today – owing not so much to its efforts as to the ongoing processes. Trump’s decisions, for example, on the ‘Iranian question,’ caused additional tension or an increase of tariffs for US partners.”

“There will be a conflict of two tendencies. Euroskeptics and populists will be rocking the boat, but they are so far unable to offer an alternative. Europe cannot afford centrifugal tendencies if it is to meet competition with such players as the US and China. And, as we can see, the alliance of France and Germany has only strengthened lately. They are Europe’s topmost economies. There may be a lot of debates, but nobody is prepared to renounce the euro. I am convinced that Europe will stand its ground. I personally feel positive about Britain’s withdrawal from the EU. It has never considered itself part of Europe. Of course, there is a position of Hungary, Poland, and Italy… Incidentally, many are pleased with Italy’s electoral choice. This experience is most likely to bring back more experienced and easy-to-grasp forces which will not be making unnecessary waves in Europe.”

Do you think it is possible to stop Nord Stream 2?

“Poland has already exhausted its potential, while Ukraine simply did not have any. Today, the US is the main barrier to carrying out this project. Should any sanctions be applied against German companies (which can, incidentally, create more problems in trans-Atlantic cooperation), this project will be shelved. The attempts of German politicians to assure us that Ukraine will preserve its role as transporter is even worse that the Budapest guarantees.”

The main question is what policy Ukraine should pursue under these circumstances.

“Unfortunately, we are getting back again to Trump’s principle: all policies are local. First of all, we should have a government in which both Ukrainian society and foreign partners trust. I don’t mean the West alone – practically nobody trusts the current leadership. I don’t know even a single person who is not taking a negative attitude to the way the government is fulfilling its declarations and promises. This is No. 1. Secondly, today everybody is already waiting for Ukrainian election results. Of course, there will be ritual meetings with and requests to kings and crown princes to help with peacekeepers, and they will be saying ‘yes’ with pleasure, but, in the last analysis, we will hardly get anything. This is why the main thing now is to keep stability, which does not mean that we should not offer new ideas.”

What changes should we expect after the elections?

“I won’t be guessing about the spectrum of political forces that will come to parliament, for most of the present-day political wild schemes are based on a fluid situation, when things can change quite radically. The leadership may change, but this depends on many factors. It is high time we introduced some kind of strategic planning, for we cannot adopt budgets on a yearly basis only. There must be strategic planning for at least three to five years because otherwise we will never stop repairing potholes, will be unable to build bridges, social facilities, etc. The government purges or filters professional personnel and then wonders why nobody fulfills its decisions. This must be put an end to. We must know how to defend our positions from anybody: the IMF, the EU, the US, Russia…”

Are you personally planning to take part in the elections?

“It will be worthwhile to do so when we have a proportional system and you are part of a team that puts forward a professional program instead of dishing out food rations or window-dressing. A political force should propose real changes and nominate people who can offer at least something to society as a whole. I do not rule out participating in the elections, but I’ll make a decision shortly before the vote. I hope changes to the election law will be adopted well before this. These changes will enable political forces to be independent from concrete sponsors, and the very system of pre-election rivalry will be oriented to a real program rather than to populism.”