#Eurovision2017: how the history will remember it

The winner was the Portuguese singer with a touching jazz ballad, and the foreign journalists have complimented the “grandiose” level of the competition’s organization in Ukraine

VICTORY OF SUBSTANCE OVER FORM

The night of May 14 saw the Crystal Microphone (the competition’s main award) and the “keys” to Eurovision handed to Portugal. Salvador Sobral, the 27-year-old participant from this country, has conquered the show with the intimate jazz ballad entitled “Amar Pelos Dois” (“Love for two”), which was written in Portuguese by his sister Luisa Sobral. He is a “non-format” winner for a glamorous pop contest. His performance was devoid of pathos, he chose not to use dancers, lasers, spotlights, and other stage tricks; he sang from an additional stage, located in the middle of the public. The Eurovision again, just as in Stockholm past year, preferred the song and the musical talent over a bright show. “Music is no fireworks, music is a feeling,” said Salvador at the press conference, holding the Crystal Microphone in his arms. His approach strikingly contrasts with that of the jovial Italian Francesco Gabbani, who was the bookmakers and journalists’ favorite; as well as with the “sweetness” by the Bulgarian Kristian Kostov, who for the sake of likes promised to break the award over the pavement in the center of Moscow, and with most of the other contestants.

In a conversation with The Day, one of the Portuguese journalists said: “It is good, that Salvador Sobral won in Kyiv. He has a beautiful history and strong spirit. They harmonize so well with Ukraine, that I see kind of mysticism here. I am glad that the victory wasn’t glossy and showy, but it was touching.” By the way, this year’s winner has serious health problems, which became known to the public a few weeks before Eurovision. Salvador has a birth defect of the heart, but he did his best to avoid this question at press conferences and not to speculate on it. Before May 7, the opening ceremony of Eurovision, his sister rehearsed in black male costume on his behalf. 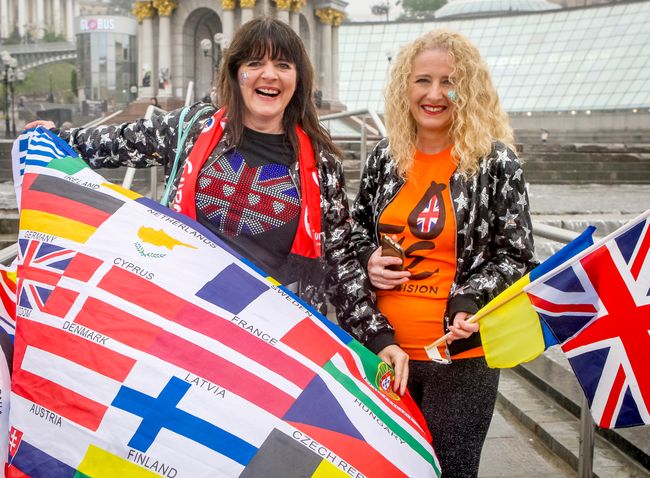 The annoying thing is the 24th – third to last – place of the Ukrainian band O.Torvald. Some ironically spoke about the “vision of the Ukrainian team responsible for national selection for Eurovision” – as if they did their best to ensure that Ukraine wouldn’t have to hold Eurovision twice in a row. Others said that O.Torvald was a “musical choice of the Ukrainian people, unlike Greenjolly, which have been chosen in 2005 for political reasons.” Indeed, the national song selection had O.Torvald as the unconditional leader – both in the jury’s and the Ukrainian viewers’ opinions. So we must take this defeat with dignity.

Foreign media often mention the ban issued by Ukraine to the Russian artist Yuliya Samoylova, which prevented her participation in the competition, because it is the first such precedent. But not it the context of an appeal (the ban meets Ukrainian and international law), but in recognizing that Eurovision becomes the “victim of a complex geopolitical play.” Finally, as many observers noted, this Eurovision only became better without Russia’s participation. According to Elena Rykovtseva, journalist of Radio Liberty, the Eurovision final “was ignored by all the main channels in Russia. A boycott. And that was great. It was a thousand times better than if Russia invaded our TVs with Eurovision, as they would always find a reason to hold a tantrum.” “Eurovision without Russia was a very enlightening experience for the country, that showed how easy they managed without us – contrary to our popular concept that we are indispensable,” said Rykovtseva.

Unfortunately, the Kyiv final had its own ugly scene. During the performance of the past year’s Eurovision winner Jamala, who brought the competition to Kyiv, a Ukrainian pranker Vitalii Sediuk wearing the flag of Australia on his shoulders jumped onstage and bared on stage. Sharlotta Khmelnytska, one of the Eurovision’s volunteers, told The Day that the provocateur was pulled away from the stage not by guards, who “fell in stupor,” but by a regular volunteer. “By the way, at the entrance check was also poorly organized. I know of the cases when the police let in people carrying with shockers or gas cartridges, so the final could have ended up with even bigger scandal. So, it is good that Jamala wasn’t hurt. Bad thing that Australia was framed. An open question remains: why the operators and directors did not react? Eurovision is good stage for manipulations,” she said. Sediuk was immediately arrested by the police, the court is yet to choose the preventive measure – he faces a fine or up to five years in prison.