Punishment for dishonesty and crime

The International Olympic Committee (IOC) has banned Russia’s team from participating in the Winter Olympics in Pyeongchang (Korea), suspended the Russian Olympic Committee’s membership, and imposed lifetime bans on infamous Vitaly Mutko and Yuri Nagornykh. This decision, announced by IOC President Thomas Bach in Lausanne, caused a lot of boisterous comments in the global media, some of them full of vicious, gloating jokes. The Russian media traditionally responded with a burst of stilted patriotism.

However, the IOC’s decision is in a sense unique in the history of the Olympic movement and deserves special attention.

The history of the Olympic movement includes a lot of cases when individual nations’ teams were banned from participating in competitions for various reasons. As a rule, these were political reasons that were interpreted as violations of the spirit and principles of the Olympic Charter.

Thus, in 1920, teams from five nations were banned from participating in the Antwerp Olympics, because they were accused of starting the First World War. These were Austria, Bulgaria, Turkey, Hungary, and Germany.

At the 1924 Paris Olympics, the ban on participation because of the nation’s role in starting the First World War was extended for the German team, but teams from other nations were allowed to compete. 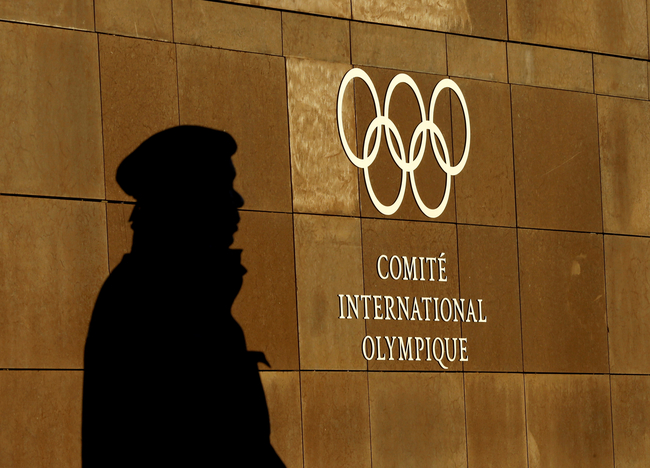 At the 1948 Olympics in London, the German and Japanese teams were banned in the aftermath of the Second World War.

In Tokyo in 1964, the IOC banned the South African team due to human rights violations by the ruling apartheid regime. This ban lasted until 1992. The IOC also banned from participating in those Games the teams that participated in the GANEFO competitions and restricted the participation of Indonesia and North Korea’s teams due to their human rights violations. In protest against this decision, Indonesia and the DPRK boycotted the Olympics.

During the Games which were held in Mexico in 1968, the team of South Africa was banned because of the repressive regime of apartheid. The North Korean team was also banned because of its non-compliance with the rules of the IOC.

In Munich in 1972, the South African team was banned for usual reasons, and the team of Rhodesia (now known as Zimbabwe) was banned because of human rights violations, as well as threats from other African countries to boycott the Olympics were Rhodesia to take part in them.

During the Montreal Games of 1976, the South African team was banned once again, as the apartheid regime was still in power.

Similarly, the IOC banned the South African team from the 1980 Games in Moscow.

As usual, the South African team was banned from the Olympics held in Los Angeles in 1984 and in Seoul in 1988.

The team of Afghanistan was banned from the 2000 games in Sydney, Australia, due to discrimination of women by the Taliban regime and its ban on sport competition on the territory of Afghanistan.

In 2016, the participation of the Kuwaiti national team in the Rio de Janeiro Olympics was limited because of the government’s interference in the affairs of the national Olympic committee. Only nine athletes of that country were allowed to compete under the Olympic flag. Many Russian competitors, particularly in athletics, weightlifting, rowing, and canoeing, were barred from taking part in the games due to doping abuse.

It is at that time that suspicions of the state-sponsored doping of Russian athletes sparked a scandal. Therefore, the current decision is the logical result of a long international investigation by a special IOC commission.

It is unique in the current situation that Russia’s team was banned from competing not for political reasons, such as unleashing a war, violations of human rights and principle of peaceful coexistence, abasement of human dignity, discrimination, and other breaches of the Olympic Charter, which are, of course, typical of the current Russian regime. The Russian team has been banned for violating the fair play rule and the principles of transparent control over these rules by independent organizations – in other words, for a criminal offense: systematic state-sponsored doping at the national level.

After the IOC special commission had published a report on the system of organized doping in Russia, the commission chairman Samuel Schmid said: “We have never seen such a large scale of manipulations and deceit, which has done grave damage to the Olympic movement.”

In fact, this – a systemic and comprehensive criminal offense as governmental policy and an instrument of international influence – became the true reason why the Russian team was banned from the Olympics.

And we should admit that it is a new achievement in the history of the international Olympic movement.