The heroic feat of a person of honor

When the KGB was killing him in cold blood (and there is little doubt by now that it was a murder, and worse still, a premeditated one, despite the labor camp’s administration officially ascribing his death to “a heart attack”), it was fully aware of its crime’s grave nature. For the death of a person of Vasyl Stus’s magnitude, endowed not only with a brilliant poetic talent, but also with a rare sense of honor which is in very short supply now, in our time of false hypocritical compromises, narcissistic ‘patriotism’ secure in its idleness, and sticky lies, the death of a person who had European-level education and was a committed Ukrainian nationalist as well – the death of such a person affects dangerously (or even fatally!) the very future of the nation. Such events drive home the meaning of that outwardly dry and academic phrase: “The role of the individual in history...”

We sorely, terribly lack Stus now. We lack him at this very moment, when the country is going through the hell of war (which should be called a patriotic war rather than an anti-terrorist operation), when it is living through a crisis of confidence in the “government by the Euromaidan leadership”; we lack him amid wickedness of politicians (Stus despised them, and stated it many times, starting with a brief autobiography in 1969), demagoguery and populism (not only that much-criticized by government-paid experts and journalists, but also the populism of the government itself, which is the worst), even as we witness seemingly “impossible” feats of sacrifice, heroism, and valor. These latter happen when people answer the call of the soul, conscience, and honor instead of weighing their own forces against those of the adversary, instead of trying to assess their own resources and those of the enemy. They follow Stus in that, because he could not do otherwise, seeing not only poetically and symbolically, but concretely, in reality, almost physically his “enslaved people” (the very word brings scornful smiles to our rulers’ faces sometimes), and considering it his duty “to stand for the people’s honor to the last.” Here we see the poet’s spiritual, ideological affinity with Taras Shevchenko, evident without any need for exaggerations and superfluous “pedestals” for the two.

A unique quality of Stus which is in the greatest demand now is his ability to speak the truth to his people, no matter how hard, or even ruthlessly brutal it is (it is another feature which he shared with Shevchenko!). Stus’s friend and colleague Yevhen Sverstiuk wrote about it this way: “He was open to self-criticism and ready to make amends to his views against the background of unbearable circumstances which also affected the nature of thinking, but was not ready to concede the truth, which people used to overlook. This feature assigns everlasting value to Stus’s legacy, for he opens his readers’ eyes to the truth and reminds them that   the truth underlines all genuine life” (“What is the price of this ‘truth’?” An “experienced,” “seasoned” MP may ask...).

The poet’s moral appeal and testament are impressive, in particular, because Stus demanded most from himself personally, rather than from others (unfortunately, we must admit that this bar is still set too high for us). However, he was also willing and able to dot all the ‘i’s and cross all the ‘t’s without illusions and without a tendency to believe what we want to believe rather than what we actually see with our own eyes (this shortcoming still plagues us). He always was far from self-deception. Here are some lines from Stus’s Labor Camp Notebook: “A Ukrainian intellectual is 95 percent an official and 5 percent a patriot. So, they want to clothe even patriotism of theirs in some bureaucratic paragraphs, their patriotism is both shallow and non-binding. It is possible because Ukraine still lacks a patriotic gravity field. Co-opted by the state, the intelligentsia does not feel any obligation to the people who has kept its individuality against all odds. This intelligentsia of officialdom seeks to live, but really walks to the infamous death, while we, the prisoners of history, walk to the life (how many generations will pass before that life will admit us, though?).”

Another passage from Labor Camp Notebook, which is hard to read for insensitive hearts, reads: “It is terrible to feel myself cut off from my land and my people, which I have to recreate from my pained heart [yet another replay of Shevchenko’s tragedy. – Author]. Maybe I just happen to live in a hard time of stagnation, so that when historical conditions change (will the change be for the better, though?), the vital flow of the people, its vital drive will reappear openly. Hence our supreme despair and emotional aggression, manifested even among the best of us. However, I do not see anyone or anything promising so far. There is no sign of hope.” It calls to mind tragic lines by Stus: “I have it not, I have no Fatherland, Yes, I have it not, not at all…” 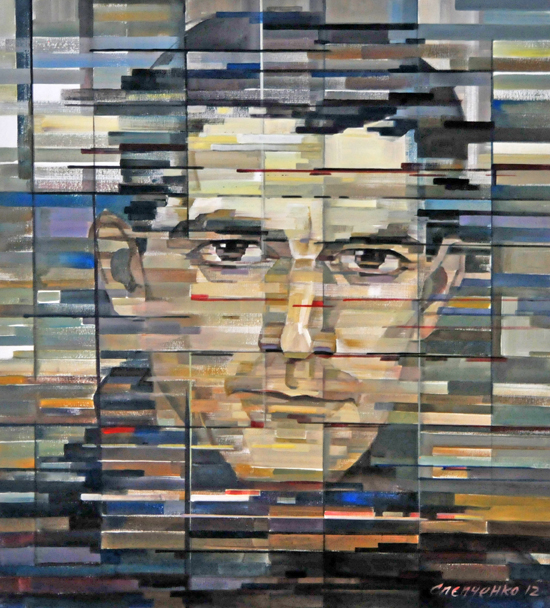 The poet who wrote it loved Ukraine to the extreme, his feelings were literally white-hot, but he was able, nonetheless, to avoid flattering the people, for it is equally humiliating for one hypocritically glorifying his target (“we are the oldest people in the world, as well as the most talented, courageous, freedom-loving, and completely invincible one,” etc.), and for the people itself. Stus’s natural dignity and honor did not allow him to behave that way, for he really felt deep respect for his people.

Stus’s enemies accused him of nationalism all the time, even though he was a true European in outlook, an author of highly diverse abilities (he made excellent translations from German, Spanish, and French, respectively of works by Rainer Maria Rilke, Federico Garcia Lorca, and Paul Verlaine; was very well-versed in Western philosophy of the 20th century, and this is very important; he also, despite hating the Muscovite imperialism, knew and liked works by Marina Tsvetaeva and Boris Pasternak). He answered these accusations in a dignified manner: “I am not afraid of being called a nationalist by some judges, if only because my only regret is that my nationalism will never equal in strength these judges’ chauvinism.” It was this high sense of personal and national dignity that sparked hatred of the poet in the governing circles. It was the reason for his murder as well.

We complain about the lack of moral authorities in our nation. This is a truly tragic problem; we must realize that this is a powerful factor that significantly affects the course of history, no less so than the availability of material resources. Had Stus lived to see the Independence and the Revolution of Dignity, he would undoubtedly be one of the greatest spiritual leaders of Ukraine. His enemies understood it too. He left us 30 years ago. However, the physical death of a great person does not mean the spiritual death of their ideas, provided that there is a People able to receive these ideas, to imitate them, and, if necessary, to suffer for them (in Shevchenko’s words, “I am going through sufferings and torments, but I am not repenting”). Stus lived that way. The heroism of the Revolution of Dignity gives some reason to hope that such people is being born, in spite of our politicians’ fecklessness, illusions still held by millions, and the Kremlin tsar’s cunning plans.