Oleksii SHEVCHUK: “The process in Chernihiv will make history. It ushered in a new era in the legal profession. We showed that the system can be broken”

Oleksii Shevchuk recently became a celebrity in Ukraine: not just as Hennadii Korban’s legal counselor, but first and foremost a man who broke certain stereotypes about the profession. Appointed by the state, he was to have performed a passive role of a formal advocate in a case seen by many as “politically motivated.” However, Shevchuk not only became part and parcel of the Korban legal team, he also spared no effort to drive the judicial and prosecutorial system into a corner.

“THIS TRIAL HAS CATALYZED IRREVERSIBLE CHANGES”

Your performance in Chernihiv as Hennadii Korban’s advocate struck the public first of all because they grew accustomed to see state-appointed defense counsels act as bit players. What has the Korban case (which included a lot of other components besides the charges) possibly changed in our judicial system?

“This trial has catalyzed irreversible changes both in advocacy and police, on the one hand, and in the judicial system, on the other. Korban’s trial in Chernihiv has become the litmus test for society. Appearances are deceitful, what is visible outside is nothing more than buffoonery, real life is different even for top officials and leaders of the state, let alone ordinary people. I would say that there is hope for a new era in advocacy. At least, we will feel a fresh breeze: many lawyers were merely desperate because they were not heard. We had it a little easier in this trial than others: we had a team, we had media support, and we felt the support of the community across Ukraine. In most cases, however, the defense counsel faces the system on his own. And the system does not always allow him to implement his plan. At times, it merely ignores him. 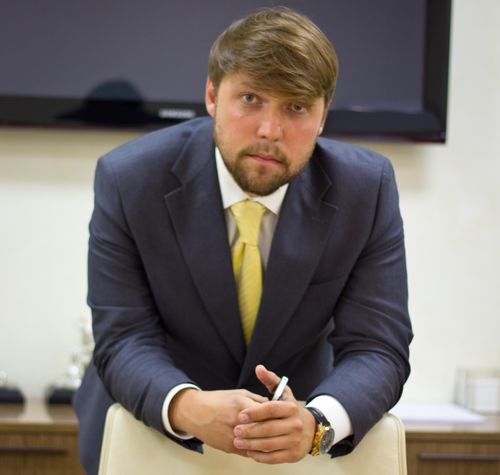 “This time around, the system proved unprepared for real confrontation. Law enforcers are used to their whims being taken for granted. For example, the defense counsel can speak for an hour and a half, but his pinion will be squeezed into one paragraph. Meanwhile, the prosecutor could speak three minutes, but his speech would take up an entire page. If there is an order to put the client behind bars, no arguments and no evidence provided by the advocate will ensure that the client’s rights will be realized, and a just and fair decision is taken. During Korban’s trial we saw that the prosecution was so accustomed to being played up to that they merely neglected to read the Code. When the defense team exposed all their shortcomings to them, it became obvious that they simply were not ready for the process, from the very start. When a process starts, the defense counsel always remembers to get the originals of all necessary documents, have all copies certified, signed, and sealed. Those guys came with a resolution about the prosecution panel. When they were asked to produce the original document with a seal, they did not know what they must say. The judge wanted to settle the situation but could not, because he was being watched by the public, the media, and the advocates. Consequently, the judge had no right to allow those people into the court room. What followed was dumbshow. Prosecutors and judges are cool in their own offices, but they have lost the knack of actively participating in a trial.”

What other shortcomings of the judicial system did this trial expose, beside neglect for the proceedings?

“It laid bare the fact that both prosecutors and judges do not read the codices and are not fully knowledgeable of the process. Besides, the Korban trial has exposed the absence of the independent judicial branch. It is nothing but an element of the law-enforcement system.”

“OUR PHONES WERE TAPPED FROM THE VERY START OF THE TRIAL. THE SBU AND PROSECUTOR GENERAL’S OFFICE KNEW NO BETTER”

Describe your experience of working in one team with other lawyers.

“It was cool. We all felt each other. I had worked with a lot of colleagues before, but with no one from that team. The roles were assigned quite naturally, as if by themselves. Writing, covering for the other, voicing, submitting: all was taken care of. It was real team play: I did not even need to tell the others what had to be done at a concrete moment. Honestly, after this trial we could all set up a law firm, and we would be successful. True, at the beginning it was hard to understand each other, for we were worried about absolutely different things. For instance, you are talking over the phone, and during the conversation you hear the line crackling. We got used to being tapped, because we were wired ever since the start of the trial. The SBU and Prosecutor General’s Office knew no better. They received the appeal decision and wiretapped us. We were mostly concerned about our client and his state over two days and nights, because he got no meals, no water, and he even was not allowed to use the toilet. And all of it overlapped with preinfarction syndrome in Korban, when he was whisked away to the Head Investigation Directory without proper medical care. We were relieved to see that the client responded to us, defense counsels, and resumed our work.”

During Korban’s trial we saw that the prosecution was so accustomed to being played up to that they merely neglected to read the Code.

Was the political coloring of this process in the defense’s way?

“Personally I did not really feel this political coloring. It matters more for me that it was that political component which enabled the defense to work openly. The prosecution was so preoccupied with it that it did not work at the top of its abilities, which it would have done if the trial had been more closed for the broad public. The prosecutors could not allow themselves a free hand because they were afraid to get involved in political matters. The veteran prosecutors were in a certain stupefaction because of that. They did not know what was the right thing to do. The situation might unfold differently in a different period, without society’s demand for openness.”

“HAD THERE BEEN ANOTHER PERSON IN KORBAN’S PLACE, I WOULD HAVE DONE MY DUTY ALL THE SAME”

Why are you currently suspended from the trial? Is it a technicality, or are there other factors at play?

“It is technical proceedings first of all. After 72 hours my authority as an advocate expired. I was appointed as Korban’s defense counsel for that particular period, and my client agreed to my participation together with his other lawyers. There is another thing that matters. I think this is also the result of the PGO’s plan concerning a new detention warrant. Of course, they were seeking to break up the current team. But they failed, anyway. My colleagues performed even better at the Pechersk Court, where my client was delivered.”

Now that you are dismissed as a defense counsel in this case, do you feel that your status has changed?

“I think that I will be known as Korban’s advocate for quite a long time. Like that movie, The Devil’s Advocate. This meme has already sprung up in the web.”

What do you think of Korban being demonized?

“Frankly, I do not quite understand how exactly he is being demonized. At any rate, it does not matter as long as he is my client. This is someone I defend, and for the most part, I ignore all other implications. If someone is interested in abusing those implications and keeping the issue on the boil, that is their own business. Had there been another person in Korban’s place, I would have done my duty all the same.”