Bohdan Hawrylyshyn, a legendary, without exaggeration, personality, marked his 90th birthday on October 19. Having left his native land at a very young age due to the twists and turns of World War Two, he always dreamed to be free and gained this freedom. After receiving engineering education in Canada, Mr. Hawrylyshyn finally became a world-famous economist of a new generation and wrote the topical book Towards More Effective Societies: Road Maps to the Future. He has been conducting seminars, presiding over conferences, delivering lectures at universities and scholarly conferences in about 70 countries. He devoted almost 30 years to the International Management Institute (Geneva). It is very noteworthy that Mr. Hawrylyshyn has in fact been living in two countries since 1988 – he comes every month from Switzerland to his native Ukraine, where he founded the International Institute of Management (Kyiv), was an advisor to presidents, Verkhovna Rada speakers, and prime ministers of Ukraine, became a prominent public activist and art patron, founded the Bohdan Hawrylyshyn Charitable Foundation to support gifted young people.

There were a number of events in the festive days. On October 17, the Central State Archive of Ukraine’s Civic Associations (TsDAGO) displayed for the first time documents from Mr. Hawrylyshyn’s personal collection. The presentation-cum-briefing was full of warm recollections and sincere communication between Mr. Hawrylyshyn and the like-minded people, including newspaper Den/The Day’s editor-in-chief Larysa Ivshyna and the International Institute of Management (Kyiv) president Iryna Tykhomyrova. Among the displayed documents was Mr. Hawrylyshyn’s correspondence with world-level statespersons, including Margaret Thatcher, Romano Prodi, Aleksander Kwasniewski, and Zbigniew Brzezinski. Besides, there were some unique family photos, letters from Mr. Hawrylyshyn’s mother to children, his letter of application for Ukrainian citizenship, and many other illustrations of his life story which is in fact part of Ukraine’s history. As the political observer and the event moderator Dmytro Tuzov emphasized, Mr. Hawrylyshyn was and still is a “powerful lobbyist of Ukraine” and the word “Ukraine” sounds in all his letters to representatives of the world’s elites. All visitors to the TsDAGO exhibit and archive researchers can confirm this. “Thanks to these documents, researchers will now be also able to see our state-formation process from the viewpoint of other countries,” TsDAGO director Olha Bazhan stressed. “It is a unique phenomenon for Ukraine when a figure of this magnitude entrusts the state to keep his personal archive. If all our distinguished figures follow this way, it will enormously enrich the national archival holdings.”

And on October 19, the National Palace of Arts “Ukraina” hosted a charitable soiree in honor of Mr. Hawrylyshyn. Everybody can also see a biographical documentary film about Bohdan Hawrylyshyn, Mission – Freedom, on the UA.National TV channel on October 22 at 6 p.m. 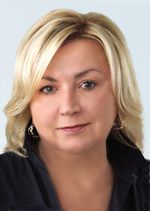 or Seven lessons from Bohdan Hawrylyshyn

I remember watching recently a short documentary film about Bohdan Hawrylyshyn on the Culture TV channel. The camera followed him to his native village of Koropets, Ternopil oblast. You could not help noticing that Mr. Hawrylyshyn was recalling his parents and his life here, in his homeland, with respect and, at the same time, with warmness and piety, but without affected pomposity. He used expressive details and traits in describing the Ternopil region of the early 20th century. One of them was etched on my memory: there were only two books – the Bible and Taras Shevchenko’s Kobzar – in the parental house.

Accordingly, the two great books set the bar very high. It is the first lesson, so important to present-day young people.

A great book can give much more to a spiritually-centered reader than unsystematized and chaotic absorption of terabytes of a globalized information space. But the perception and learning of such texts would have been impossible unless a beneficial ethical ground, intellectual sensitivity and values had been embedded in Mr. Hawrylyshyn’s world at an early age. It follows from the memoirs that his father went places and saw the way people lived there.

The second key lesson: the right proportions of the world.

I am sure that the broad horizon of the would-be member of the Club of Rome was formed at that very time.

It is important for a living soul, which aspires to grow, to know that there is a great dream in the world. One must make a step towards it every day. I think Bohdan Hawrylyshyn worked up very early a colossal, albeit selective, intellectual appetite which has been letting him place valuable knowledge on the already shaped system of values throughout his lifetime.

Then he met some true giants on his life path. I will only name two: Metropolitan Andrei Sheptytsky, whose blessing Mr. Hawrylyshyn still recalls with gratitude, and Otto von Habsburg.

And it is the third lesson: the role of personality in the life of another personality.

It is important to me, Den’s staff, and our readers that no other than Mr. Hawrylyshyn wrote for our newspaper his reminiscences about an incredible individual, a true unrealized king who departed this life in July this year (see “Recalling Otto von Habsburg” in Den No. 119, July 12, 2011). The great Ukrainian wrote about a great Austrian and a good friend of our nation. It is so important that Ukrainians, who still have a lot of imposed complexes, should be able to appreciate the luxury of thinking in unison with extraordinary personalities.

The outstanding scholar wrote his famous book Towards More Effective Societies: Road Maps to the Future in 1979 in English. The book was later translated into German, French, Spanish, Japanese, Korean, and Polish. Ukraine was in a tightly closed “can” of the Soviet Union at the time, isolated from extremely valuable knowledge. The author says he had to wait until 1990, a time of radical changes, for his book to be published in the native language.

I first met Mr. Hawrylyshyn in the field of education, too. When the first Ukraine Incognita Library book came out, I planned the first tour of this country’s universities. After the first meeting, Nizhyn Pedagogical University’s governing body requested me to continue intellectual contacts with students. I began to ponder over who could be the most suitable figure to meet with, who can understand the world at large and, at the same time, has a “concentrated charge” of Ukrainianness. I immediately thought of Bohdan Hawrylyshyn and phoned him. Although we barely knew each other at the time (it was in 2002), he easily agreed to a joint trip to Nizhyn. For some, this town may be just a raion center in Chernihiv oblast, but, for Mr. Hawrylyshyn, the University of Nizhyn is Gogol’s alma mater. This in fact determined the format of his contact with students, which revealed to me personally the uncommon human generosity and the colossal potential of a pedagogue in the broad sense of the word.

The fifth lesson: a powerful personality is, as a rule, simple and free of vanity.

Mr. Hawrylyshyn calls me from time to time to say the words of support. He favored very much the idea of establishing the Ostroh Club of Free Intellectual Communication of Young People and promised to find time to personally meet its members. It is he who supported the publication of Extract +200, the 11th book of our newspaper’s library. And when Mr. Hawrylyshyn came to know about Den’s Summer School of Journalism this year, he immediately said he wished to meet its students. This personal contact was perhaps as important an event for students as meetings with his great mentors were for Mr. Hawrylyshyn.

The sixth lesson was spelled out by Bohdan Hawrylyshyn himself: “Giving something brings much more satisfaction than consuming something.”

A lot of our compatriots of various waves of emigration, who have integrated into the Western world, have reached high living standards, but not so many have become world-famous public intellectuals who do not forget that they are Ukrainians. We can recall with gratitude Ivan Lysiak-Rudnytsky, Yevhen Malaniuk, Ulas Samchuk, Roman Szporluk, et al.

Bohdan Hawrylyshyn left Ukraine in 1943. Over this span of time, he has worked his way up from a displaced persons camp to being acclaimed in international circles, teaching in 70 countries, and consulting major companies. He usually lives abroad but always remains Ukrainian. He knows a lot of languages, but his Ukrainian is natural and melodious.

The seventh lesson is decisive and sounds almost like a national idea: identity and modernization.

When you, Ukrainian, go abroad, you do not need to become a German, a Russian, or an American.

Bohdan Hawrylyshyn’s example for young people can be formulated as follows: do not be afraid to think independently and dream boldly.

This article Den/The Day’s editor-in-chief Larysa Ivshyna wrote for Mr. Hawrylyshyn’s landmark memoirs I Remain Ukrainian that came out in Kyiv in 2011 (it was later published in English as A Ukrainian Forever).