On August 8, Georgia commemorated the 9th anniversary of the 2008 Russo-Georgian War. Let us recall that as a result of the August 2008 war, 408 Georgian citizens were killed, including 170 soldiers, 14 police officers, and 228 civilians. The number of wounded and injured reached 2,232. Among them, there were 1,045 soldiers. As a result of the war, up to 30,000 people joined the host of refugees, currently numbering 263,598 in Georgia. Russia still has not fulfilled any of its commitments taken under the international ceasefire agreement of August 12, 2008.

To commemorate those who died for the independence and unity of Georgia, national flags were simultaneously lowered to half-mast on the parliament buildings in Tbilisi and Kutaisi. Prime Minister of Georgia Giorgi Kvirikashvili along with members of his cabinet visited the Mukhatgverdi Brothers Cemetery to honor the memory of the warriors who died in the 2008 Russo-Georgian war.

“August 8 is the saddest day in the modern history of Georgia. I want to bow low before all the heroes who sacrificed their lives for their homeland. A candle in memory of them burns in the heart of every Georgian,” Kvirikashvili declared.

In protest against Russian occupation and Russia’s actions in the occupied territories of Georgia, people lined up in a human chain just 400 meters away from the Russian occupation army’s positions along the Karapila-Khurvaleti section of the central highway.

A protest against the occupation of the Georgian lands was held on August 8 for the 9th time in Vilnius, in the square opposite the Russian embassy. As usual, it was organized by member of the Homeland Union – Lithuanian Christian Democrats faction in the Lithuanian parliament Mantas Adomenas, who had been awarded the Presidential Order of Excellence in Georgia for his contribution to the protection of freedom of Georgia and its territorial integrity.

Adomenas has launched the initiative to designate the day of August 8 as the Black Flower Day to honor all the countries affected by the Kremlin regime’s oppression: Georgia, Ukraine, and Moldova. According to Adomenas, August 8 should be commemorated as the day of struggle for freedom and nationhood of the countries enslaved by Russia. “We must do our best not to forget about the Russian aggression in Georgia in 2008,” he stressed.

By the way, Lithuanian Foreign Minister Linas Linkevicius tweeted on the previous day: “9 years since the premeditated #Russian war against #Georgia. Sadly lessons not learned.”

“NO CRIME COMMITTED BY RUSSIA SHOULD BE IGNORED”

“Nine years ago, Russia invaded Georgia and got away with it. Then they went to get Ukraine. It is time to stop Russian aggression and restore Georgian and Ukrainian sovereignty,” Pavlo Klimkin wrote on his Facebook page on August 8.

MP Dmytro Tymchuk offered his assessment of these events and the role of the Ukrainian government during the period in question on his Facebook page: “Ukraine then swallowed Putin’s Georgian adventure and our own role in this war which was imposed by the Kremlin, and the Russian Black Sea Fleet (BSF) remained in Crimea. Soon enough, Ukraine itself became a victim – ironically, with that same BSF playing a part. ‘Ifs’ have no place in the study of history, but there is a lesson to be learned here: no crime committed by Russia should be ignored, wherever it happens. If some people abroad think that the current Ukrainian events are happening far away, and Putin’s barbaric actions in Crimea and the Donbas can be thus ignored, they will come to regret it soon. Ukraine itself, alas, offers a vivid and bloody example of this.” 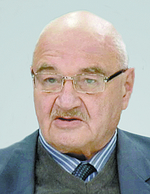 The Day asked Georgian political scientist David Beritashvili to tell us how Georgians were currently assessing the events of nine years ago and what lessons they had learned from that August war, and what role was played in it by NATO’s refusal to grant Georgia and Ukraine the Membership Action Plan at the alliance’s summit in Bucharest in April 2008.

“This day is important for world history, because it marked the first occasion of torpedoing of all international acts in force at that time, like the Treaty on the Restoration of Diplomatic Relations with Russia. In other words, it was an event of global importance.

“On the other hand, this Russian act of aggression resulted in several hundred victims, both soldiers and civilians. About 6,000 homes were burned down. In addition, the Russians expelled all ethnic Georgian citizens of South Ossetia. All this took place against the backdrop of a breakdown of the international order, and then it was repeated in Ukraine. It is likely that some other nations will try to emulate Putinist Russia’s actions. We had had a quarter of a million refugees before, and the war added a few tens of thousands more in August 2008. Of course, a country cannot develop normally when communications have been interrupted, when there are so many homeless people. All this places a heavy burden which inhibits development. We have built entire settlements for refugees, who need to be provided with jobs and education services.”

Have lessons of the August 2008 war been learned in Georgia?

“It seems to me that the experience of Georgia was useful in the case of Ukraine. When the illegal annexation of Crimea and Russian aggression in the east of Ukraine happened, everyone began to recall that it was not the first time, as the Russian Armed Forces had illegally crossed another nation’s border, seized its territory and so on before, in Georgia in August 2008.

“If we talk about lessons for Georgia, the first one was taught back under the Soviets on April 9, 1989, when about 20 people, mostly women, were killed in a square during a rally. However, the Georgians somehow did not realize its implications, and it was rather the Balts who learned that lesson.

“The Georgians for some reason fail to preserve their achievements. However, it is just as important to preserve something as to achieve it in the first place. Of course, I am talking about democracy and freedom of speech, the European values here. It seems to me that this is also the case in Ukraine to some extent.”

In a tweet, Lithuanian Foreign Minister Linkevicius expressed his regret about the West not having learned yet the lessons of Russia’s premeditated war against Georgia. What do you think about this?

“The West has never been so categorically opposed to the Kremlin team before. The new US sanctions specifically target their income sources, travel opportunities, personal connections. In other words, the West is learning, but as always, it is doing so slowly. At the same time, it seems to me that the West will not retreat now.”

Do you think that granting the NATO Membership Action Plan to Ukraine and Georgia at the Bucharest summit could have deterred the Russian attack?

“It is hard to say. However, the decision of that summit, which resolved in writing that Ukraine and Georgia would become members of NATO in the future, did anger Russia. So it decided to attack Georgia. Following the Russian attack, the West was not inclined to show firmness. They believed that this was a propaganda campaign and Mikheil Saakashvili was a psycho. They thought, ‘why defend such a ‘bad boy’ who jails innocent bribetakers?’ Thus, when we were under attack, support came from eastern Europe only. Viktor Yushchenko, Lech Kaczynski, the presidents and prime ministers of the Baltic countries came to visit us. Meanwhile, then-French President Nicolas Sarkozy, who was at that time in Tbilisi, was hiding from the public view so that no one would think that he, along with the above-named leaders of eastern Europe, was opposed to Russia’s attack on Georgia. Now everything is becoming obvious. Everyone understands that Russia wants to develop by forcibly seizing foreign territories or ‘restoring’ the empire as far as it can.”