The Other Side of Hope by Aki Kaurismaki premieres in Ukraine

IN THE FILM THE OTHER SIDE OF HOPE, FATE BRINGS TOGETHER KHALED, A SYRIAN REFUGEE, AND WIKSTROEM, A FORMER TRAVELING SALESMAN, WHO SPENT ALL HIS MONEY TO BUY A LOSS-MAKING EATERY / Photo from the website KINOAFISHA.UA

You can shower Aki Kaurismaki (who turned 60 this year) with compliments, and yet you will not overstate anything. In a nutshell, Kaurismaki’s talent is unique because his films are social in topics, perfect in form, funny and moving in emotional contents. This combination is unattainable for other renowned filmmakers of today. He looks at the reality soberly and at the same time sympathetically. He hates government, the police, and the unprincipled capitalists. His protagonists are proletarians, farmers, small business owners, freaks or tramps, the ordinary folks, the (Finnish) Everyman. They fight in some or other way for their own truth, and they often win. His humor is as reserved as it is appropriate. His actors’ gestures and lines are as laconic as can be, and their characters are perfectly tailored.

This is fully applies to Kaurismaki’s new work The Other Side of Hope (Germany – Finland), which got the Silver Bear for Best Director at the recent Berlin Film Festival.

The Other Side of Hope tells the story of a Syrian refugee Khaled (Sherwan Haji) who is trying to find shelter in Finland and is at the same time looking for his sister. Kaurismaki has already covered the theme of illegal migrants (Le Havre, 2011), but here it is revealed in more detail, with active immigrant protagonists. The movie somewhat resembles Kaurismaki’s most titled film The Man Without a Past (2002, Grand Prix at the Cannes Festival): it also features an unlucky traveler who is attacked by hoodlums (skinheads in The Other Side of Hope) and receives help from ordinary citizens; there is even a dog which, like in The Man, makes friends with the protagonist.

Parallel to Khaled’s adventures, another plot unfolds in which a few Finns try to set up a successful restaurant business. The author spares no sarcasm for his fellow countrymen. The result is utterly funny: dialogs and comical situations (with totally impassive countenances of the characters) have always been Kaurismaki the screenwriter’s strong point. Importantly, the director succeeded in depicting the migrant characters (which was doubtlessly a challenge, because in such cross-cultural settings there is always a risk that the plot, related to an obscure culture, might not be true to life). However, both Finns and Arabs in Kaurismaki’s film are convincing. As for the movie’s audiovisual matter, its deep, picturesque chiaroscuros, its mesmerizing old-fashioned film format and its brilliant soundtrack, saturated with top-class blues and rock-n-rolls, were a sight for sore eyes among the pompous boredom of European art house.

The Other Side of Hope has a happy end, and this is not just for happy end’s sake; it is a conscious gesture of the artist who is passionate about this world’s injustice and yet has faith in mankind.

This is your second film in a planned trilogy about port cities, after Le Havre. What are you hopes for this project? 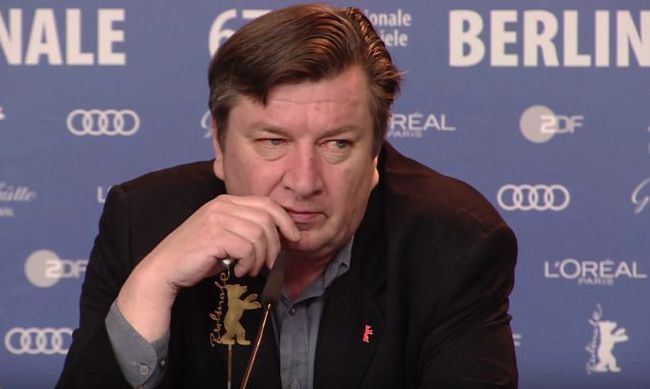 You said earlier that you wanted to change the audience’s perspective about refugees.

“I was very modest starting with changing the audience. In fact, I want to change the world (laughs). But my manipulative abilities are not good enough, so I think I have to limit it to changing Europe. We’ll start with Europe, then we’ll go to Asia.”

Is it really possible to change the mind of the Finnish people or, let’s say, the right-wing parties that are coming up in Europe? To tell them that these are people, they want to work, they want to live, and if we give them the chance, maybe they’ll teach us something interesting, like the multi-culti restaurant in your movie?

“Yeah, of course everybody has to have dreams, and I have a dream. At first I wanted to change the minds of Finnish people, and I might or might not succeed. But when suddenly to Finland, which is fairly a one-people country, came 30,000 young Iraqis, the young Finnish, and all the Finnish men took it as a war. ‘Someone was attacking us, like Russia 50 or 60 years ago.’ And the attitude towards the refugees was unbearable, in my opinion: that they will steal my new car, or something. If not my car, then the brush with which I polish my car, but anyway, they’ll steal something. And I certainly didn’t like to see that kind of attitude in my compatriots.

“But the question about the restaurant interests me more. Jean Renoir said that with his La Grande Illusion he tried to stop the Second World War. Later he said, ‘It was a lousy failure, I couldn’t stop it.’ Cinema doesn’t have such influence. But I’m honest trying to force these three people who go to see this film to realize that we are all same, we are all human, and tomorrow it will be you who will be the refugee.”

What do you think of the Islamization of Europe?

“Can you repeat the last part of the sentence please?”

“So I can’t see any Islamization in Europe. It’s a normal cultural changing which we need, because our blood is getting thick. Let’s go back to Sevilla in 1492. Total peace with all the religions and everything. Business went well for everybody, and then Isabella I and Ferdinand II decided that we had to get ‘them’ out [Kaurismaki means the expulsion of the Jews from Spain, Sardinia, and Sicilia by a special royal decree of 1492. – Ed.] And we rushed everybody out. We can make laws to hide the crimes we made behind the laws.”

In this context, why did you choose this title? What did you mean?

“I never meant anything in my life. I had a working title called ‘Refugee,’ which is a very clear title, but it’s not very poetic. The husband of my assistant found somewhere a two-thousand-year old Greek poem, The Other Side of Hope. It changes a bit the meaning in Finnish to German to English. Three meanings, and I thought okay, let’s try it, and then I was too lazy to change it to Hitchcock style.”

“ACTORS SHOULD ACT, AND THE CAMERA IS AN ENEMY OR A FRIEND”

What is your method of working with actors? What do you want from them?

“What I want from actors is not to move too much, shaking their hands like windmills. And of course I choose them for their handsome faces. Actors should act, and the camera is an enemy or a friend. If you can act, it’s a friend, if you can’t, it’s an enemy.”

How did you select actors for this particular movie?

“Me and Saku [Sakari Kuosmanen, leading actor in Kaurismaki’s films over the last 30 years. – Author] met each other on board a steamship and there were 70 people on the ship and only him and me were standing up. We might have a bottle with us but it’s a rumor. And as he says, I said that since you stand alcohol so well I have to write you a role, and I did. I did nine roles. And with Sherwan and Simon [Simon Hussein Al-Bazoon, another Arab actor in The Other Side of Hope. – Author] I was just lucky.”

And the last question: What makes refugees and immigrant such an important theme personally for you?

“Because such attitude towards them is a crime against Europe. Look at the last century: we don’t have any culture of humanity, and all that there is, is some kind of democratic organization, and now it’s falling to pieces in 10 years because, because we’re no good. Because our culture is just one millimeter of dust. I showed us… In this sense I respect Ms. Merkel for being the only politician who seems to be at least interested in the problem. All the rest play their games. This was not a political statement.

“Sixty years ago we had 60 million refugees as we do today. And it’s only then we helped them, and now they are enemies. So where the hell is our humanity? Because if you don’t have humanity for a friend, you cannot exist as well. If we are not humans, who the hell are we then?”

Aki KAURISMAKI (b. April 4, 1957, Orimattila) is a Finnish film director, screenwriter, and producer, younger brother of director Mika Kaurismaki. Aki was a third child in the family. Before becoming a film director, he was a dishwasher and mailman. He began his career in the movies as his older brother Mika’s assistant. Kaurismaki’s style took shape under the influence of such directors as Jean-Pierre Melville, Rainer Werner Fassbinder, and Robert Bresson. The action of most of his films is set in his home city, Helsinki.

Kaurismaki gained worldwide renown with his film Leningrad Cowboys Go America (1989). Black comedy The Man Without a Past won the Grand Prix at the Cannes Film Festival in 2002 and was nominated for Oscar as the best foreign language film in 2003. In February 2017, Kaurismaki’s drama The Other Side of Hope was awarded the Silver Bear for the best director. After the closing of the Berlinale Kaurismaki announced plans to end his movie career, saying this was his last film.

Since 1981, Kaurismaki has been married to painter Paula Oinonen, the couple have no children. Together with his brother Mika, Kaurismaki co-owns the bar Corona in Helsinki. Almost in all of his movies the leading women roles are played by Kati Outinen.

The Other Side of Hope by Aki Kaurismaki premieres in Ukraine
Issue:
№80, (2017)
Rubric:
Culture