Samal Yeslyamova, who played a Kyrgyzstani gastarbeiter girl, has won the principal gold prize of the Cannes Festival

CANNES – This happened for the first time in the history of Cannes: the highest award for the female role has never before been won by an actress from Kazakhstan – the film Ayka is a co-production of Russia and Kazakhstan.

Sergey Dvortsevoy is a Kazakhstan-born documentalist, who once won a Cannes prize for the film Tulip.

Filming Ayka took many years, something in the process changed all the time (to the point that the team had to get Kyrgyz gastarbeiters out of police cells before they could be filmed): Dvortsevoy barely managed to complete it for this festival as well, submitting the picture literally on the go, just in time.

It is striking that the Cannes Festival was waiting patiently for him (that was why the film was shown on the last day of the event): in my memory, the only director treated like this was Wong Kar-wai, fashionable at that time as the maker of the famous film In the Mood for Love.

However, they waited for Serhii Loznytsia as well, although his Donbass did not participate in the main competition, but rather in the Un Certain Regard section of it.

Ayka is not openly continuing the theme of Russia’s moral decline, although Dvortsevoy did not spare anyone in the film: Kyrgyz characters, in conjunction with the Russian police and mafia, also poison and rob their compatriots.

Everyone is connected with someone, people run protection rackets, police are in cahoots with small-time bandits, and it turns out that the whole burden of the world is dumped on the frail shoulders of Kyrgyz girls. The present Russian leadership has revived slavery in its medieval or almost ancient version: while working 15 hours a day, the slave is still hopelessly indebted, they can be beaten, killed, and raped, and there is nobody to complain to.

For reference: there are about 5 million Kyrgyz migrant workers in Russia today (if my estimate is not too low) and, besides the official, legalized extortionary taxes, they have to bribe officials all the time, while living in inhuman conditions sometimes.

I know the problem from the inside: in an unbelievable coincidence, I recently met a Kyrgyz girl named Ayka (yes, it happens), and all that horror that we see in the film also haunts her. Now she has to pay for renewing her expired registration (which was invented specifically to extort bribes, since getting it in time is almost impossible), then police raid migrant workplaces (again demanding bribes), then something else, and so it goes without end.

And, as shown in the film, the girls’ own compatriots, other Kyrgyz people, also happily contribute to their misery, and they are sometimes worse than the locals, Muscovites: those who live side-by-side with the humiliated and insulted, but fail to notice them.

The film Ayka is about this: about universal indifference, about despair, about the existence on the edge of the abyss, about the fact that one sometimes remains absolutely alone – against the entire universe.

Dvortsevoy spares neither the viewer nor his character, who abandoned her child in the hospital at the beginning of the film, nor the locals, nor the gastarbeiters: it is a universe of evil, abyss, chasm, endless existential horror. The picture is so bad that foreigners have not believed it (nor have they believed Loznytsia’s film), thinking that the author paints it in much too dark colors.

I testify that four years ago, the sister of my real-life friend Ayka, not the film one, was pushed onto subway rails by two Nazis, and there has been no investigation. She was buried in a sealed coffin, since she literally had no face anymore.

And turning to so-called “trifles,” I was struck when reading my real-life Ayka’s correspondence with her low-ranking supervisor: when she wrote to her to inform she was bedridden with a high fever, the supervisor used most foul Russian obscenities in response.

Dvortsevoy’s film offers an interesting image of Moscow, commonly pictured as a bourgeois paradise in commercial films about carefree youths’ exploits: he shows it as an ominous city, with basements and dirty communal apartments, housing 10 people a room; it is an image of hell on earth, the reverse side of the empire.

This is an honest, implacable, humane picture, speaking of things about which nobody wants to know: the Muscovites and gastarbeiters live here as if they were peoples apart, there is no contact between them. That is, except for the “contact” between the slave and the master, one made of fear and submission, humiliation and power.

Watch the film, you will not regret it.

I mean, if you are used to more than just having fun.

Winners of the 2018 Cannes Film Festival 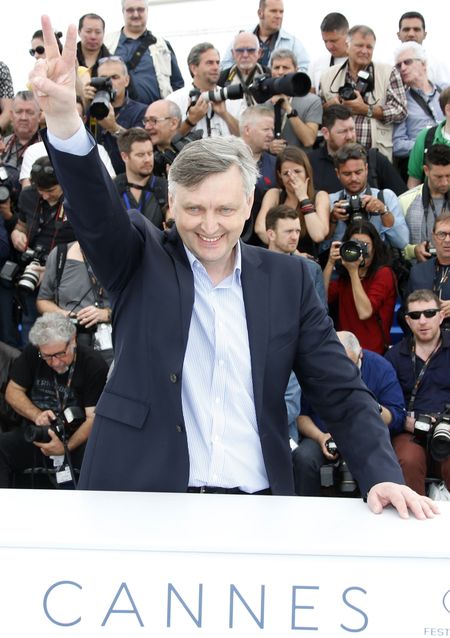 • Camera d’Or and Queer Palm Award: Girl by Lucas Dhont from the Un Certain Regard section.

• Palme d’Or in the short film competition: All These Creatures by Charles Williams.

Let us recall that Loznytsia’s film Donbass won the Un Certain Regard competition of the Cannes Film Festival, getting the award for best director. The Un Certain Regard jury, headed by Benicio Del Toro, awarded the main prize of that section to the Swedish film Border by Ali Abbasi.