The one remembered for five centuries on end!

This thematic concert can be called a high-society rout, where different languages, especially Turkish and Ukrainian, were spoken. The Philharmonic gathered the diplomatic, political, and artistic beau monde.

The idea to hold this event belongs to Yonet Can Tezel, Ambassador Extraordinary and Plenipotentiary of the Republic of Turkey to Ukraine, and his wife. “Over centuries, various events and personalities have linked Turkey and Ukraine. Roxelana, known as Hurrem Sultan in Turkey, was an outstanding woman in the history of not only the two countries, but also of the whole world,” the diplomat said.

BETWEEN MYTHS AND LEGENDS

It will be recalled that Roxelana (1505-58) was the first commoner who managed to win the heart of Sultan Suleiman I the Magnificent and become the mother of the successor to the throne, Selim II. It looks fantastic that a Ukrainian girl, who was brought to Istanbul to be a harem concubine, gradually turned into one of the world’s most influential women.

In particular, the soiree heard fragments from the book Roxelana’s Letters: Love and Diplomacy by the well-known art critic and historian Oleksandra Shutko who translated into the Ukrainian language some unique 16th-century documents. Incidentally, Ms. Shutko said after the concert that Roxelana had been abducted by the Tatars, when she was a 9- or 10-year-old girl. At first she was brought up at the Crimean khan’s palace and then carried to Istanbul at the age of 14 or 15. This is why the child did not remember well her native land. It is the sultan’s mother, Ayse Hafsa Hatun, who selected the girl for Suleiman’s harem. She asked her Crimean relatives to bring the most attractive and smart concubine for her son. The beautiful Ukrainian gave birth to her first son, Mehmed, at 16. 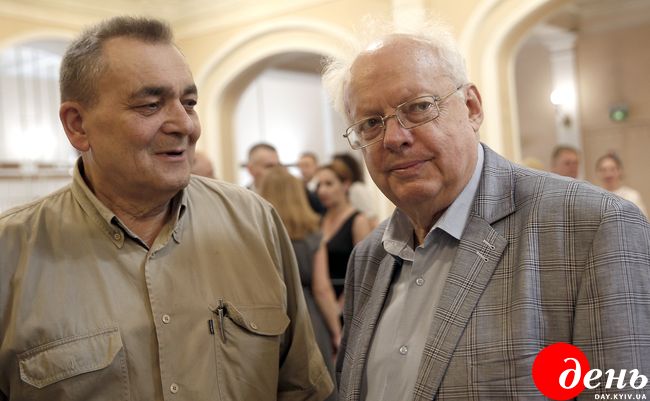 Roxelana was not an intriguer, as some writers and filmmakers portray her, but a quick-witted woman who had a thirst for knowledge: she learned the Old Ottoman, Arabic, and Persian languages. Whenever Sultan Suleiman I was away fighting, she wrote him marvelous letters (seven of which have survived) that included wonderful ghazal and rubaiyat verses. Incidentally, Turkish art researchers are in rapture over the ability of a foreign woman to master the subtleties of Oriental poetics. Hurrem Sultan died of a malignant lung tumor, but the memory of this outstanding personality still lives on. A lot of Ukrainian, Polish, Russian, American, and Turkish academics have been researching the life story of Roxelana, an enigmatic woman, full of myths and legends. Particularly, such well-known writers as Adnan Nur Baykal, Pavlo Zahrebelnyi, Osyp Nazaruk, Ozen Yula, and others touched the theme of Hurrem Sultan on their works.

The audience heard the Ukrainian Radio Symphony Orchestra conducted by Volodymyr Sheiko play the music of five classical and contemporary composers inspired by the image of beautiful and wise Roxelana. The concert, begun with Joseph Haydn’s Symphony No. 63, also included “Dance of Three Girls” from the ballet Hurrem Sultan by the Turkish composer Nevit Kodalli, and spectacular fragments (“The Sultan’s Harem” and “Dance of Roxelana”) from the ballet Roxelana by Dmytro Akimov. This program also presented a world premiere. Particularly for this concert, the contemporary Ukrainian classic Yevhen Stankovych rearranged for the orchestra the “Symphonic Picture” he had composed for the TV serial Roxelana (directed by Borys Nebieridze and starring Olha Sumska and Anatolii Khostikoiev). The last item on the program was Aytekin Atas’s opening theme from the super-popular Turkish serial The Magnificent Century: Roxelana. 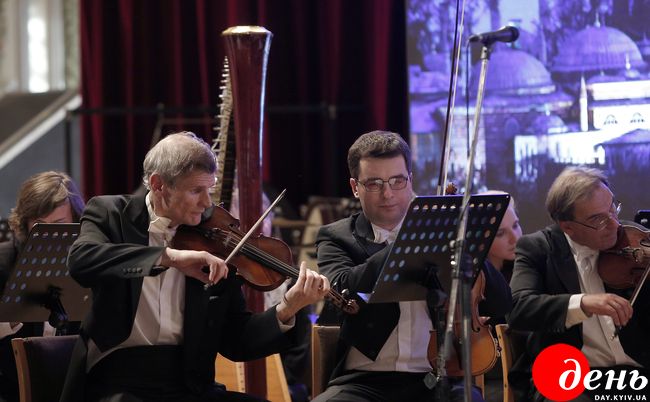 Thanks to the video slides that demonstrated the views of Istanbul’s Topkapi, the portraits of Hurrem Sultan and Suleiman I, and the actresses who played Roxelana in serials, the audience seemed to visit the fairytale the orchestra created.

“IT TOOK TWO YEARS TO PREPARE THIS ARTISTIC PROJECT”

“It took two years to prepare this marvelous artistic project. The idea came up when we were preparing the concert ‘European Music in a Turkish Palace’ which we successfully held in the Grand Hall of the National Music Academy of Ukraine,” art critic Olesia OLIINYK said. “It was the initiative of the Turkish Embassy, and I must say that Ambassador Yonet Can Tezel has a special inclination to art and musical culture. That program revealed for the first time the works composed by sultans’ sons and reproduced the music of that era’s Turkey. Even then, diplomats showed that their country had its own original roots, but it is a highly-civilized state which knows classical works of European composers very well. After the success of that concert, we hit upon the idea to conceive new projects that would involve the two countries’ artists.

“We first planned to put on the opera Roxelana by Denys Sichynsky at the Opera Studio of the National Music Academy of Ukraine and request the outstanding composer Myroslav Skoryk to do the orchestration and the editing, but it is a very complicated process, and it is difficult to put such a large-scale production on our stage. So we came up with the idea of holding the thematic concert ‘The Music Roxelana/Hurrem Sultan Inspired.’ It was a wonderful soiree at the Philharmonic. 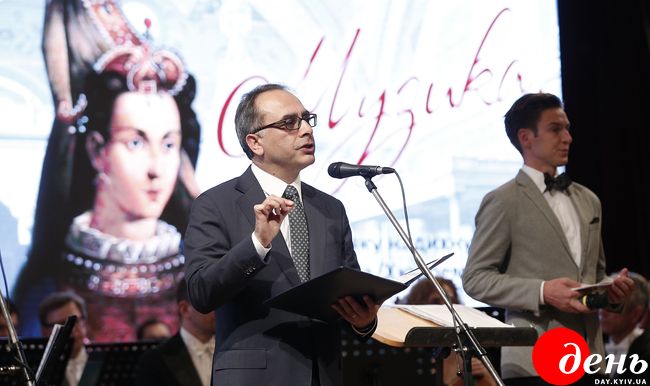 THE IDEA TO HOLD THIS EVENT BELONGS TO YONET CAN TEZEL, AMBASSADOR EXTRAORDINARY AND PLENIPOTENTIARY OF THE REPUBLIC OF TURKEY TO UKRAINE

“The program showed our famous compatriot in various images and musical dimensions. First came a classical piece by Haydn, then original Turkish music by Kodalli and Atas, the Oriental coloring from Kyiv’s Akimov, and a wonderful “Symphonic Picture” by Stankovych. The latter had amply demonstrated his colossal talent in the action film Roxelana. The prominent maestro’s music absolutely differed from that of others! It was a composition about great love between Sultan Suleiman I and Roxelana. Stankovych does not illustrate – he conveys inner human emotions and feelings in his opus. It was an example of a lyrical and romantic love story.

“It’s an interesting coincidence, you know. In her excellent book Roxelana’s Letters: Love and Diplomacy, Oleksandra Shutko spotlights folklore sources and shows that Roxelana was captured 500 years ago. Sichynsky wrote his opera 110 years ago, and this year we are marking the 20th anniversary of the popular TV serial Roxelana…”

This soiree shows a respectful attitude of Turkey’s diplomatic representation in Ukraine to the history and culture of our country, as well as a search for contacts that can further unite the two countries.