The 46th Molodist Film Festival has ended in Kyiv

THE GRAND PRIX OF THE MOLODIST FESTIVAL AND A CERTIFICATE FOR 10,000 DOLLARS WERE WON BY JAN P. MATUSZYNSKI’S FILM THE LAST FAMILY (POLAND). PICTURED: THE PRIZE IS BEING PRESENTED TO THE FILM’S LEADING ACTOR ANDRZEJ SEWERYN

Despite another financial crisis, this was another year in which the organizers of Molodist have managed to collect a strong competition of full feature films – which usually determines the success of any festival. There was only one drawback, which did not depend on those who picked out the program – no interesting full-length debuts from Ukraine.

The films, featured in the competition, were united not only in the debut status of their authors, but also in common motives. Thus, Wolf and Sheep (director Shahrbanoo Sadat, Denmark-France-Sweden-Afghanistan) and Heavenly Nomadic (Mirlan Abdykalykov, Kyrgyzstan) depicted lives of mountaineer shepherds; the authors of Willy the First Zoran Boukherma, Ludovic Boukherma, Marielle Gautier, Hugo P. Thomas, France) and Heartstone (Gudmundur Arnar Gudmundsson, Iceland-Denmark) explored the rejection of LGBT by conservative society; the source of the conflicts in Hedi (Mohamed Ben Attia, Tunisia-Belgium-France) and Sand Storm (Elite Zexer, Israel) was the tradition of marriage in Muslim communities; the characters of Aloys (Tobias Nolle, Switzerland-France) and The Last Family (Jan P. Matuszynski, Poland) were obsessed with videofilming others; and the heroines of Eva Nova (Marko Skop, Slovakia-Czech Republic) and Keeper (Guillaume Senez, Belgium-Switzerland-France) abandoned their sons.

Nevertheless, that is all for the similarities. Although, remember, every film here is a debut, the difference in skill is evident.

I would like to immediately highlight the black comedy Willy the First. Not only it is loosely based on the life of a real person, but in fact this man (Daniel Vannet) plays himself. Fifty-year-old Willy/Daniel suffers from dyslexia, he is not completely adapted to society, and he has just lost his brother. The film portrays reality through the eyes of this weirdo, who made up his mind and set on his goal despite not being completely ready for the world outside the parental home: he wants to live in his own apartment, to have friends, to ride a scooter. And he makes it. Co-directors spice the story with a precisely calculated dose of irony, not harming the overall drama a slightest bit. Daniel plays extremely naturally, not any worse than professional actors. In general, the picture has this clever inherent simplicity, which is achieved through great deal of talent and work; as a result, the film won the Special Jury Prize.

The director of Wolf and Sheep managed to have her actors play naturally as well: many of the characters are mountain shepherds just playing themselves. The author, who by her principle lives and films in Afghanistan, did not smooth out or sweeten the lives of these people, but still found poetry and beauty in it. Unfortunately, this worthy work has remained unnoticed by jury.

The success came to movies which accentuated on emotional situations – on the brink of melodrama. For example – an incredible union of professional film critics and the mass public – the FIPRESCI Prize and the Audience Award went to Heartstone by Icelander Gudmundur Arnar Gudmundsson. The film – featuring high-quality camera and actor work – seems extremely overextended; it seems that the director loses the pace of the narrative already in the first third of the film – but there is more than enough different kinds of tear-drawing, albeit predictable situations. 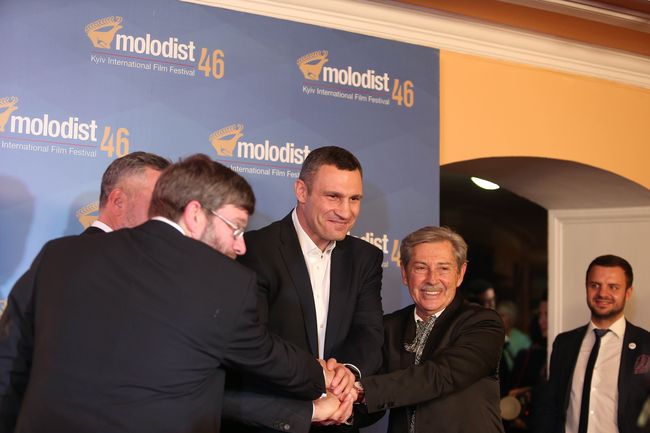 DESPITE AN UNDERSTANDING REACHED WITH MAYOR VITALII KLITSCHKO, THIS YEAR’S MOLODIST WAS RUN ON A SHOESTRING BUDGET ONCE AGAIN

Keeper by Guillaume Senez has its own melodramatic conflict – an underage couple decides to have a child despite all the scandals with parents and warnings from adults. This conflict is balanced not only with quality play of the leading actors, but also by the director’s sense of proportion. The latter contributes to the ending, which saves the story – the child, abandoned by the young mother, is taken by his father, who is suddenly more responsible than usual in such kind of narratives. This ending is a tribute to a more progressive view on the issue of gender, family and procreation, and this turn does not look artificial. As a result, Keeper won the feature film contest and the main prize of the Ecumenical Jury. 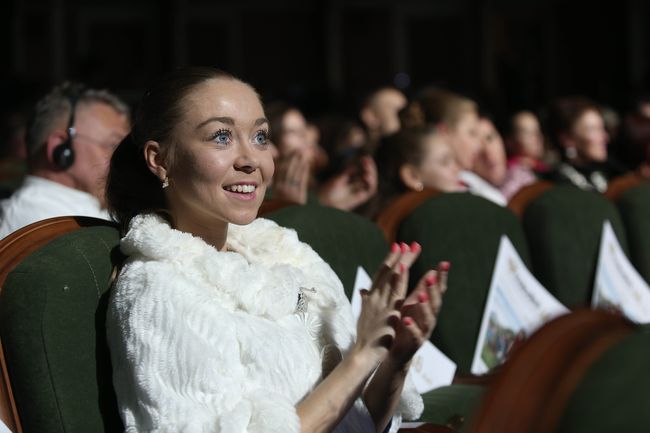 Given that all the leading characters of The Last Family by Jan Matuszynski die, this picture is remarkably unemotional. The protagonist is a Polish surrealist painter Zdzislaw Beksinski is known for his frightening post-apocalyptic works. His son Tomasz is a cult radio DJ and translator, who plays Dracula on stage, is prone to neurosis and suicide attempts. The only conscious person in the family is the wife and mother Zofia – a sincere Catholic, who bears the burden of daily tragedy and farce, created by Zdzislaw and Tomasz. Finally, each one of this bizarre trio dies in their own way; against this background, the director’s rational, even a bit dry manner of filming is particularly interesting. In a certain way, this contributes to the surreal effect, which apparently made a big impression on the main jury: Matuszynski was honored with the Grand Prix and the certificate for 10,000 dollars.

To sum up, the main winner was the festival itself, which means the audience.

The 46th Molodist was held on October 22 through 30. The program presented about 250 films from 80 countries.