Romani people here and in Europe

“This project is meant to show a lifestyle ordinary people have no access to,” says photographer Oleksii ZINCHENKO, describing his series of pictures dedicated to the Romani. He took the pictures in 2016, in Volovets raion, Transcarpathia. He had been visiting with a friend when he first spotted the Romani and thought that taking pictures of them was a good idea.

The result, a series of photos, was displayed during the annual international festival Krakow Photo Fringe in Poland. At present, these pictures are at the Kyiv History Museum, along with other exhibits relating to the Romani. “We Are Romani” is the name of the project. Its curators are Kostiantyn Doroshenko and Kateryna Lypa.

Says Oleksii Zinchenko: “My friend introduced me to the mayor, we made friends and I explained what I needed the pictures of Romani for. The problem was that Romani aren’t friendly toward journalists, expecting all kinds of provocations. Later, I met the Gypsy Baron and visited the camp and then we walked around like chum buddies and I could take pictures at will. You can see the Baron with his family on the porch of his home in one of the pictures. He turned out to be a good fellow and we talked about many things. He spoke about what worried him the most. By the way, he doesn’t live on separate plush premises. Being head of camp, he lives like the rest, in a small neat cottage. At some point I wanted to go take pictures alone, but his no was adamant. He said it would be really dangerous. It was a small cap with 317 inhabitants, of whom 65 percent were kids. We tried to visit bigger Gypsy camps, like the one in Mukachevo with some 7,000 residents, but were denied access. They had been visited by a group of British journalists who later produced a voluminous report on poverty, insanitary conditions, and so on. The Romani felt offended and decided not to let any stranger in.”

The photo exhibit attracted considerable public interest, among other things because many Gypsy camps in various localities had suffered pogroms, including the murder of a young Rom near Lviv this year.

Kostiantyn DOROSHENKO, curator of the exhibit: “These series of photos aren’t meant to embrace a high-profile social subject. This photographer took an interest in the Romani from a purely humane point of view. He wanted to demonstrate their lifestyle. Here you become aware of absolutely different sentiments, but they don’t leave you in the dark. We can see that these people don’t have to get rich to be happy; that they don’t have to buy expensive clothes and attend beauty parlors to look beautiful. 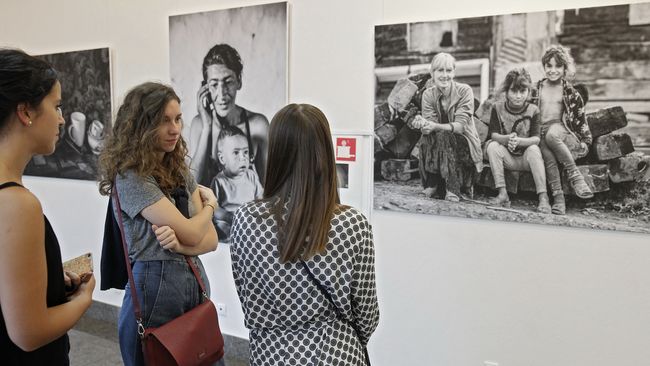 “Milan Kundera, a Czech-born French writer, once marked a boundary between Europe and the Great Steppe, also between Europe and Russia, saying that Central Europe is a small territory with a great many cultures, ethnic groups, and religions; that the further one moves in the direction of the Great Steppe, the bigger the number of large territories that are not as densely inhabited and that have a uniform culture. In other words, Ukraine is doubtlessly part of Europe. As in any country with the people and the nation being at issue, one is to understand that a nation is made up of all people who inhabit this or that territory. They assimilate in terms of culture, traditions, and so on. This is also a European approach.”

Kostiantyn Doroshenko sums up by saying that we all of us are composed of all those who live in Ukraine and love this country.

The Romani people have inhabited the lands currently constituting Ukraine for more than 600 years. According to project curator Kateryna Lypa, they started settling en masse in the mid-17th century, during the national liberation war led by Bohdan Khmelnytsky: “The reason is simple. Big armies were crossing the territory. They needed lots of blacksmiths and Romani were there, with all the required tools and skills; they could shoe horses and repair the gear en route. Among the family names in Cossack registers are Tsyhan [Ukr. for Gypsy/Rom. – Ed.] and Tsyhanchuk [Lit., son of a Gypsy. – Ed.]. This is proof that some Romani preferred to be warriors. There is scarce material evidence to shed light on Gypsy culture, and what is available points to drama shows, as demonstrated by some items on display at the Kyiv History Museum, including Anatolii Petrytsky’s sketches of costumes for [Emmerich Kalman’s] The Czardas Princess and [Georges Bizet’s] Carmen.

Kateryna Lypa compares the strong Romani tradition and culture with water, when something floats quietly down the stream and out of sight. She says that in the 20th and early 21st centuries, public attitude differentiated between watching drama renditions with attractive Romani as personae and seeing actual individuals with their traits and innate traditions: “I’m not going to say that there should be either reality or show. I guess both should be there, considering that every nation must have an effective myth of its own.” Oleksii Zinchenko project appears to be adding to our scarce knowledge about the Romani people.

PROBLEMS NOT SEEN AT FIRST

Julian KONDUR, Chiricli Foundation Project Coordinator that has everything to do with Romani, tries to figure out the relationships with Gypsy communities: “We say that Romani form closed communities. Today, this is explained by our socioeconomic situation that’s actually different, compared to that of the people who’re living next door to Romani. I believe that our government should be proactive and help these people establish a dialog. For quite a number of years, the Romani issue has been kept on a cultural level, that of ethnic self-identification, while ignoring their social [status] and human rights. Now all we have is drama shows with Gypsy characters. The Romani community at large and the state should help build this dialog. Then these people would feel themselves as its part. I don’t mean the social service only. I also mean a democratic police force, other institutions, daycare centers, you name it.” 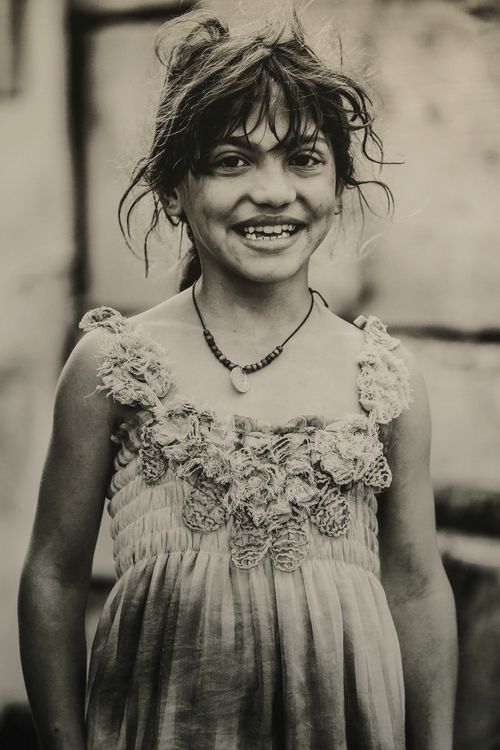 Olha VESNIANKA collaborates with a Romani human rights watchdog group and represents Romani Radio Chiriklo. She wants everyone to show more interest in Romani social problems, including education and healthcare, not just pogroms that make headlines: “Local authorities often speak about ethnic communities, particularly about the Romani, during public meetings, but that’s mostly about festivals, ballet shows, things like that. They believe this can solve most problems. They should discuss social issues that are really hard to resolve, including making daily efforts to ensure that children from Romani families have access to education, can receive passports, birth certificates, and so on. This also includes employment discrimination and other problems that are kept away from the public eye.”

Important: You can learn more about Romani history, culture, and young activists by attending lectures that are organized within the exhibit’s framework. For further information visit https://www.facebook.com/RomaAreUs/

Oleksii Zinchenko says most of his photos are kept in a news report format, without any stage-setting stuff. They are black and white, yet they look more like paintings, each revealing further details as you look at it. For example, a street scene with several sets of clothes hanging, left to dry in the sun, including blouses, shorts, and sweaters, but then something catches your eye in the background, an icon with a folk painting of the Mother of God and the Child – and you realize that these images constitute a single whole in the picture.

Oleksii Zinchenko wants to stress his point: “I didn’t mean to defend the Romani or try to moralize about anything. Yes, I know that there are thieves among them, but we often tend to associate them only with railroad stations, dirt, and crime. Yes, all this is there, but the Romani are also known for taking jealous care of their traditions, keeping their code of ethics and continuity that dates back centuries. We’ve been talking much about Europe and civilized societies of late. We should keep in mind that a civilized society is markedly tolerant, moral, and empathic.”

He says Romani are a happy people. I only wish I could say that we [Ukrainians] are also Romani.

The exhibit at the Kyiv History Museum will close on September 3.