The visibility of the invisible

The past year was a very successful one for Vlada Ralko, who is among Ukraine’s most famous contemporary artists. Together with Volodymyr Budnikov, who is her husband, colleague, and supporter, she held several exhibitions, both collective and solo, and this creative couple also released several original artistic albums during that period. Now, Ralko has invited everyone to a large-scale new exhibition, called “Reserve,” which is to be held at the Kyiv Picture Gallery.

Your previous big projects, “Three Steps” (created in cooperation with Budnikov) and “A Kyiv Diary” became essentially documents of the artist’s experiences as the Maidan was maturing, the Revolution of Dignity was happening, and the war in eastern Ukraine was beginning. Why did you choose the title “Reserve” this time? Have you joined the ranks of “reservists”? 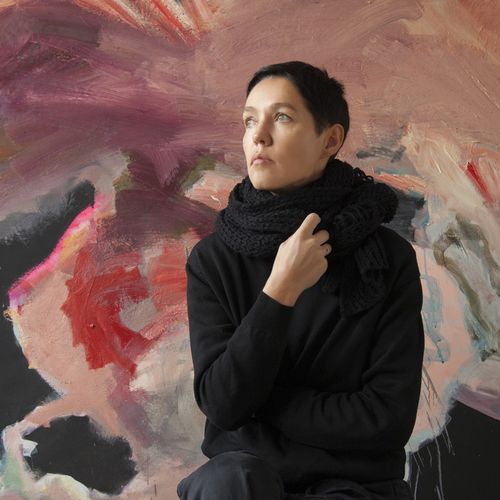 “In the series that you have mentioned I focused not on reflecting events, but on studying how a person lives in a situation of seemingly peaceful existence alongside revolution or war, when the main events take place either locally, such as the Maidan in the middle of a peaceful Kyiv, or at a distance, like with military operations in eastern Ukraine. Despite the virtual presence of the war in the media, the configuration of peaceful life in Ukraine has remained mostly unchanged until now. And through this terrible parallelism, ordinary everyday life attains surrealistic features. For me, it was and is important to keep track of the usual things that, in the changed circumstances, suddenly begin to speak about a specific time, both then and now.

“I worked on ‘Reserve’ while keeping in mind the status of a human being who found themselves in the role of a ‘displaced person’ or a hostage, as well as the extraordinary influence of such a figure, despite its exclusion from active life. Of course, ‘Reserve’ does not deal with genuine hostages, but rather with the voluntary declarative passivity that aggravates the situation, makes it extremely tense.

“Such a figure has ostensibly lost their own organs and ceased to act, curtailed all its functions, turned into an unclear likeness of themselves, begun to germinate within themselves, ‘accumulate,’ and become similar to some sort of a generalized, abstract doll. Instead of shapes which are determined by the anatomical structure, I showed soft optional silhouettes. 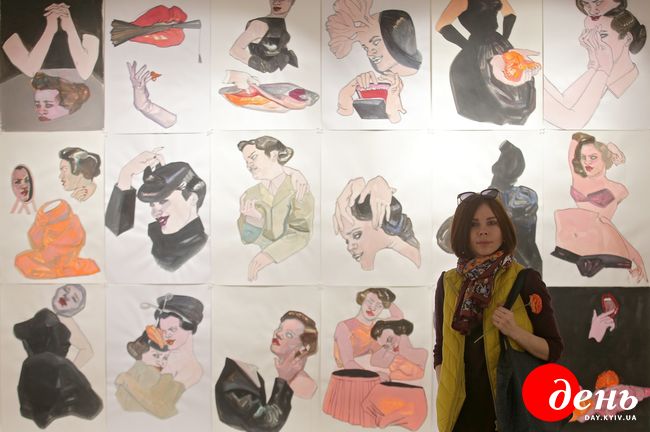 “In general, the series ‘Reserve’ is very personal, because it has become, in a sense, another summary of my work in the format of diaries. While working on it, I used old photos from the family archive, several reproductions of my own works, and photos from my grandmother’s... culinary book, which I occasionally revisit and which have become to some degree archetypal for me. Subjectively, these pictures still retain some inner strength and are capable of unfolding into a variety of meanings depending on the specific features of a certain time.

“It was a test of sorts for me, as I used family photos as working materials, but the figures from the photos have been subjected to such a degree of transformation that they have little in common with the original images now.”

Last year you returned to oil painting. Your “new” painting technique echoes later Malevich. Recognizable images of peasants who are close to earth, “faceless” people, motanka dolls – this is an obvious allusion to the work of the classic painter, although, of course, we do not find head-on, direct quotations there...

“For me this time, the ‘slow’ technique of oil painting is an important component of the main topic, that is, online images only allow you to see that part of the work, a dumbed-down variant of it. It is as if we try to narrow the perspective to that part of painting which can be ‘related’ and which is not the key message. I see such a perception as one running a high risk of going the wrong way. 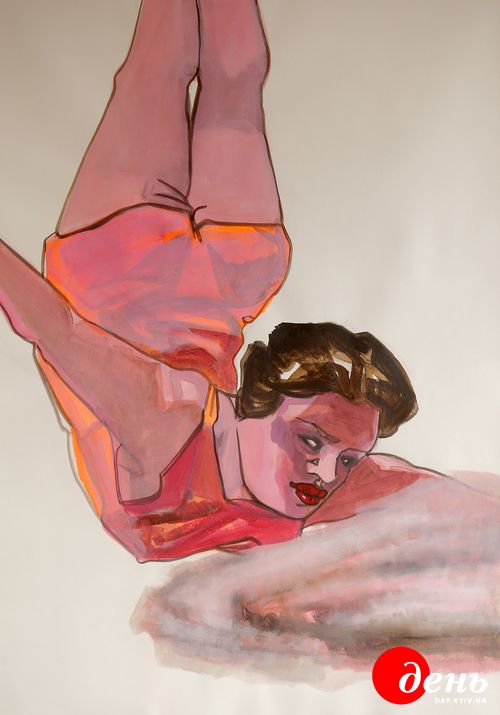 “But if we have to talk about artistic connotations, I would say that when working on it, I was thinking of puppet-like characters in works by Italian metaphysical thinkers. Or to be more precise, I was thinking of my former admiration for them. I remembered Malevich’s peasants only after work on Reserve was completed, but the similarity you are talking about is still very superficial for me, because the atmosphere of my series is rather surrealistic, that is, it comes from completely different sources.”

By the way. Malevich is a popular figure in today’s Ukraine, and has even become an opportunistic theme. What do you think about this?

“Frankly, I am indifferent to the present popularity of Malevich, which testifies to nothing but empty exercises in creating an updated official pantheon of heroes and inserting yet another high-profile name there. Popularity always obscures the artist’s person.”

“ALL THE MAIN THEMES DO NOT GO ANYWHERE”

Last year, you exhibited a lot and released what almost amounted to a library’s worth of art albums with reproductions of paintings. At the Taras Shevchenko Museum, you launched a magnificently published book by Budnikov, entitled Questioning the Visible... Do you work together with your husband when preparing albums?

“The Chervone-Chorne Art Association published two books at once at the end of last year: Budnikov’s large monograph Questioning the Visible and my book Anatomy. Of course, we do work together on books, but we play very different roles in it. Despite the fact that I actually serve as the compiler, we design each of the books together. 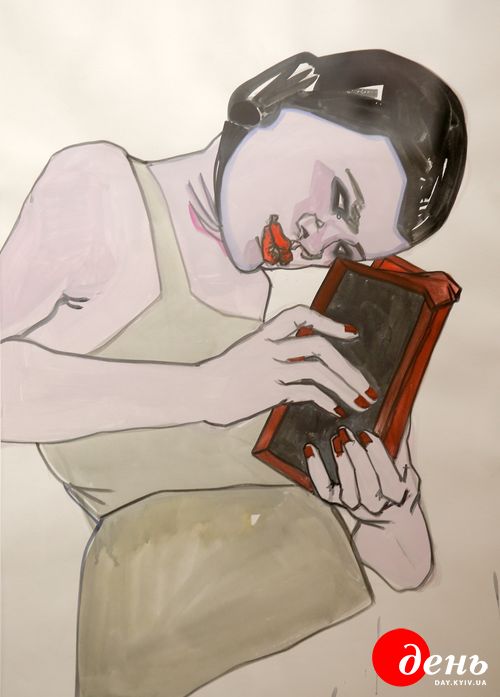 “I call Budnikov’s book a ‘visual monograph,’ because our leading principle in it was not chronology, but the main lines, the themes of series, projects and individual works, and we placed the corresponding sections in a sequence that was determined precisely by visual factors. The book clearly shows how works of different years and periods are rooted in a shared point or contain a link to a common parent form or idea; it allows one to look at the entire figure of the artist, shows the artist’s work in its entirety, instead of perceiving it gradually, according to chronologically sequential fragments. That is, the structure of the book reveals the fact that all the main themes do not change each other, but they are always present and do not go anywhere, even if they are not visible on the surface for certain periods. In addition, we collected, re-edited and translated almost all original texts by Budnikov, as well as a portion of conversations and art criticism texts dealing with his major projects.

“My book Anatomy is designed in an entirely different manner. I tracked a certain principle that I had been following since a few years, namely from the end of 2013, in a period that I have defined as extraordinary. After that, I selected works from earlier series, which most closely correspond to the same principle, although they were created long before the revolution and the war.”