The water border between Odesa and Mykolaiv oblasts passes right in the middle of the Tylihul estuary (lyman) which formed on the old bed of the river Tylihul near the Black Sea. Both banks of the estuary are a nature conservation area. The adjoining oblasts have homonymous regional landscape parks. The estuary is also on the list of the Ramsar Convention on Wetlands. As part of a socio-ecological project launched by the Birds Protection Society (BPS) and Coca Cola, The Day managed to visit the estuary’s most beautiful places, watch its abundant flora and fauna, and learn why it is necessary to raise the water level in the estuary, as it is being planned to do.

OVER 200 SPECIES OF BIRDS

The Tylihul estuary is 60 kilometers long, about 4.5 kilometers wide, and 21 meters in depth at most. It is southern Ukraine’s deepest estuary. The place abounds in well-preserved plants of about 600 species, including those on the IUCN Red List. One of the largest virgin steppes in this country’s south is located in the area of the Tashyne Bay and the mouth of the river Tsareha.

Picturesque rocky banks, inlets, a host of islands and small lakes with various water compositions make it an excellent place for birds to nest and concentrate during seasonal migrations. 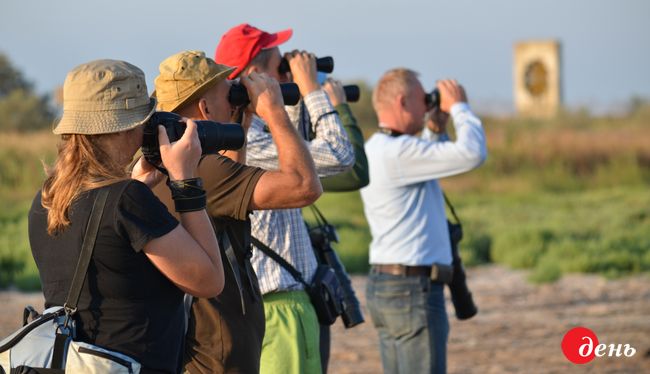 One can come across about 200 feathery species in the Tylihul estuary in various seasons. The total number of birds that stop over in the estuary and its coast during a flight sometimes reaches 50,000. It is usually common and yellow-legged seagulls, coots, mallards, great cormorants, white-fronted geese, shelducks, mute swans, and great egrets that form seasonal accumulations. These species were the most widespread at the time we visited the place.

As the estuary is formed by the river Tylihul, which has a lot of manmade problems now, this was bound to affect the waterscape. According to Ihor HERZHYK, chief of the research section of the Tylihulskyi landscape park, people used to tap water resources from the river and the estuary on a mass scale in the middle of the last century without caring about restocking them. And in the early 1990s, many received land plots near the river and did not know what to do with them. “People would put up dikes, dig canals, and make fish ponds – 120 ponds and dikes were built along the 170 km of the river – this means that almost nothing has been left of the river and it empties into the estuary only for a couple of months a year,” Herzhyk says. “As a result, dozens of the islands, where birds used to nest, merged with the ground and many species of the feathered also vanished.” 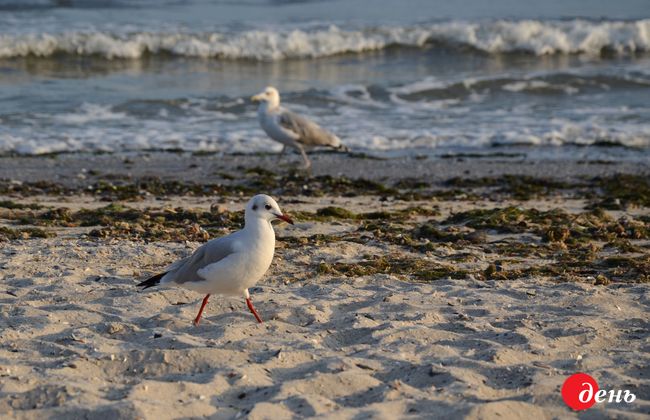 Another problem, Herzhyk says, is that the natural channel that linked the estuary with the sea was destroyed in the mid-20th century, and a new, artificial, one was dug up. But it gets constantly silted up, which also causes the water level in the estuary to lower.

WHAT IS THE WAY OUT?

“We knocked on all the doors to find support in resolving the estuary’s problems. At last, the Odesa Oblast Council provided funds to modernize the canal, for it is impossible to restore the original channel because of residential settlements. The canal is being strengthened with dikes and anti-silting devices. The canal is expected to be commissioned in the coming November, and the estuary water will rise,” Herzhyk points out.

But it is not enough, the scientist adds. Sea water is very salty and needs to be thinned with “good” fresh water. The project being carried out by the Bird Protection Society together with park employees and Coca Cola is sure to help in this matter. 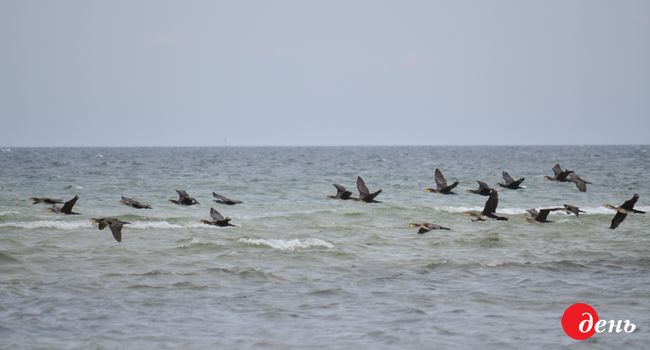 “There are several fresh and even potable water springs along the perimeter of the estuary. But these springs are clogged and must be cleaned up and widened. In this way, more fresh water will go to the estuary, and its level will rise a little,” Herzhyk says.

According to BPS project manager Viktoria SHEVCHUK, this will surely help many birds come back to their customary habitat. “As for the environmental projects we carry out with Coca Cola, it is not about building sophisticated hydrological structures or bridges. It is about simple, but effective, measures to conserve nature,” Viktoria says. “For example, we have revived several hundred hectares of the Biienkovi overflowed wetland on the Kinburn spit, linking them by means of a canal with the Dnieper-Buh estuary, and, also thanks to the dug-up canal, we have revived 11 fresh-water bodies on the Kardashyn lakes in Kherson oblast and protected the neighboring villages from being underflooded. Likewise, revitalizing the springs along the Tylihul estuary’s perimeter, we want to help this water body and its inhabitants.”