“I have left a bit of my heart there”

Ternopil artist Zoriana Hnatiuk spoke about her admiration for icon art and a special issue of Route No. 1
Larysa Osadchuk

Ternopil artist Zoriana Hnatiuk made a wooden copy of the title page that opens the aristocratism-themed issue of the glossy supplement Route No. 1. This artwork came to the editor-in-chief of Den as a gift from the newspaper’s Ternopil correspondent. The artist said she had not known about the magazine format of the publication and was pleasantly surprised when she saw it. “Of course, the main thing is that it has high-quality information content, but the design is excellent as well. I really liked the cover picture, although at first I doubted whether the image could be transferred to the board so that it remained as good,” Hnatiuk told us.

Hnatiuk first encountered Den at the beginning of the 2000s, when she worked as a curator at the Sribni Dzvony Art Gallery in Kyiv. At the same time, she started her collaboration with the newspaper, as Den covered the events that took place in the artistic institution. Also, our publication set an example for her when the artist studied journalism at Ivan Franko National University of Lviv. 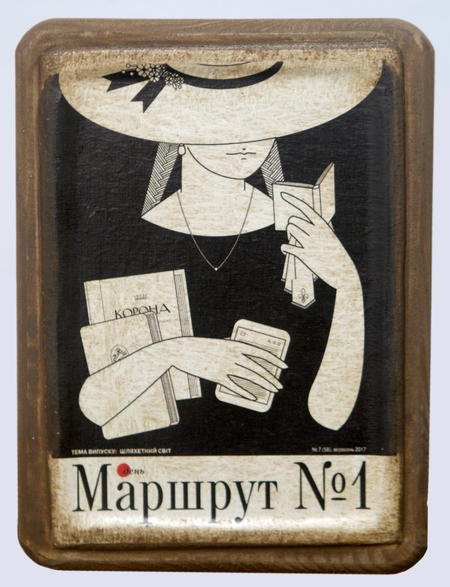 The works of the Ternopil master have entered collections in all regions of Ukraine, including Kyiv, as well as some European countries. Hnatiuk produces mainly icons, using a modernized medieval technique which involves gesso. “This technique is special in that the resulting icons look very modest, close to the old ones. For the most part, I make copies of the icons of the 12th-17th centuries, painted in the Byzantine style, which is most suited to the wooden design. Since I have been involved in this business for a long time and get various orders, I have begun to reproduce the images of the 19th and 20th centuries as well,” the artist told Den. In addition to icons and religious paintings, she creates unusual wooden reproductions of famous artists’ works and photos, which act as an alternative to the usual framed picture and bring a special atmosphere to one’s home or office. Hnatiuk’s efforts involve a designer’s approach, creativity, and indisputable love. She said: “I try to make my every work as good and as sentimental as I can. For example, I sew burlap or linen bags for them. That is, I do not just present a work in a box or a plastic bag, but do it so that one feels it is truly sincere. On the back of every work, I make sure to attach an inscription. If this is an icon, then I write what its subject is and what century it belongs to. If this is a reproduction of some picture, then I indicate the title and the artist. It is necessary for a person to know what was presented to them, while more information can be found online.” 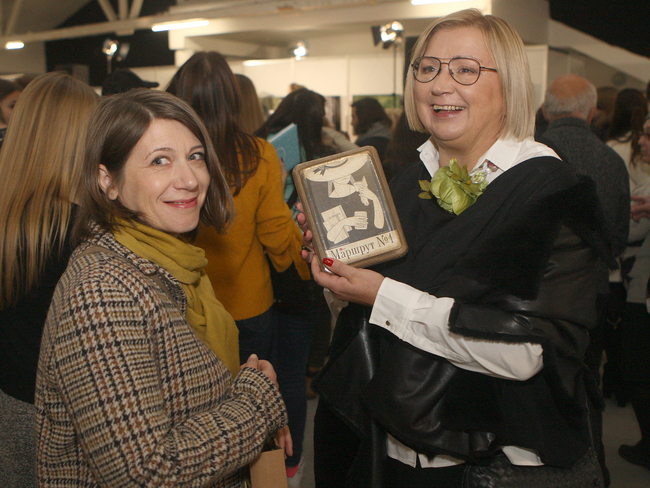 “It is a pleasure that my work, where I have left a bit of my heart, is now in the editorial office of Den,” Zoriana said and showed us a new issue of Route No. 1, entitled Photo-Synthesis and dealing with the “Den-2017” photo exhibition. “I do not like to have my pictures taken, but greatly love taking pictures myself. Maybe next year, a picture of mine will be exhibited too.”