For the first time ever, Ukrainian museums joined the Slow Art Day global event, aimed at thoughtful contemplation of artworks

A HAND OF SUPPORT / Photo by Oleksandr ZUBKO

American Phil Terry once asked himself: what would happen if museum visitors, instead of looking at each exhibit for a few seconds, inspected slowly just a few of them? In the summer of 2008, he attempted to look closely at several paintings in the Jewish Center of New York. The following year, Terry invited several people to join him at the Museum of Contemporary Art. Both experiments were successful. Enthusiastic reviews inspired him to hold another test, this time in 16 museums across the US, Canada, and Europe, and so the Slow Art Day became an annual global event held on April 14. Ukraine joined it for the first time this year.

THE POWER OF A SLOWDOWN

The mission of the Slow Art Day is simple: to help people perceive art thoughtfully and enthusiastically. The design of the exhibition is less important. The main feature in this event is the power of a “slow look.” Museum visitors try to perceive art without a background and explanations, to decipher its meaning independently.

Prospective participants register on the websites or through the administrators of the museums they choose, and then arrive there at a specified time. For an hour, they contemplate the proposed exhibits, with each taking about 10 minutes. 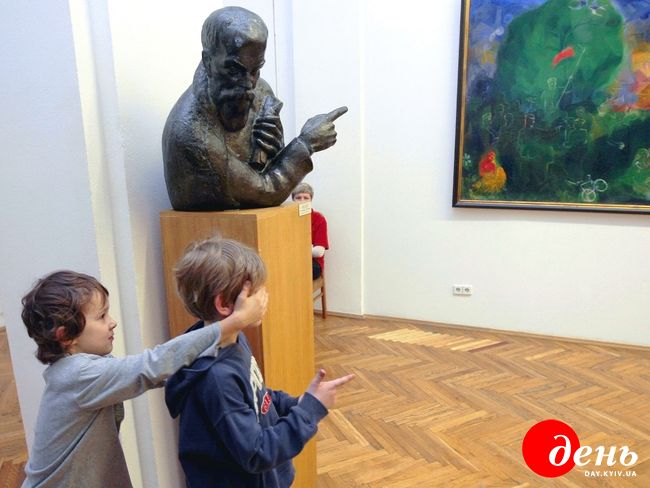 OPEN YOUR EYES /  Photo by Ruslan KANIUKA, The Day

Some institutions make the entrance free of charge, while others reduce the price. The museum workers also select exhibits for the event independently. The hosts can either leave the guests alone with the exhibition or arrange a discussion at the end of the session or separately next to each item. According to the slowartday.com website, since its official launch in 2010, the Slow Art Day has taken place in 700 locations on all continents, including Antarctica. A total of 204 participating institutions had declared their intentions this year, but there were actually many more of them, because not all register on the official website.

The participating institutions were most numerous in the US. Among the cities, the leaders were New Orleans with nine museums and New York, Turku, Toronto, and Washington, with four museums each. What could one see there, then?

For example, the Turku Art Museum allowed its visitors to take a rush-free look at works by Rut Bryk and Heini Aho for four hours without any fees and registrations. Meanwhile, the Groeten van Marc Gallery of Amsterdam distributed the same four hours equally between works of four artists.

In Sao Paulo, the artist Enrique Vieira Filiu invited a small group of visitors to his workshop and allowed them to choose works for leisurely contemplation by themselves. The NIROX Sculpture Park (South Africa) invited one to take a walk, during which visitors learned special techniques for concentration and dialog. The Philadelphia Museum of Art (US) combined contemplation of paintings and discussion of them with a group meditation session.

Once upon the time, two million passengers left the Belgian city of Antwerp on ships of the Red Star Line, which gave name to the local museum. Therefore, visitors looked more closely at Belgian migrants in the paintings of Eugene Laermans and Louis van Engelen on the Slow Art Day. 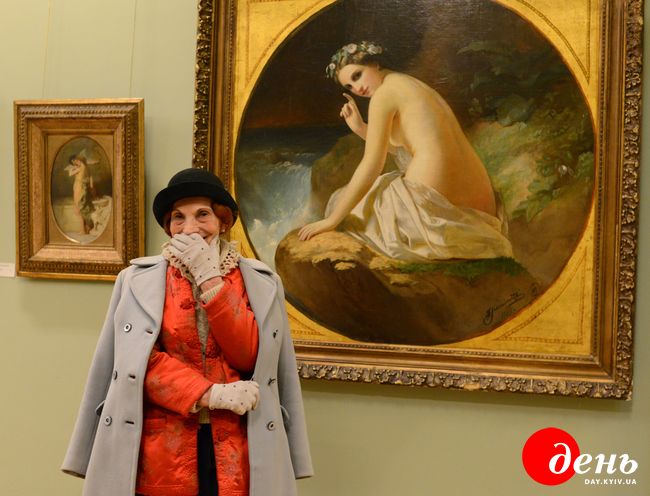 THE LADIES  /  Photo by Yurii DIACHYSHYN

“The National Art Museum of Ukraine held an event as far back as three years ago, where the visitors were asked to stay for longer near individual works, and verbalize their thoughts about them on paper. This year marks the first time that the event will take place simultaneously in 35 museums, as we just needed some initiative that would remind all the museums of this day,” Sofia Riabchuk, the initiator of the Slow Art Day in Ukraine, said on the eve of the event. The Ukrainian Center for the Development of Museum Work also joined the organizational efforts.

The residents of the capital and tourists faced a difficult choice on April 14, because the vast majority of participating institutions were located precisely in Kyiv. The first declared exhibit was in the National Museum of History of Ukraine – a music box made by Troll & Baker, while the Museum of the History of Kyiv showed a graphic representation of ancient Kyiv, dating back to the 17th century. The National Art Museum of Ukraine allowed prospective visitors to select five pictures via a Facebook poll.

The museums of Mykhailo Hrushevsky and Taras Shevchenko offered visitors a chance to get acquainted with... Kateryna. More precisely, with two women who went by this name: the subject of Shevchenko’s most famous painting and the daughter of Hrushevsky, whose portrait was painted by Ivan Trush to celebrate her third birthday.

The National Chornobyl Museum presented an exposition of the works of foreign artists who took interest in the Chornobyl disaster. The Khanenko Museum held a thoughtful pre-registered small group tour, while the Museum of Dreams divided its space into active and contemplative zones so that all visitors were comfortable.

Museums from 12 regions joined the event. For example, the Lutsk Art Museum introduced Jose de Ribera and his 1644 work Saint Jerome. The Kherson Art Museum offered both academic landscapes of the 19th century and examples of the 20th century avant-garde. The Kherson Regional Local History Museum showed visitors the originals of folk picture Cossack Mamai and Fedor Alekseyev’s 1797 work A View of Kherson, as well as a copy of the sculpture of emperor Julius Caesar.

The Sheptytsky National Museum in Lviv focused on religious topics during the Slow Art Day. Its department of Ukrainian art of the late 12th to 19th century showed icons and shrouds, as well as views of Lviv as shown in lithographs of Karl Auer. The 20th century art department showed a still life with “trifles” by Karlo Zvirynskyi, The Last Supper by Mykhailo Boichuk, etc. The Lviv Art Gallery invited everyone to explore the miraculously preserved sculptures by Johann Georg Pinsel and the Hutsul Madonna triptych of the Lviv modernist Kazimierz Sichulski.

Riabchuk said: “Today, people in all countries turn en masse to the concept of ‘mindfulness,’ which means meaningfulness and contemplation. This is the ability to feel the moment and oneself in it. Its slogan is ‘less is more.’ It is also very closely intertwined with the ability to get immersed into oneself through art. An artwork is a figurative representation of an idea. It can be read in different ways, as people look for their own understanding and something important for themselves. This takes time. Practitioners say that prolonged immersion does not wear one out like a high-speed race along the museum, but on the contrary, adds strength.”