The theatrical Oscar competition has started in Ukraine! It will finish in November!
Alla Pidluzhna

The event, which the theatrical community of Ukraine has been waiting for more than two decades, has finally happened! From now on, the Ukrainian artistic community will be even more cohesive, as a new platform for a shared theatrical game has emerged, on which theatrical collectives from around this country will be able to compete. Until now, only local efforts that determined the best teams existed in this space. The most famous of them is the award which covers the theater art of the capital and is known as the Kyiv Pectoral; it is considered the pioneer in this field and the oldest such prize, since it was founded in 1992 on the initiative of the Kyiv branch of the National Theater Union of Ukraine. Last year, the Sicheslavna Supreme Theater Prize of the Dnieper Region, created by the Dnipro branch of the National Theater Union of Ukraine, celebrated its 25th anniversary as well. And now, we are witnessing the appearance of a new format, a new artistic institution, which differs from the already existing ones in scale, concept, purpose, and potential, and is called the All-Ukrainian Festival-Award GRA. The National Theater Union of Ukraine, supported by the Ministry of Culture of Ukraine, the Ministry of Finance of Ukraine, the Committee on Culture and Spirituality of the Verkhovna Rada of Ukraine, and the Department of Culture of the Kyiv City State Administration, became the founder and organizer of the GRA. The author of the idea and creative inspiration behind this new all-Ukrainian project was the chairman of the Theater Union, director general and artistic director of the National Operetta Theater Bohdan Strutynskyi. As he was going about reconstructing the Theater Union, his top priority was the idea of uniting all the theaters of the country within the framework of such annual festival competition, which would present the best stage achievements of Ukraine, further popularize the national theatrical art in its genre diversity, and form a decent competitive environment in Ukraine, so that there were good grounds for presenting our art in a global context. As Strutynskyi noted, the festival was invented in order to celebrate the greatest creative achievements of artists throughout the country in a great theatrical game, to find and discover new names, to evaluate the new qualities of art as performed by already well-known masters. “We have to stir up our theater movement!” 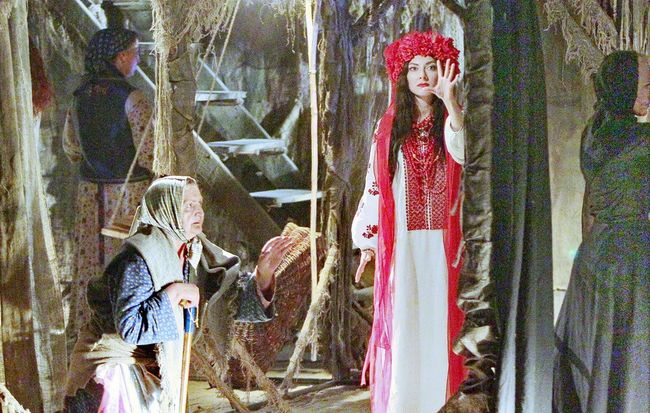 Experienced theater scholars, experts on the international festival movement Anna Lypkivska and Anna Veselovska worked on the development of the concept and the statute of the award. Taking into account the experience of holding such events in other countries, they developed their own scheme for the format of the festival-award. It involves two components of the event which are to work very productively: the festival part features the best performances entering the final, while the prize part sees the award ceremony for the winners. Incidentally, in addition to honorary diplomas, the winners will receive monetary prizes to enable them to realize new creative projects.

The name of the festival-award is similar to the Ukrainian word hra that denotes the basis of the theatrical art, meaning “play” and “game,” but at the same time GRA is a fictitious abbreviation standing for the Great Real Art. So the bar has been set high, as the event will accept only great and real art! 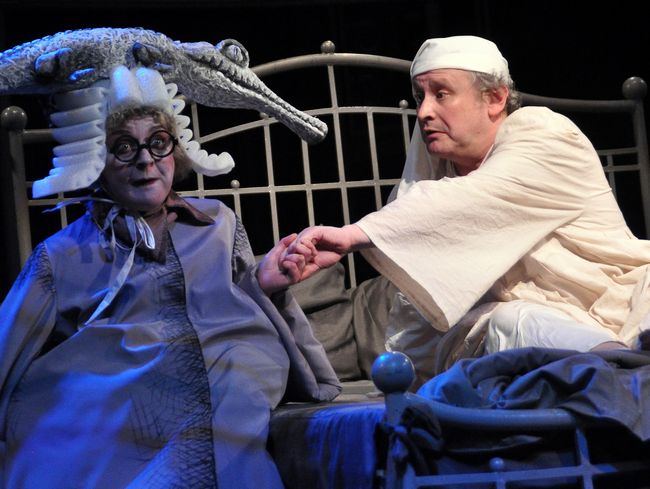 Determining the quality of “great and real” entries was entrusted to 10 leading theater scholars and musicologists. An expert group consisting of Anna Lypkivska, Anna Veselovska, Maia Harbuziuk, Serhii Vasyliev, Oleh Verhelis, Liubov Morozova, Liudmyla Oltarzhevska, Yana Portola, Anna Stavnichenko, and Alla Pidluzhna reviewed videos of 74 entries submitted by theaters. They created a longlist of five performances in each of six nominations. The nominations included the entire traditional creative spectrum: the Best Drama Performance, the Best Performance for Children, the Best Musical Performance in the Genres of Opera/Operetta/Musical, the Best Choreography/Ballet/Plastic Performance, the Best Chamber Scene Performance, and the Best Search and Experimental Performance. After watching live performances of all the first stage entries, a shortlist of two performances in each nomination was created. The work of the expert group ended there. This fall, an authoritative international jury will determine the winners.

The results of the second stage of the GRA Festival-Award were announced at the Bel Etage Music Hall in a solemn and festive atmosphere at a gathering of participants who dreamed of hearing the name of their play included in the shortlist as well as many other theater fans. Some rejoiced, some were upset, and the expert opinion on the winners was as follows: 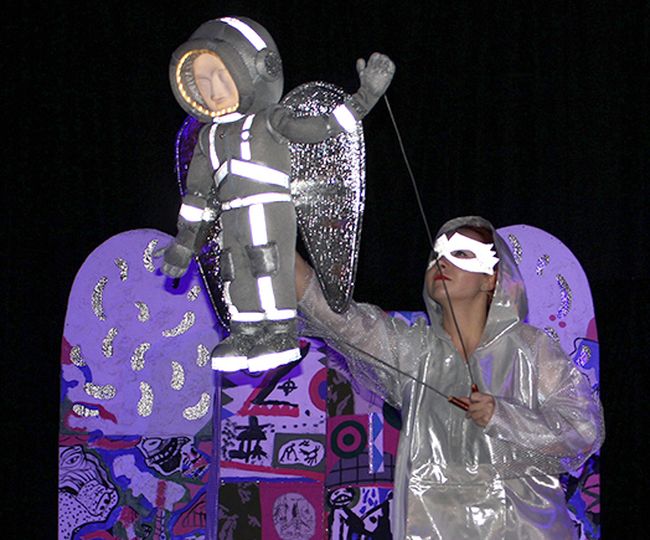 In the Best Musical Performance in the Genres of Opera/Operetta/Musical nomination: the Open Opera Ukraine NGO (Kyiv)’s Dido and Aeneas and Mykolaiv Ukrainian Drama and Musical Comedy Theater A Square Peg in a Round Hole.

In the Best Search and Experimental Performance nomination: Ivano-Frankivsk Franko Ukrainian Music and Drama Theater’s Hamlet and the joint project of Kyiv National Theater of Operetta and the Theatrical Platform NGO Under the Blue Sky.

In the Best Choreography/Ballet/Plastic Performance nomination: Kryvyi Rih Academy of Motion Theater of Musical and Plastic Arts’ Tempted by Thirst.

The experience of holding the first All-Ukrainian GRA festival proves the fruitfulness of the efforts of its organizers. Despite all the difficulties that pioneers usually encounter, the event still took place. It showed theatrical Ukraine in its new aspects, uncovered an actual picture of the contemporary Ukrainian theater in its various, unexpected, experimental stage manifestations. One can argue about its quality, level of achievements, originality of solutions and innovations offered, but this is what we have now. Of course, it will be different tomorrow. This progress reflects our development path, gives hope for change and creative discoveries. Having the incentive to join the GRA (or Game), the actors and directors will strive to prove their superiority and originality, the experts will be able to analyze the state of the Ukrainian theater art, and the spectators will follow the development of modern theater and receive aesthetic pleasure. Such parades of Ukrainian theaters’ stage productions reassure one that the Theater is immortal! It is difficult to evaluate creative processes. Expert reviews, audience preferences, opinions of professionals are subjective, varied, and multi-vectored. However, this is just how it should be. We need to perceive theater with our minds and hearts. And do not argue with the great William Shakespeare! Yes, “all the world’s a stage”! And we are all part of the GRA/Game!