Graphics is a genre that reveals the class of an artist better than any other. For example, in the Soviet era book illustrations enabled artists to show creative fantasy and evade the so-called “social commission.” The Sixtiers liked graphics and monumental art. The graphic “gems” of the noted master Heorhii Yakutovych are well known far outside this country.

As is known, the National League of Ukrainian Artists launched the Triennale of Graphics as far back as 1997. Besides, the Yakutovych Exhibit-cum-Competition has been held since 2002 (one in two years). This year the two events coincided in time. So, it was decided to display the best works submitted for both competitions at the all-Ukrainian exhibit “Graphics 2018.”

Good expositions, such as the recent one at the House of the Artist, are not often put on in Kyiv. There were no “run-of-the-mill” works among several hundred items of “book illustrations, prints, original graphics, and watercolors” (these are the nominations at the Yakutovych Exhibit-cum-Competition). 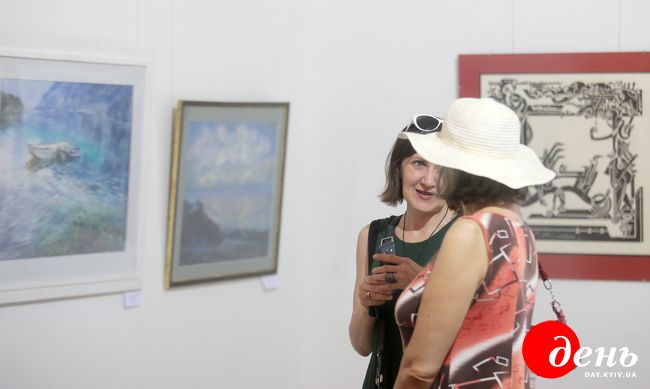 This was not the first time the Exhibition Directorate of the National League of Artists boldly united traditionalists and innovators in a joint project: works by the stars of Ukrainian contemporary art (Anna Myronova, Viktor Sydorenko, et al.) stood side by side with those of the living classics of national graphics. Taken together, these different poles of visual art made quite a true picture of modern-day Ukrainian graphics. The exposition consisted of pictures by well-known authors – Yurii Honcharenko, Volodymyr Ivanov-Akhmetov, Kateryna Korniichuk, Mykola Kochubei, Andrii Levytsky, Vitalii Mitchenko, Yurii Rubashov, Oksana Stratiichuk, Viktor Sydorenko, Vasyl Chebanyk, and Andrii Chebykin, as well as of the works of young artists who show a high professional and creative level.

The most interesting point in large-scale “collective events” is a possibility to spot, behind a large number of works from all over Ukraine, the tendencies artists follow deliberately or intuitively. It the art market, not the “state’s commission,” that forms the art fashion in Ukraine today. Also, judging by “Graphics 2018,” book illustrations remain the “queen of demand” on it. The exposition also included a lot of good “interior works,” such as traditional prints, engravings, watercolor landscapes, etc. Their price was reasonable even for the impoverished Ukrainian “middle class.” 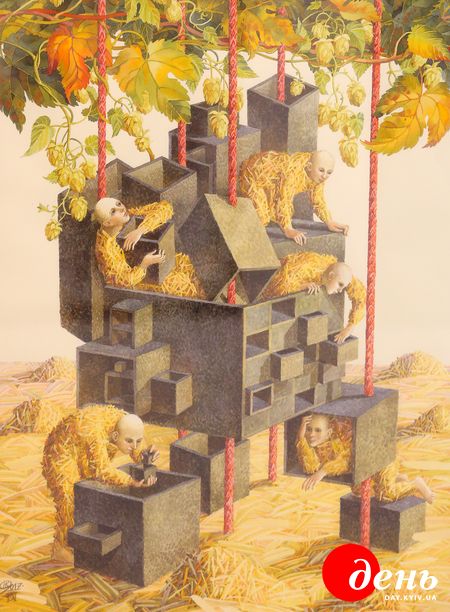 What seemed unusual is the intention of some authors to create “art brut,” or “naive” art. Who knows: maybe, a new Ukrainian avant-garde is being born before our very eyes out of the love for traditional amateur pictures, as it happened at the turn of the 20th century?

Another interesting trend is semblance between a number of book illustrations by various authors and street graffiti. The fad for muralism has swept over the whole country in the past few years after the Maidan. What became an example to follow for young colleagues is, among other things, street art murals of the Interesting Fairytales duet. So, it is no wonder that it has been easier to see new works by “fairytale narrators” Volodymyr Manzhos and Oleksii Bordusov abroad than in Ukraine in the past few years. 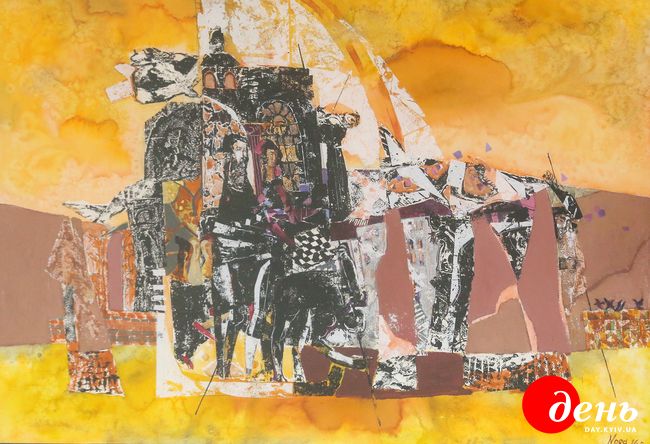 Art knows no borders. It is possible today to do art and to remain a patriot of Ukraine at any point of the globe. Contemporary “depoliticized” Ukrainian graphics is speaking with the whole world in the same language.