...And elements of lifestyle (a tour of the Lviv Museum of Ethnography)
Tetiana Kozyrieva

“It was quiet again, except for Grandpa Panko puffing his faika” (Ivan Franko, Collected Works, Vol. I, 1955, p. 289, short story The Lower Depths). This quote is for those who do not know such an ancient Ukrainian word as faika. And now, with the help of the classic writer, it has become entirely clear to everybody that it is a “smoking accessory.” I will now list a few synonyms on this occasion: liulka, tsybukh, nosohriika, tsupechka (because it is short), cherpianka (literally “sherdy” because it is made of clay). They are beautiful!

There are few faikas in the collection of the Lviv Museum of Ethnography and Handicrafts (MEH). The total holdings amount to 70 exhibits. Of them, 10 early-19th-century pipes are on display permanently. The Day learned it from head of the MEH’s exhibition department Andrii Kolotai. He added that the faikas were made of various materials (bone, hardwood, artistic metal, porcelain). All of them are luxuriously decorated. Each of them has some unique style features. The ceramic one is so light and weightless, as if made of paper. These smoking “implements” were created by skillful peasants as well as professional craftsmen. “These exhibits cannot but impress and make us admire them, because they are very interesting,” the museum employee told us.

The collection has been cataloged and repeatedly exhibited in dedicated events, both at the MEH and elsewhere. 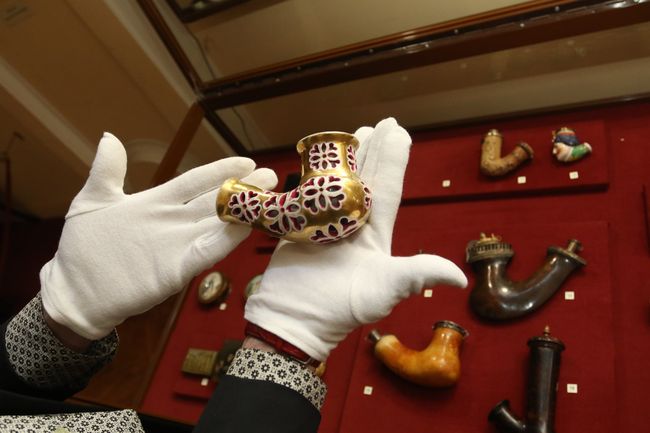 The MEH inherited its pipe collection from the Municipal Industrial Museum, founded in Lviv in 1874. It is known to have purchased pipes at exhibitions, auctions or in antique shops in Vienna, Berlin, Paris, and other European cities. “The purpose of these quests and purchases was to teach Galician craftsmen to make pipes emulating best examples of decorative and applied art of that time, the pre-World-War-I era,” Kolotai said. He then added that the museum expanded its holdings also after World War II, as private collections were being liquidated or reformed. 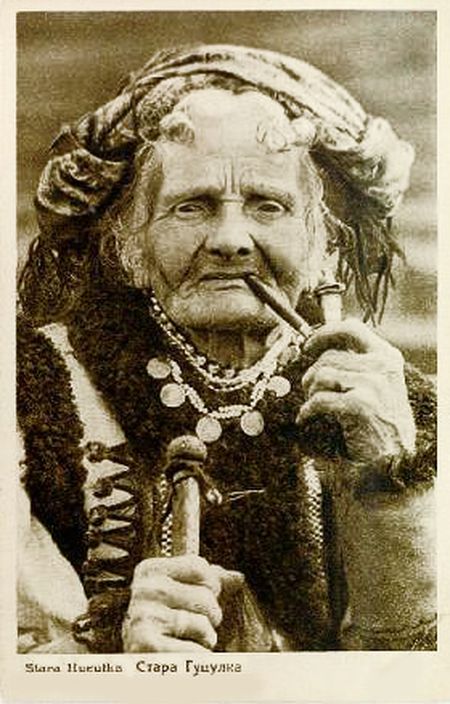 On that occasion, we also discussed with Kolotai the fact that pipes attracted not only men. Let us recall the well-known 1926 photo by Mykola Senkovsky, called An Elderly Hutsul Woman, that won the Grand Prix in Paris in 1931. Subsequently, I searched for information about the subject of the old picture. And I found it! Her name was Maria Krechuniek. Born on April 26, 1836 in Yaseniv Horishnii, the Verkhovyna raion, she lived to be 100. Always, even when very old, she was smartly dressed. Krechuniek sang well. The neighbors called her Chukutykha, because she was married to Yosyp “Chukut,” with whom she lived for half a century and had five children.

...At the end of the faika tour, I once again thought that I had gone to the museum with a specific purpose in mind, but found a lot more. Please, visit museums, as there is a lot to see there!